What is "Added support for clothes that replace your body mesh for mods."?

Still don’t know how it works. I tried to use the new data on my shirt. But the character just disappear. 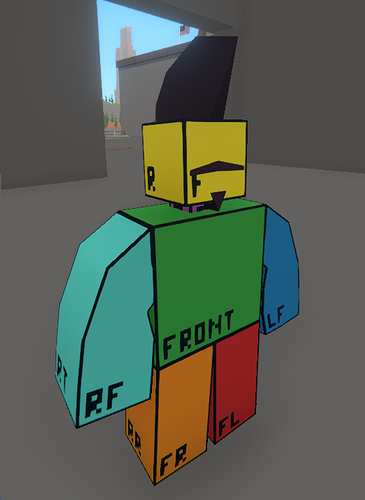 It appears to be support for completely replacing the playermodel’s mesh and textures with your own models. Currently there doesn’t appear to be any examples or documentation, but once that’s cleared up you can use this to make custom zombie/NPC models for your mods.

Wait, so we could have fallout power armor? Or exosuits? (ofc they wouldn’t work but STILL)

Theoretically you can, however from the looks of things this was made to work best on zombies and NPCs only. As you can see in the picture I posted, it changes your entire body, also hiding your face and clothing (you still wear the actual clothing underneath the body mesh, though.)

There’s nothing stopping you from making stuff with this, though, since these do function as items ingame.

but can you make your body smaller or whatever with them, or is the player model still there?

well there’s fiffe’s clothing mod that includes fallout power armor. Idk if it still is up though, or if it still works because of the upgrade to unity 5 or whatever

The only 3d things on that mod was the helmet and vest. Everything else was 2d.