What is your favourite thing about U4 so far?

Even though I have not played the game yet, I feel as though my favourite thing is the new weapons and weapon mechanics! PvP will be great!

nelsons voice
it is very soothing

Probably how long Nelson is taking with it. Everyone complains that it isn’t the gameplay ability of Unturned 3, but I’m glad he’s gone and scrapped everything at least once or twice because it shows that when we do finally get the game, it will certainly be up to par with our expectations. 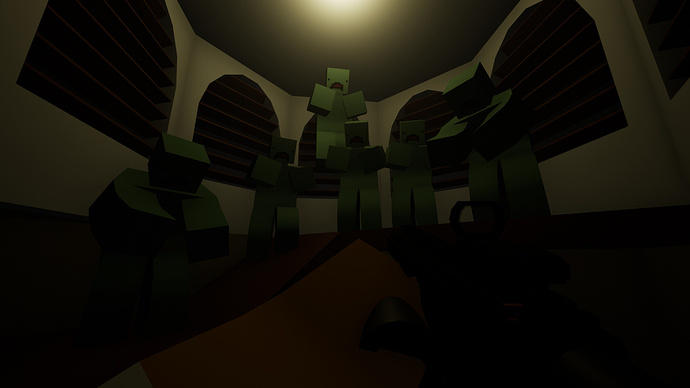 The Congos will rise again

The ability to shoot straight up and down while being prone or crouched. Also tweaking height.

the (kind of broken) ragdolls

I have had the beta since the second day it came available to people with 2400 hours and i just found this forum. I honestly can not say there is one thing i dislike about it so far, everything has been A++. The prone to standing scroll wheel has been my favorite so far. Along with the gun mechanics and ability to shoot 500m. Cant wait to finally do some real snipping. The big thing I am hoping for in U4 is the survival aspect. Which I know Nelson has addressed before in one of the devlogs. Nelson mentioned before about crafting times, I do hope that the crafting times are not stale waiting timers. I would LOVE to see a little crafting animation similar to the socket wrench animation and sound effect. But all to excited to play the game and so far it is exceeding expectations.