Why unturned 4 can't be a survival game

from browsing this forum it has become apparent that everyone expects 4 to be a perfect game, yet they want it to be perfect in very different ways. ask most people what they’d want from it and they’d probably give a very vague answer along the lines of “more survival based!!!”, which itself could mean something completely different to different people.

the thing with 3.0 is that it accommodates many different playstyles such as :
-vanilla/early curated survival
-post-elver curated maps
-semi-vanilla/modded (plugins n shit)
-PVP:
->unturnov
->rusturned
->sandbox/creative
->whatever the hell that one warzone server is??
->uncreated
->arena/deathmatch
-RP/semi-RP
-modding/mapping (there’s ppl that exclusively do these lmao nerds)
-people who dont play the game (but still discuss it very passionately)
-others that i cant think of rn

and people dont seem to want to understand that a sandbox game does (and should) accommodate as much playstyles as possible. e.g with the recent PVP changes i saw many people cheering abt how the PVP tryhards are so stupid for complaining about it but like bruh they should have a right to enjoy the game in their own way too no?? unturned dosen’t really have a “correct” way to be played anymore (not until official servers lolololo), theres way more modded/rocket servers than vanilla stuff like SOD.

so like whats the solution to this?? wtf should unturned 4 be?? as a very unbiased map maker/modder i believe 4.0 would be best created as a pure sandbox. allow the community to make shit and then play on it. like idk maybe a basic survival gamemode but make it so moddable that u could turn it into like no man’s sky or smth idk. tbh now that im writing this i got a flashback to when nelson said that modding tools would kinda be more of a priority than they were in 3, so perhaps this video essay is arguing for something that’s already gonna happen which means you just wasted 3 minutes reading this L

GMod but Unturned is pretty much my main interest in UII, but I still feel like a survival mode should still be the main focus outside of working on new modding features.

There should be a basic framework for it that anyone can use for custom gamemodes, but since the name is “Unturned”, it wouldn’t be fitting if the main focus wasn’t some kind of survival mode with zombies.

I don’t really have any thoughts on this right now other than I’d like an official and somewhat advanced survival mode instead of ten different takes fighting for popularity early on in the game’s life. And, assuming it’d be a free game as U3 is, I don’t think newcomers would be interested if there wasn’t a default gamemode to get them hooked on it.

I personally think if Unturned II is to resume development it should do so on Unreal Engine 5. Let modders play around with the various tools and features that Unreal Engine 5 has such as planetary generation plugins and what not.

Do I think U2 will resume development, no. This is just hypothetical thinking on my part.

I like the idea of an official survival mode like craven mentioned. I started working on a UII style concept map similar to what Bungo did with Nevada a while ago, because I wanted to try out the art style and see how things might look. Currently its just using similar landscape materials to the U3 Washington map. Unreal is a lot easier because you don’t really have to deal with LOD’s and going back and forth between unity and the map editor. 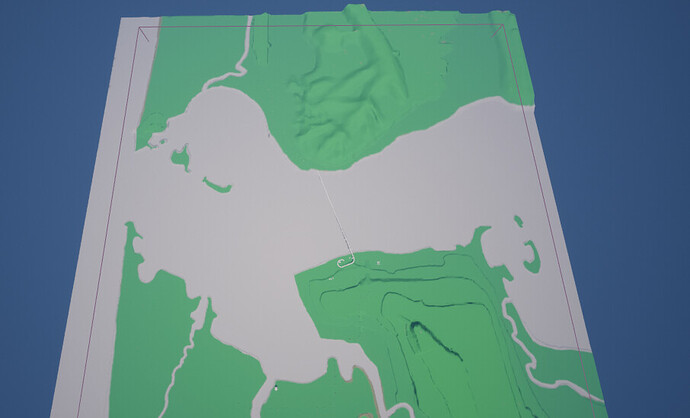 with the recent PVP changes i saw many people cheering abt how the PVP tryhards are so stupid for complaining about it but like bruh they should have a right to enjoy the game in their own way too no?? unturned dosen’t really have a “correct” way to be played anymore

People give em to much hate sometimes fr.

back and forth between unity and the map editor

I was working on something to deal with that at one point, design map in Blender and then send it over to Unturned when done.

The base game can and should be survival. What people mod in is their choice. The mechanics and underlying systems should be generally applicable, but making it a sandbox game like GM is not a thing Nelson (can or) should do.