I started making window frames for UII. The window jambs for all the windows are 0.05m away from the inside of the window frame, and 0.1m wide. Some windows are separated into multiple parts in order for the window to be moveable. I also excluded hinges and locks since I hadn’t really considered what to do with those, and I kind of feel like the hinges would be unnecessary.

These are double hung windows 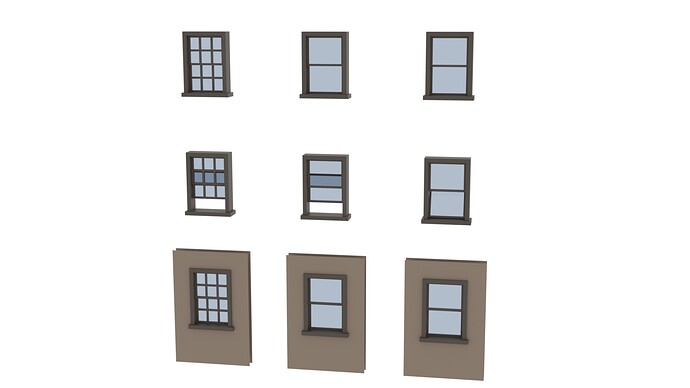 These are all windows with a single pane of glass, I’m not sure if its necessary to add extra panes of glass when you have a lattice design or if it would be. 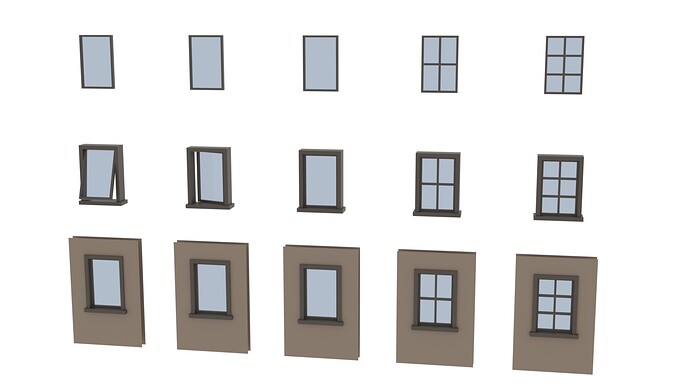 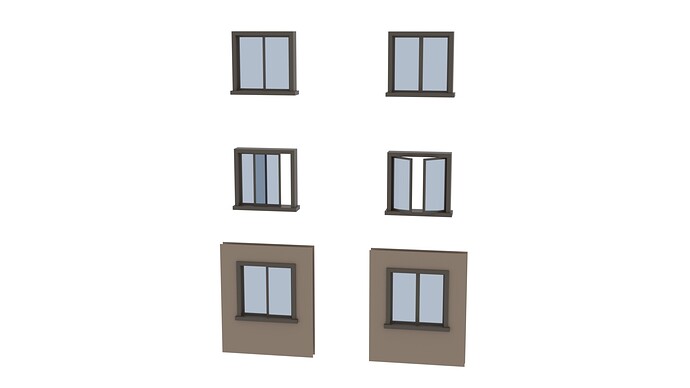 These windows are not in the standards for UII, but if a map like Greece ever existed again, I think these windows would probably end up happening. (I forgot to add the upper window in my render) 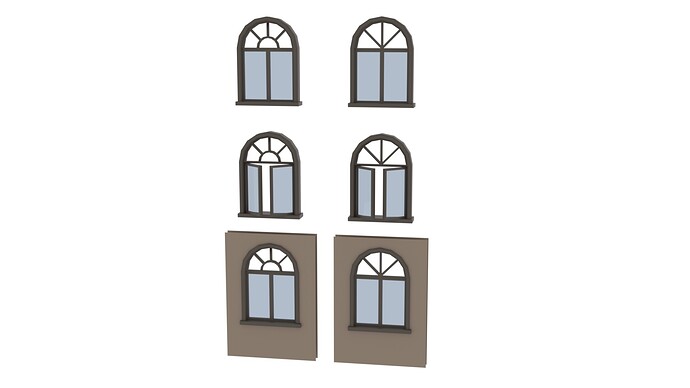 The first two windows are not a part of the standards given by Nelson for windows, but I felt the 0.5m height for upper windows was maybe a little too low for a window that can open so I made the left two windows 0.75m tall to give perspective. Right and center windows are hopper windows, and left window is an awning window. These kinds of windows are common in basements and bathrooms. 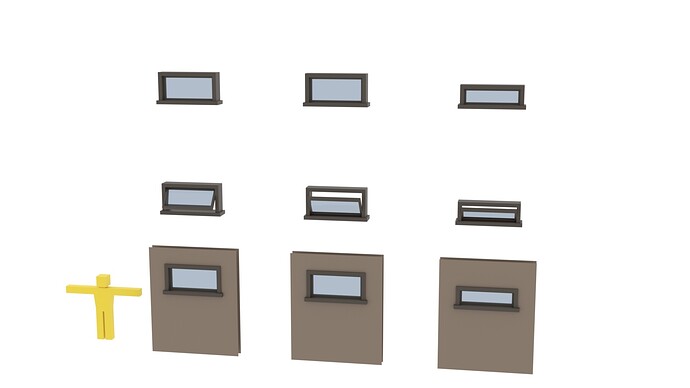 I also made some larger window frames to show what they can look like. Overall the standard window frames seem to account for 90% of the windows I want to make when modelling a building but it usually starts to lack when I switch from residential to commercial or industrial. I am guessing the rule isn’t followed 100% since buildings like the chapel and one other seem to break from standard window sizes. 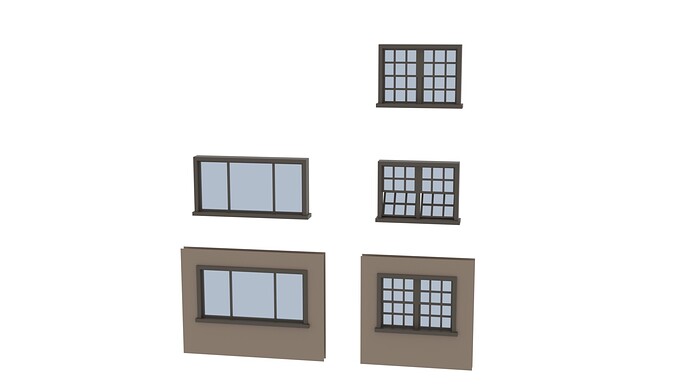 This was my original idea for how a window frame could look, but I decided it was too complicated and having that extra layer between the wall and window was too much. 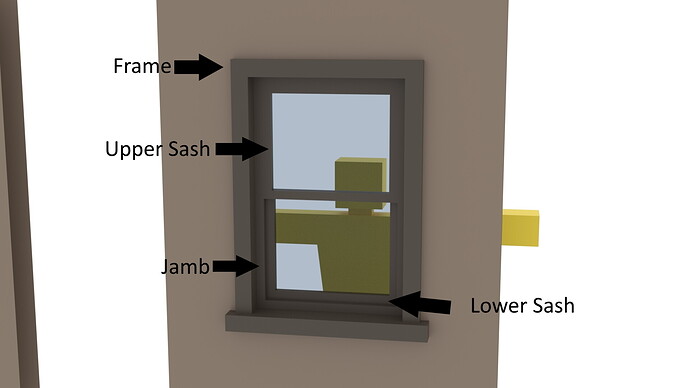 They look very good and realistic to me, good job.

Someone suggested I do this a while ago and I forgot, so here is a model viewer. (Will do this for all future posts most likely)