Windsystem in U2 | Impact on PVP


One of the most rewarding game elements in Uturned is the PVP. Currently players only have to master two skills to shoot acurrately: bulletdrop and recoil handling. Both of them need very little training. An additional mechanic would make long range shooting more challenging and thus rewarding, especially for exprienced players. This is why I would like to introduce my idea for a windsystem in U2.
It consists of two parts. The most gamechanging part will affect the travel direction of bullets. The secondary part is about visualising the wind.

Obviously the wind should influence the bullet travel direction depending on the wind' direction and speed. To not make it unnecessarily complicated the wind should be the same for the entire map. The direction could be similar to the 360° system of the compass.


The speed could be anything between 0 and a value, that doesn’t push the bullet out of the scope in the most disadvantageous circumstances (highest wind speed, wind direction perpendicular to firing direction, lowest bullet speed, highest zoom). Anything beyond that would encourage the players to shoot parallel to the wind direction, but not seeing one’s target while shooting would be very annoying and unmanageable for new players.

Of course the wind would need to randomly change its direction and speed over time. However this change needs to be applied gradually and not suddenly invert the direction in a matter of seconds. That would be very annoying, if it happens during gunfights and highly unrealistic .

To add a bit more realism it might be a good idea to affect larger projectiles, like arrows, more than smaller and more aerodynamic bullets.

All the mechanics described in Part 1 are useless, if the only ways to notice them are the tracers and the distance between where the bullet was supposed to hit and where it actually landed. Thus it is mandatory to implement possible methods for approximating and measuring the wind’s speed and direction. This paragraph will suggest some approximation methods for recently spawned players as well as possibilies to measure the wind more precisely with high tier loot.

The first options that come to mind are clouds and waves moving in the wind’s direction with variyng speed (clouds) and size (waves) or moving foliage, like grass and shrubbery (bending in the wind’s direction with the bending degree depending on the wind’s speed). The corresponding graphic options would naturally have to be activated to make these things visible. So far most players disable such options not to make their game run faster but rather to spot other players earlier. This is an incredible advantage and heavily impedes players wearing the ghillie suit. This set is supposed to be high tier loot, but has no advantages over a military set, while providing less carying capacity and protection. So rewarding players for enabling foliage would likely put the ghillie suit’s use value closer to it’s rarity.

A different method to approximate the wind could be a special gesture. On activation the character licks their finger and points it in the air. After this action it would break immersion, if u could see some numbers on your screen, displaying the exact direction and speed of the wind. Instead a possible output could be a sound for the player that originates from the same postion as the wind and is as loud as the wind is fast. Such an action would obviusly require time, during which the player could not shoot. That’s why i suggest making it randomly imprecise at the beginning and increasing the precision proportionally to the time, the player takes to approximate the wind this way. After all, what makes this action viable, is that it can be taken, while the player is hidden from the target and preparing his first shot, which needs to hit.

More sophisticated methods for measuring the wind could include a tactical attachement for players with access to high tier loot. This might look like a little windmill which turns in the wind’s direction and rotates faster at higher wind velocities.

Since it is so technologically advanced it might even display little numbers, similar to the rangefinder.

The last possiblity i can imagine is some sort of makeshift device. The player could craft a little wind sock with a stick and some cloth. This item could be held in one hand and might look like this, but smaller. Alternatively there could be a mid tier wind measuring device: 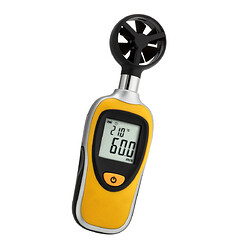 It is held in one hand like the walkie talkie and can be found on airports, at spots for hang gliders or at beaches where it was used by surfers.


English is not my mother tongue, so I would like to apologize in advance for any imprecise expressions and spelling mistakes. Nevertheless I hope to encourage a friendly discussion and good faith criticism

Have a nice day

I dont think bullet wind would be good, its kinda complex and would ruin the games charm, if I wanted ultra realism I would play dayz cause it could probably do a better job at realistic gameplay (probably not fun though lol)

Thanks for your reply. I‘ve had contact with @SDGNelson before in which he brought the suggestion for implementing it into a hardcore option for those who want some more realistic engines.

While the majority of these would be fine, albeit like others I don’t like the idea of wind affecting ballistics mainly just because it feels unnecessary even with larger maps and would likely make Unturned’s wonky ranging even more of an issue, having wind actually affect more than making trees shake weirdly would be nice.