Here are some of my really old Unturned screenshots; lots of nostalgia 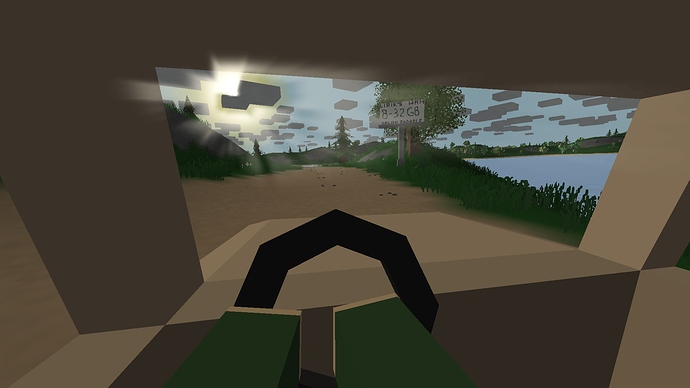 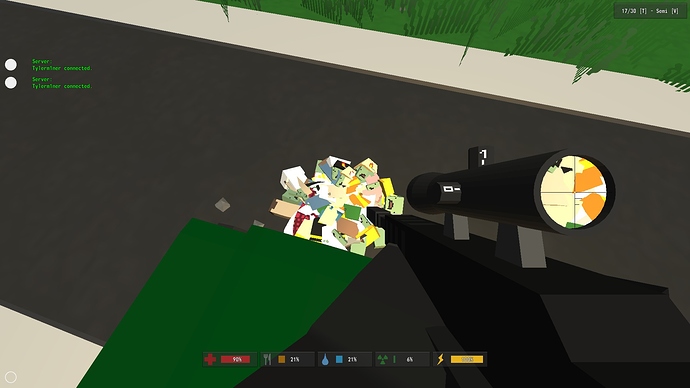 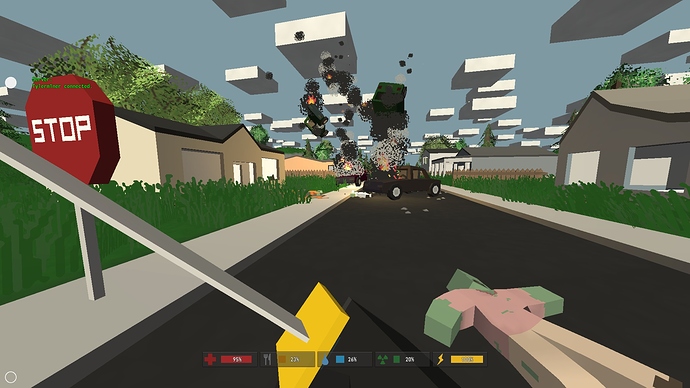 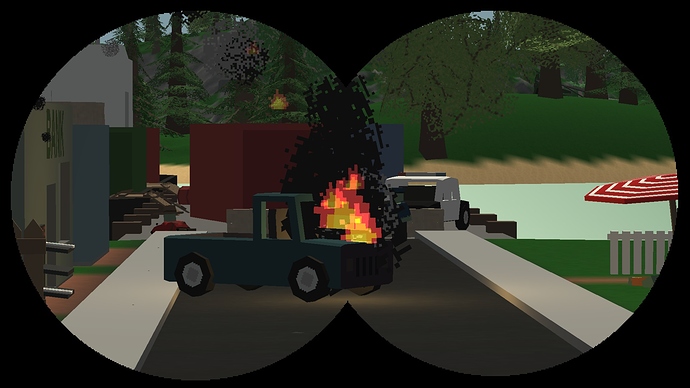 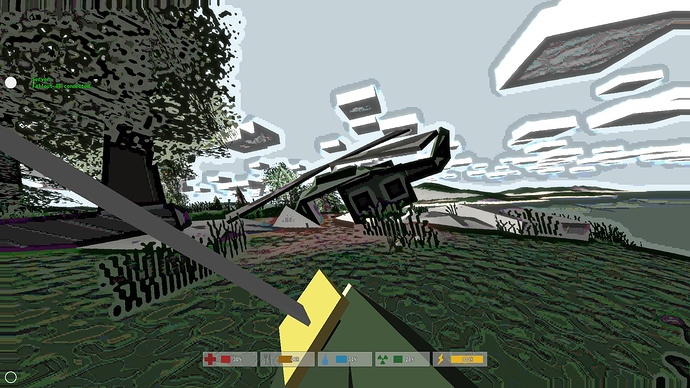 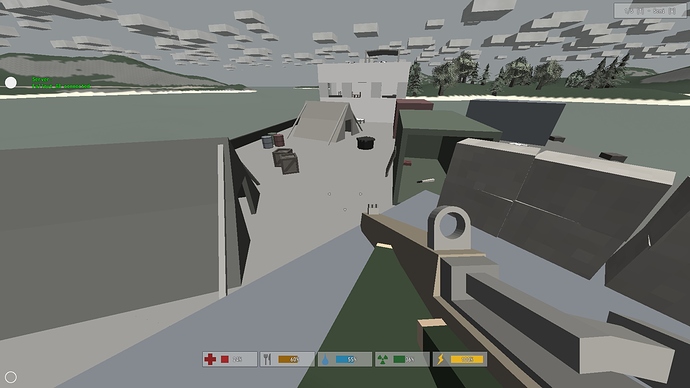 I had some more but I deleted them a while ago because they were too cringe. I took the two photos above on July 25th, 2014, about the day before Mac support was added to 2.0.

It’s just so weird to think that last Monday two years ago, the tutorial was added to 3.0, and now Nelson’s working on 4.0.

I was a pretty determined explorer back in the early 2.0 times. It was fun collecting new items and finding new places before everything is known and documented in the wiki

I thought I’m the first discoverer of this island. Well not really exciting because the island merged with the mainland and the name is replaced by Burywood town after a few updates in pre-steam 2.0. Now long gone… but not from my memory! 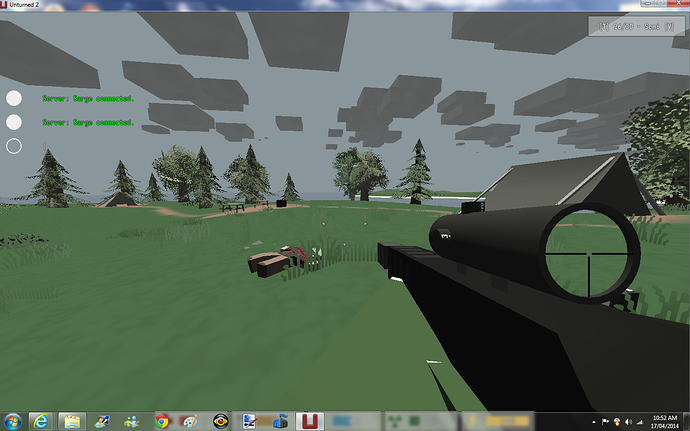 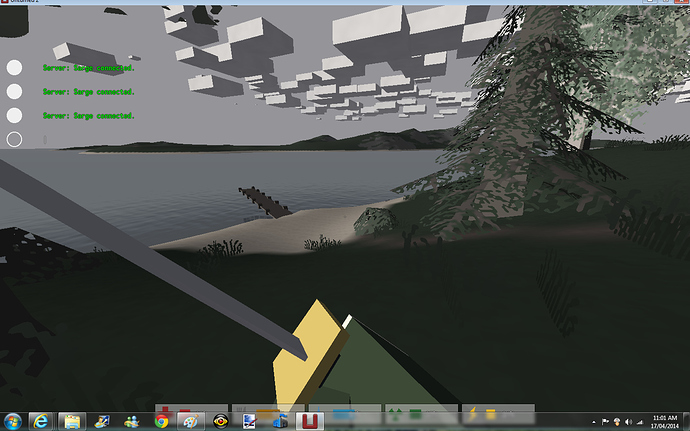 Yeah that’s the downloadable EXE version with the old logo. The date at the bottom right corner is also an indication

Wish I had pics from 1.0 but at that time I wasn’t engaged in wiki activity or photography

I don’t actually have the picture in my files anymore since I’ve since had to replace my PC, but I did upload them so I guess I’ll just re-download. Thank goodness my cringe captions don’t come with them. 716 screenshots to this day and climbing, I guess I’m quite the avid photographer. Here’s some highlights from the early days:

My first ever Unturned photo by date, however the second one uploaded. Taken on the original Monolith, with my solitude a stark contrast to the bustling life of current Unturned and my RP life. 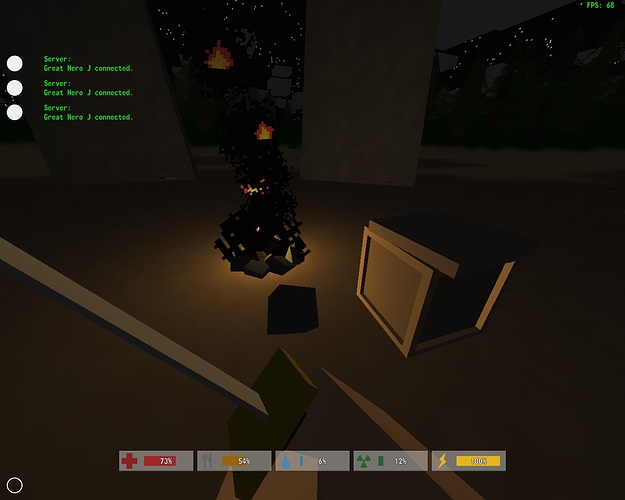 My first uploaded photo but second by chronological order. I found it funny that I had placed a floor over a campfire, and now I had no way to turn it off without destroying the floor. 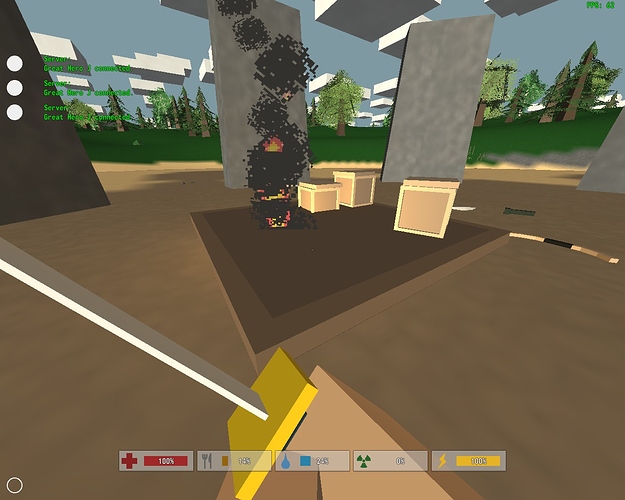 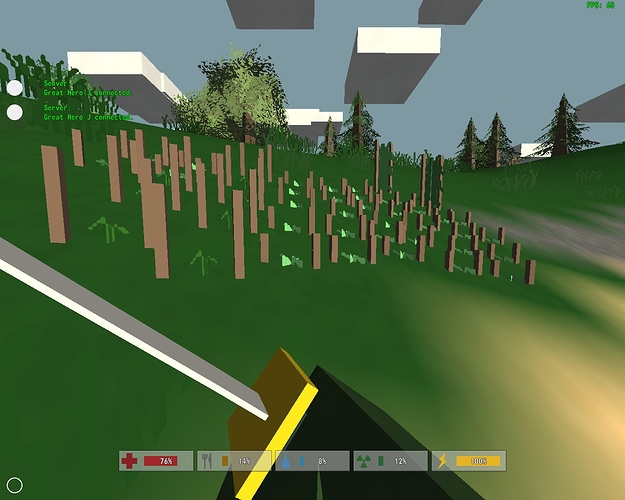 Another brief brush with death in Donut Town (Burywood). I blamed the car. 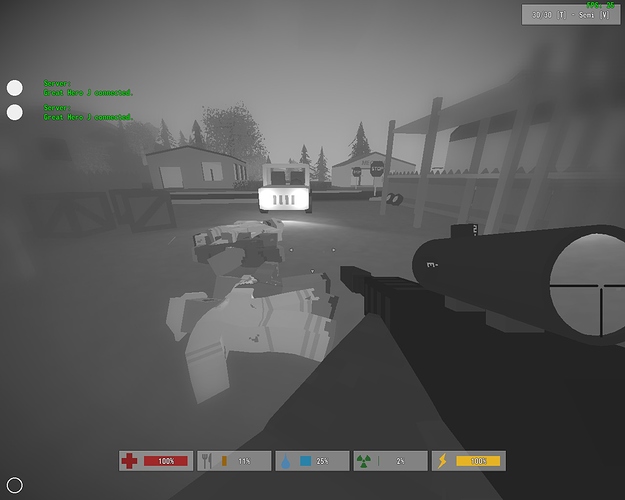 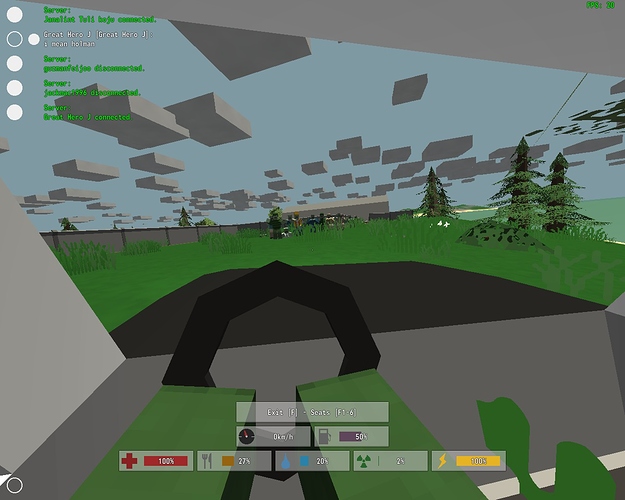 Another day, another horde dead. 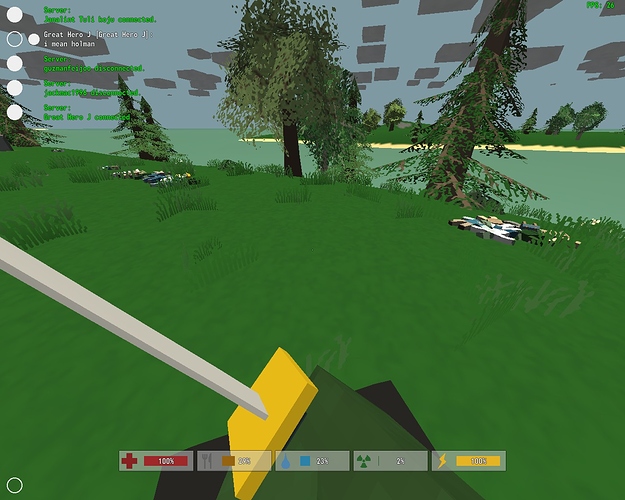 Bonus #1: The first days of Flight in early 3.0 were…interesting. 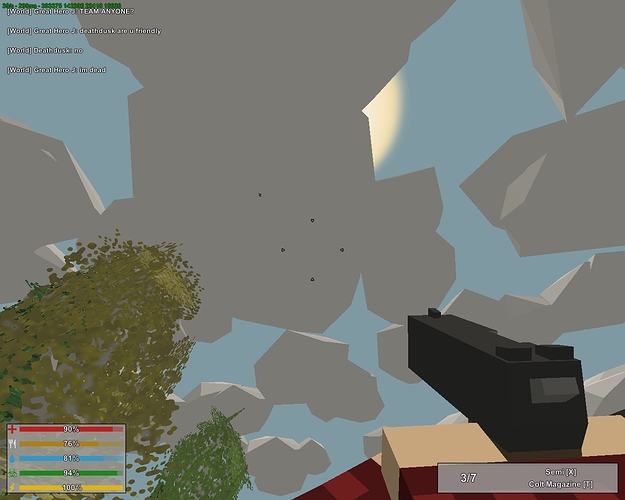 Bonus #2: Reminiscent of more relevant times playing in Washington creative servers, yet this was so long before. We held an Ontario skyscraper rooftop from bandits, a 10-man fight from all sides. This was before admin abuse was widespread and I had a lot of fun with friends. Also, a desert military top with Canadian insignia is quite peculiar. 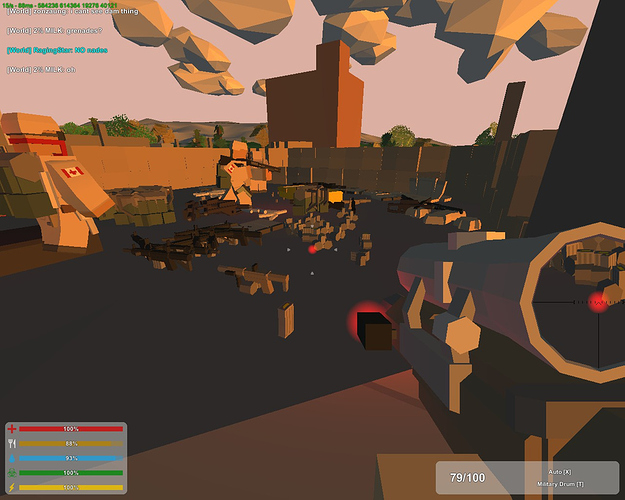 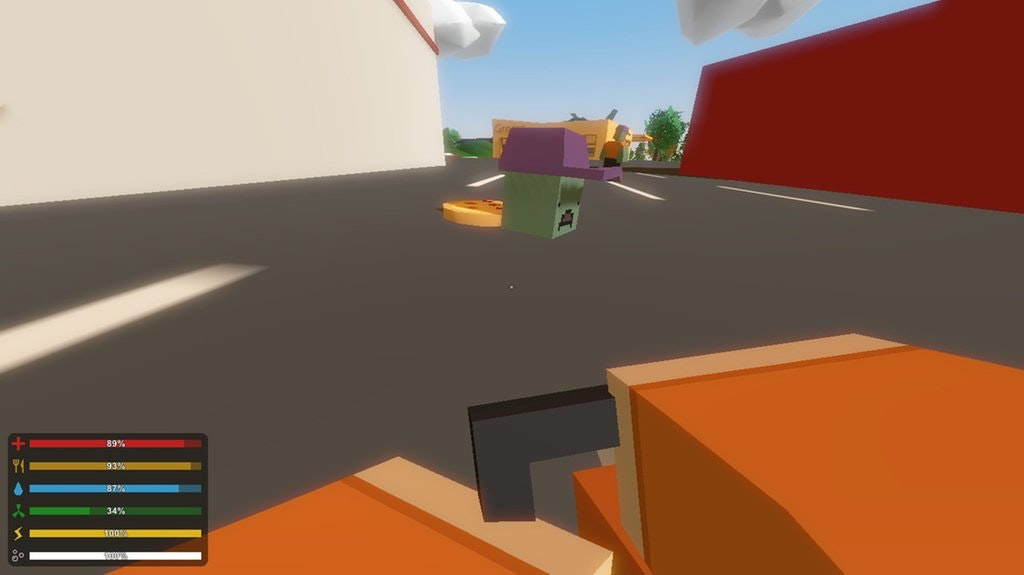 It’s just so weird to think that last Monday two years ago, the tutorial was added to 3.0

Holy shit, It’s been that long?!

Kinda off topic, but I remember doing something just like that in Ontario, but it was right after the Shadowstalker update happened (in fact the update that removed its neat green bullets and sound effect), and thus it was a 5v5 shadowstalker war (with some eaglefires and other guns mixed in). Great fun, I wish I’d saved some screenshots.

I do miss Canada.

I miss that too, everyone on my server would try and rush the Scorpion-7 base to get the Shadowstalker and then try to kill everyone.

Same here - although Canada was weird and didn’t feature my whole home province of BC, I still remember how I would always make my base in Vancouver (my IRL hometown) and every time I spawned into a new server or died, I would have to do a Terry Fox style Marathon of Hope across the entire country (all the Canada spawns are on the East Coast), meeting new people and doing cool stuff along the way.

That journey is a rite of passage which I have never experienced in any other map.

I would do something similar, but I would travel the train tracks (usually from PEI or Ontario) to Saskatchewan, before heading further west. I’d generally hit the military base or Vancouver. 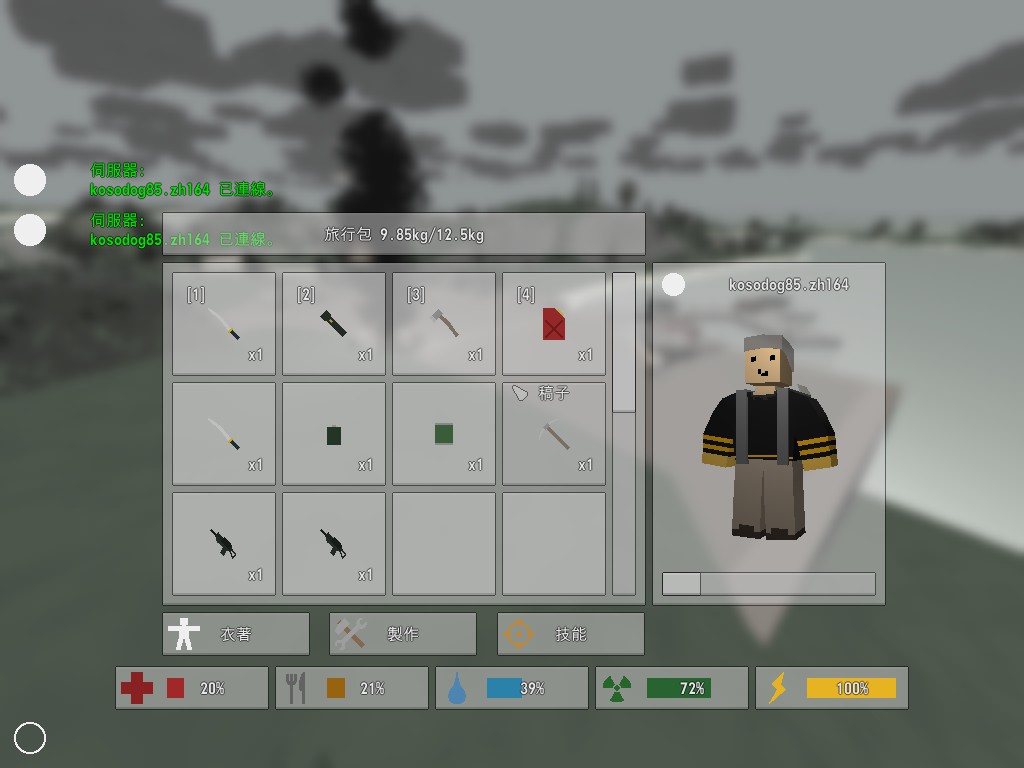 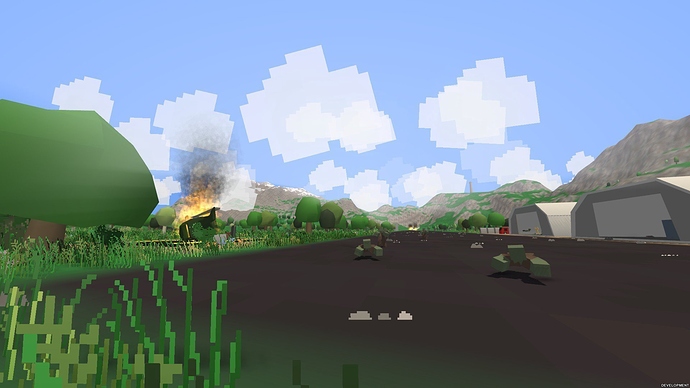 The image filename is “haha.2016” so I assume they played Antique off the Steam branch for it (which was brought back on April 15th, 2016).

Still a couple years old though! Look at the smoke.

The image filename is “haha.2016” so I assume they played Antique off the Steam branch for it (which was brought back on April 15th, 2016). 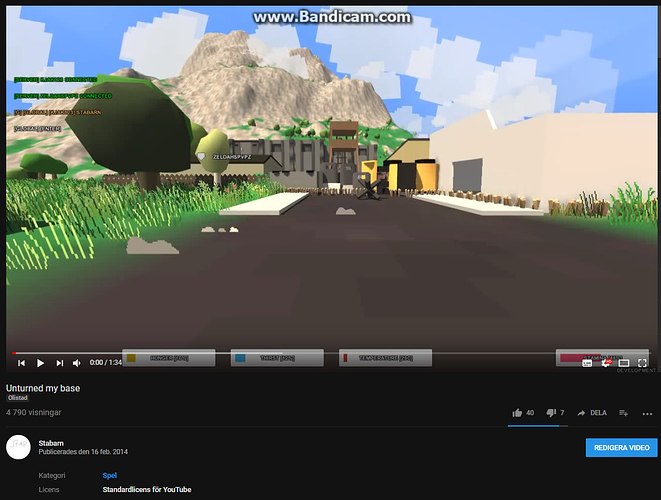 You know you could’ve sent the link, right?