You haven’t found out until now? INFIDEL!

Release date for the beta?

No estimate right now, but he was hoping for one earlier this year. Due to burnout, he took a small break. There’s a version of the game where everything is working, but Nelson has been redoing a lot of things recently.

Nelson is thinking about getting a very simple beta out, after the animations are redone. As more stuff is redone, more things will be added back into Unturned II. He wants something playable out soon, so people can feel that their voices are being heard.

What would a street named after me be called? XD

Z00M’s questions weren’t really the best, there were the obvious ones that he practically needed to ask to address his last video, but the other questions were a bit pointless. Good interview though pretty informative with the new info.

Completely agree. Fortunately, Nelson’s own passion for the game really helped to keep the interview moving forward, as he frequently expanded into things that weren’t specifically asked.

I also would have liked to hear more on Nelson’s plans for the Turned in the interview, but I guess we’ll just have to wait for more info from the man himself on his own terms.

And we’ll be using a Hell’s fury brush along with Crimson red, Just lightly tap the brush along the canvas, and and in this world, anything is possible. 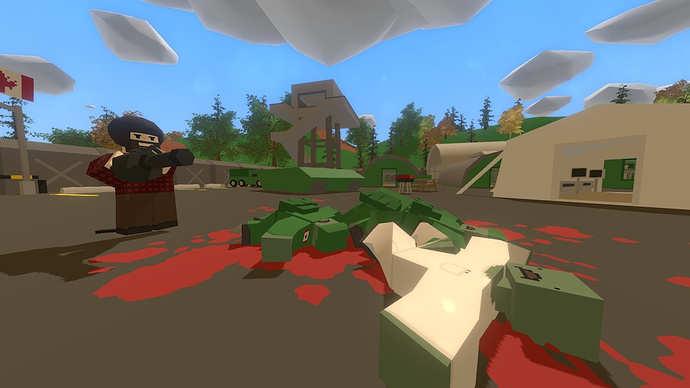 I think this meme has been done before.

Yes, I stole it from my own previous post.