Zombie suggestion, zombies based on legends

Well it is a fact that we will have new zombies, so I thought of having zombies that are based on popular legends, as a large part of the fan base of unturned and Nelson himself are from North America, and probably the main maps will be set in that place I decided to use as an example the wendigo. 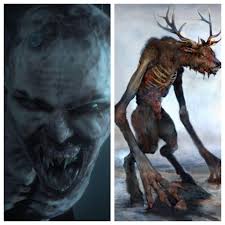 In short the wendigo is a human who became a cannibal monster (very similar to zombies) he is very tall and thin (Enderman of unturned II?) And inhabits the regions close to canada and the united states, it would be very cool to use the pretense of the virus from unturned to the personification of various myths and legends in the form of new enemies Turned, it would be interesting to have a big foot hunt that is actually a bear infected as a mission in steam, and the wendigo that is basically a very tall zombie, for me scary zombies that are really scary are missing from the unturned, not only for making you lose your loot but for being unpredictable, a way I thought of dealing with as it is, it only appears in regions with ice mountains or in forests in the winter period , since it snows, it only hunts at night, it is very fast and resistant to shots although it can be killed normally by weapons, the most effective being a 12 gauge shotgun, being more effective to kill it with fire, if you do not move it will not let he see (yes, a lot of the behavior I’m taking is used in Until Down ), as the i, said the wendigo is just one example, we can have other zombie enemies based on legends, werewolves, mermaid zombies that attack in the sea, among others.

Yeah that could be a thing, however since U2 has interdimensional travel elements i think that enemies that look like creatures should’nt be zombies but rather the pure spawn of the entity in the dimension like the demogorgon, also we dont really need both Wendigos and Werewolves, both are doing kinda the same thing.

Another example if someone is to make a Missouri map would be “Momo”. A legendary creature that comes from a small town called Louisiana, Missouri (yes, some towns have weird names that’ll throw people off). According to the legend, Momo began making appearences in the Mid 1900s, but it didn’t really get any attention until the 1970s. 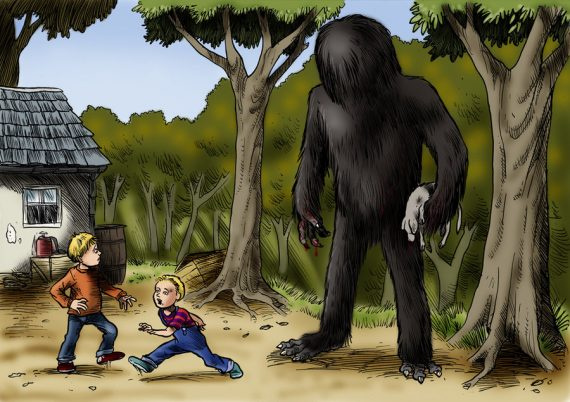 When Joan Mills and Mary Ryan were picnicking north of town they “smelled something awful”. Maybe there should be a line of dialogue that says when you’re near the Momo “something smells real awful”. That was the first major sighting in 1971. The real famous one was spotted by eight year old Terry Harrison and and his five year old brother Wally. It had a dead dog in it’s hand and was six or seven feet tall. The sister, Doris described it as “something out of a nightmare”. When the father Edgar returned home it was long gone, but the creature did leave footprints and there was strange black hairs within these footprints.

There’s also the Piasa, which is pretty much just a North American “dragon”, the Serpent of Mud Lake which is Missouri’s version of the Loch Ness Monster. However, the ones I mentioned besides the Piasa are minor folklore creatures. Speaking of which, on occasion /x/ can be good for finding folklore, but it’s mostly schizoposters and conspiracy theories so proceed with caution if looking for occult folklore.

It would be really cool for the dimensional experiments of unturned to start in the 1900s, releasing creatures in the normal world that generated these legends and the virus that attacks humans only to get out of control in the 2000s, it would be quite a script, I want enemies that are really scary , minecraft in the cave update decided to add a new monstrous mob and i think unturned needs that too. @WARCORPtm

I think if there are going to be fantasy creatures added into UII then there should be themed timed events or maps that aren’t part of the lore (like player-made curated maps) to give context to why they are there. This stuff would’t fit in or make sense at all otherwise and would just be pretty stupid imo.

And these can always be mods, it doesn’t need to be added to the base game. Anything is possible with mods

How about we add the anonymous😳

This legend thing is cool
cool like the sponsorship