Ok guys, I didn’t need to read that much to see this is getting out of hand…

I don’t want this game to become “Left4Dead III”…

So please, about weird mutations… 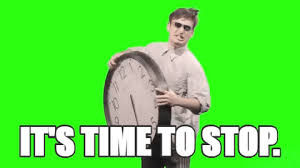 Slipping on marbles? Stepping on Legos? Would somehow be fundamentally more effective?

That’s under the assumption that every zombie would be lucky enough to survive the first landmine.

Correct me if I am wrong, but don’t landmines kill by shrapnel? The shrapnel would have to strike the head in order to guarantee a kill, and if it does not kill them, it most certainly incapacitates them (which you solved simply by just placing another landmine.)

Well, to an extent, yes.

Spikes to an extent can slow down and assault and could stop a zombie if it snags it’s clothes or flesh, but that’s a bit of a stretch.

Blades are basically the same thing, so I won’t say anything.

Pit falls are actually useful, do not doubt their effectiveness, especially if you fill the fall with spikes or blades. A zombie could fall in and become permanently stuck in the fall, you could then kill it from a safe distance using whatever ranged weapon.

And I know you were joking about the marbles and Legos. (sorry)

Note, I am not doubting the effectiveness of Landmines, they can be an excellent way to damage zombies, or slow an assault. I am just simply stating, because of their rarity and loud explosion (alerting other zombies) there are alternatives.

But when the horde is at the gates, and you have to pick and place your traps quickly, nothing will beat a landmine.

The shrapnel would have to strike the head in order to guarantee a kill, and if it does not kill them, it most certainly incapacitates them (which you solved simply by just placing another landmine.)

For the last time, those aren’t zombies; we’re talking about Turned, which we assume are mutants, not undead. The difference between both? That zombies specifically would requir a head hit to be killed, when mutants can have as many or less weak spots than a human, wether being among these the brain or not (all this depending on the mutation being talked about).

Just want to remind you all that turned is basically another word for zombies, and zombies in general usually have tons of mutations.

Why was that directed at pork of all people?

He was the latest comment at the time so I responded to him.

I can’t be the only one feeling small right now? Right?

Correct me if I am wrong, but don’t landmines kill by shrapnel? The shrapnel would have to strike the head in order to guarantee a kill

There are several undefined variables that have made this whole argument rather pointless.

Depending on what assumptions an individual takes on these, they could come to wildly different conclusions from others.

Fair enough, I think scrapping my entire arguement might be the best choice, as I was talking about
Landmines v. zombies, not Landmines v. mutants. I seem to frequently forget that our future enemy will be mutants, and nothing like the past three games.

They maybe interdimensional infectuous mutants judging from the excursions card on the Trello board, so them teleporting into cities rather than walking in from the edge of the map might make more sense this time around. (Of course being on the 4.X Trello board doesn’t necessarily mean something is canon or going to be implemented.)

Hmm maybe they came from another dimension but they still infected people.

When people say Mutant zombies, I usually think of The Last of Us 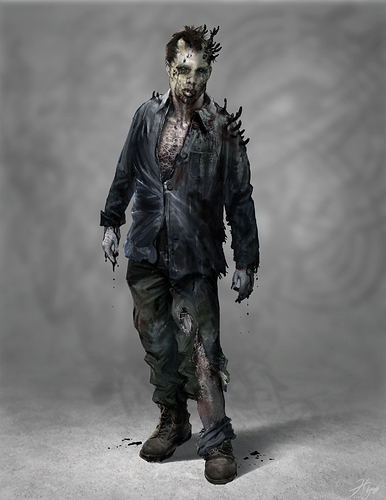 Or When they come from walls, maybe even Barnacles from Half-LIfe 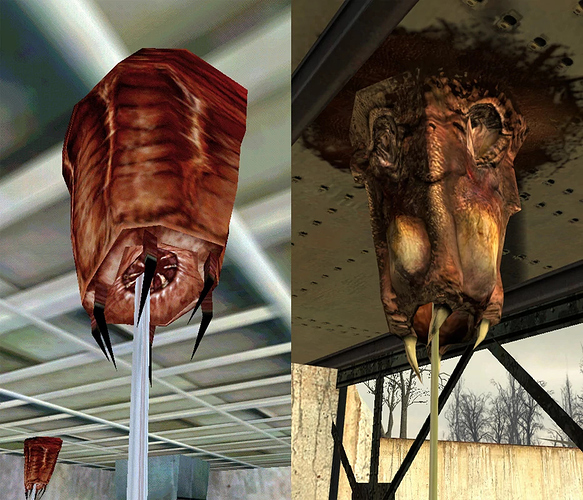 Those zombie spawner growths don’t seem to far off from how I pictured the Grapplers on the 4.X Trello board.

(? Having trouble finding the Trello, but there was something like that) on the 4.X Trello board.

Humorously enough, I think one of Molton’s pictures is quite accurate about how wall grabbers should act. 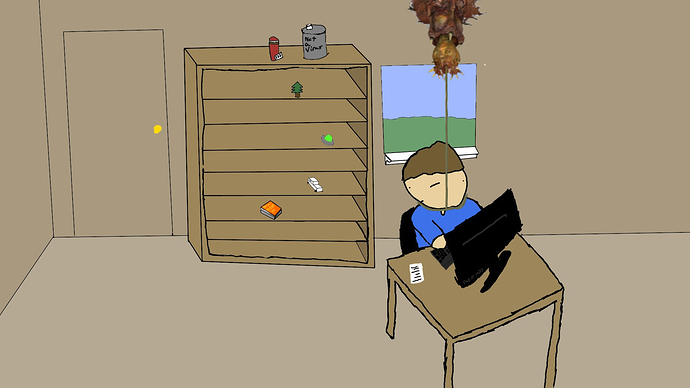