Well well well, i’m being chased by a mega zombie but i’m on the edge of the military base. Oh I got out of their walkzone. Now I can just punch it until it drops the sweets…
THE BIGGEST OF 3.X PROBLEMS Period.
I think that zombies must have full navmesh around the map like in 2.0 but to be slower than the player.
Or a following AI like in Minecraft if my previous idea is put in works.
I haven’t got anything to say more…

Um no, I don’t think that would be such a good idea, I think Zombies should follow you more, though instead of abruptly stopping and turning around, maybe they slow down, stare you down, and then finally turn back, maybe while there staring you down they could do some ranged attacks.
im tired sorry if this is a really poor idea.

Oh and imagine a horde becon in this sinario

Cover the entire map with landmines. They’ll all die off eventually.

What’s interesting about that, is that you would either walk into your own landmines, or zombies would step on the landmines, (But landmines kill by shrapnel, so in the end you would make all of the zombies crawlers since they would lose their legs.)

Again, yes, it does bounce up into the air and detonate, but it still releases shrapnel as it’s way to kill, and the chance that it explodes and pierces a zombies skull is low, but not out of the question.

They are not zombies. They are the Turned.

But you started to make me think, that when the Turned roam the Earth, our native weapons will most of the time stand no chance. We have spent our entire time on this planet killing each other, so much so that we have turned it into an art form, yet when any other entity strikes, we are left completely defenseless; and it is indeed even harder to fight an opponent which uses your army as spare parts.

The Turned are not caused by Solanum. Stop reading irrelevant material.

I never said they were, but we don’t know what causes it.

Indeed, they should remain “The Turned” that was just a screw up on my part; but could you elaborate by what you mean of “magic” powers?

The flame zombie and the flanker are totally non-sense for me.(magic)
Having some non-humanoid that can have boiling blood or the ability of getting invisible seems more reasonable for me than just zombies

Unless the zombies/turned are kept from falling apart and kept moving through literal magic, humanity definitely has the tools to destroy them. Also, the first landmine may blow off their legs, but the shrapnel (and to a lesser extent, the blast itself) of the next landmine they crawl onto and literally lay down on top of would, most assuredly liquefy them.

Surviving an Apocalypse is not easy, Turned or not. However, you are correct about the landmines, but it takes two landmines to take one zombie down, and at that point it may not even be worth it, there are plenty of other, better, traps that are quieter and more efficient.

Imagine if there a chance that when you dismember a turned, the limb would grow back as a mutated one , like a giant fking claw.
:3

Here is a Mega then 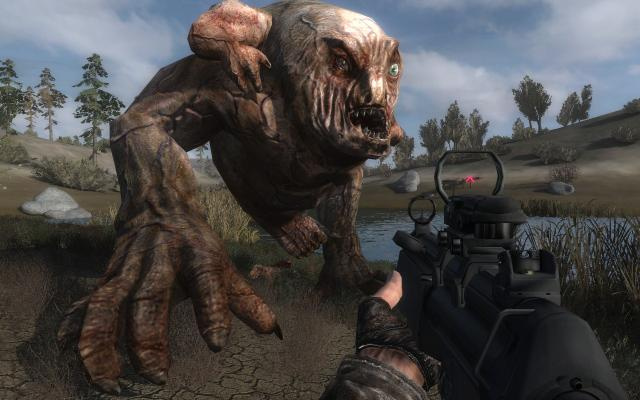 but it takes two landmines to take one zombie down,

That’s under the assumption that every zombie would be lucky enough to survive the first landmine.

there are plenty of other, better, traps that are quieter and more efficient.

So you’re skeptical about the effectiveness of shrapnel and explosions but think that what spikes? Blades? Pit falls? Slipping on marbles? Stepping on Legos? Would somehow be fundamentally more effective?