You guys are discussing 2R games like it’s a fine wine when it’s just a goofy youtube channel with some entertaining videos. If you don’t like their content or know anything about it properly, don’t act like your knowledgeable about it, just say you don’t enjoy it instead of attempting to coerce people into following your falsely strung together veil of excuses.

Ok but real talk now. Which cousin is your favorite?

omgg i love roze he has the best afro

I havent watched it in a long time

but i know it’s pretty bad.

You might not find old content enjoyable, since these “old content” were fun back in the day, but no longer is fun today. Like base raids might have been fun in 2017, but is now disliked. People eventually move on from old, overdone, boring content and this is also the case with most unturned youtubers.

and what is the “whole point of youtube gaming” if not what I said?

It’s about watching someone else play it and do commentaries over the gameplay. It’s not all about the game that is being played, it is also about watching other people enjoy the game and entertain the viewers while doing so. Also the whole “go play it yourself” thing does not make sense. You could be watching someone just to know what the game is about, or you could be watching them and then you see something interesting and wanna try out yourself. Or if you are not able to try out some stuff, you could watch other people try it. If you were talking about no commentary walkthrough videos, then you are semi-correct.

Yeah, that’s fair I guess. It’s just not really something I personally enjoy, but if people like that stuff then sure.

i never watched them but its interesting seeing an “og” return

Stuttart: yeah i’m not a fan of 2rgames
Syero: NOOO THAT’S WRONG THINK YOU CAN’T THINK THAT TAKE UR NEGATIVITY ELSEWHERE YOU CAN’TTTTTTTT SAY THAT

I used to watch them pretty early around 4 years ago. Even if its not the content I enjoy as much as I used to back then, its still good to see them returning as theres tons of people love to see them back. If anything then it only helps Unturned to get old players back in the game or new ones that discover the game through them. Good guys, blueberry hype.

You shouldn’t knock a video just because of the thumbnail and title. They made clickable thumbnails for short attention spans and that’s how it is on youtube, I don’t blame them for that. But comparing videos like 2rgames and p9nda, there is a stark difference between their content.

In a P9 video it would just be a base raid and he gets some loot and says WOOOOooaoaoH and then it cuts to outro.

In a 2r video you’d go through a goofy narrative, they’d often get sidetracked by their own personalities and the goal of the video usually isn’t BASE RAID it’s some other motive to keep you intrigued.

I don’t have a problem with base raid videos it’s just a cliche that has been overdone. I’ll still watch them from time to time like I’d watch a marvel movie. Super overplayed but can still be fun.

I kind of find it strange that people would be criticizing them like this when they have some of the highest quality videos with top notch edits, gags, and commentary. 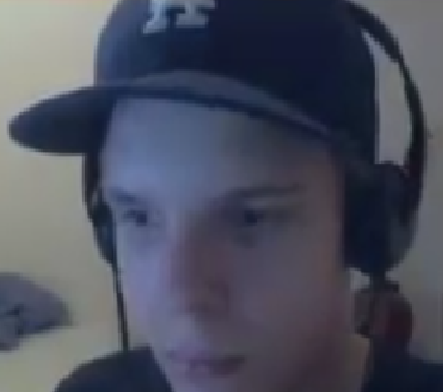 In a P9 video it would just be a base raid and he gets some loot and says WOOOOooaoaoH and then it cuts to outro.

wasn’t trying to discredit your insane base raids or anything

@P9nda
This is blocking your path, what do you do?

There personalities hold a key place in my heart, right next too cuckolding. (fuck i can’t stop making these cucking jokes someone help me, but seriously, they do hold a special place inside me)

They do have unique personalities which is probably the key to their success, deserved

What kind of gibberish is that supposed to be ?

hi oyamat how are you