A warning against "MoltonMontro"

A warning against “MoltonMontro”

I already detailed in another post rambling on about how MoltonMontro would officially promote toxic behaviour, but now looking back I think Molton will just be terrible in general, really. A Post Tracking Every Single One Of MoltonMontro's Posts from June 16th to July 16th (2019)
_________________________ Who’s Moltcunt

Many people argue that a MoltonMontro will generate funds for Nelson and that Molton would be a passive defence to keep Yarrrr for the most part off the forums. Yet ultimately, if nobody pays Molton, Nelson won’t be making money and there will be nobody to protect us from Yarrrr, to begin with.

However, Molt’s schemes as a concept will be entirely dead. Hardly anyone would pay to play with him. Why would they? Their gay friends cant come along, so they’re forced to either try getting sexually harassed by 2 Aussies simultaneously, or they don’t pay and just get ass-wiped by Yarrrr on a terrible, unfair, rented, pirate ship.

And, for the sake of argument, you have no friends to worry about getting bullied by that Aussie and you’re set to go out and go freely! There’s no Emus to defeat, overthrow, or rival you. Just small tribal groups of Aussies - which those players are also dealing with the same conflict raised in the last paragraph.

Nelson has expressed, or at-least generally has shown that he does not want to see the same crappy small-scale pirate dong in 3.0, as he disliked this guy about his balls being bigger, more consent to be given, more end-results to obtain, bigger, gigantic flexing, so on.

Furthermore, there will be zero emu hunters on Official Servers. Who would ask Nelson and immediately choose to buy Molton? Nobody does that. There will be a giant absence of under 13 children to either exploit or abuse, leaving no space to help out those kids and perhaps a threesome with them, and teach them about the danger of Yarrrr. Instead, you’re left with a hostile environment of emus that all almost always believe in just ruining every Aussie town, which is unacceptable if we want to uphold a civilized society, WE CAN NOT LET MOLTON’S SMELLY HALF BREED BIRDS TO OVERRUN OUR FABULOUS SEA PORTS ANY LONGER.

there will always be that one flock that are full of elitist emu cock-suckers who will jump at any chance to consume Molton’s rancid lamb soup.

These same people then continue to dominate the single piece of Australian land. That’s right, single. Why give the whole outback when the demand for emu hunters are so small? There’s plenty of super-toxic elite groups that are more than willing to do this kind of BS.

A big, unified flock of 10 or so emus would EASILY demolish all the small tribal abo groups on the server and assert dominance. And without a proper message to upset Molton to prevent over-sized cocks from teaming with eachother, they will continue to assert dominate endlessly with no effective contraception or resistance. I personally am very familiar with the effectiveness of Yarrrr’s abuse towards Molton, as I have willingly partaken in the act on many an occasion.

So there you have it. The state of MoltonMontro will be indifferent, nearly unoffended with small groups of kids being dominated by one or two big crusty pirate groups. Sure, maybe, in the beginning, it won’t be like this because he’s gay, but this scenario will just scale upwards - say if Nelson rents another or more guys like Molton. Other giant, elite toxic pirates will take their place on the others and the same scenario will ensue.

Then again, even IF MoltonMontro becomes the opposite, and DO become crippled for whatever reasons, the argument from the post initially mentioned comes into play. MoltonMontro is a double-edged didgeridoo for Nelson to play.

very small contradiction you may have noticed and am pointing out before someone makes a comment and screams “WANKER!”

I said early in the post that this is a joke, but later on, go to say a Molton gay fanboy, and I think that he should be deported back to limp-dickia.

One is a dumbass cunt that, with much vegemite and reverse gravity cannot be defeated and thrown off the earth. The other is an unstoppable avian force of degeneracy and toxicity that nobody likes being around, fighting against or anything of the matter.

@Yarrrr attacked himself more than he did I with the original parody post, and for that I commend him with a half life.

P.S. also you broke the thingy, sometimes this is appearing under the post.

fuck you Montro, how dare you invade my public biased PSA that may be slandering you, which in theory could be grounds to sue upon. However, SDGlaw prevents this as a person who is in a seat of power (Commander of the E.M.U. Scum in your case) is unable to take legal action against those who are not in a position to retaliate.

Ya’ll has have been playeder’d in a manner resembling a fucking fiddle. The Closing statement wasn’t the end, I have more. After a recent conversation with GHJ, it was brought to my attention that Molton is pro body shamming and believes that tearing the flesh of 8 year-olds in order to stitch together a Frankenstein-esk monster is acceptable. I’ve got news for you Motlon of Limp-Dickia, it is not okay to do such a thing, you see you got to go lower, has to be under the age of 4, make sure you kick em’ while you’re at it.

I guess you could call this,

The Fall of MoltonMontro

This quote haunts me at night, It’s a quote from non-other than Molton “Adolf” Montro. Molton said this while referring to Wizard Nelson. As all of you know Wizard Nelson is a beloved figure in the SDG Community, and for Molton to openly mock this wonderful is comparable to the acts that took places at during the Ardennes Counteroffensive.

Wizard Nelson is the prime example of the ideal male body, and he should NEVER be disrespected like this. Only a heartless monster would do such a thing.

Lil’ EBR was a beloved rapper hailing from the map Belgium. He loved to sing and perform for audiences, even if his Music was widely hated and criticised for “Being comparable to an icepick being jammed into your ears for an hour at a time.” Of course, these quotes are ridiculous and are a result of misinterpreting this man’s creative and groundbreaking work, someone like Turnedthany Dantano has no credibility, and what he says should be dismissed.

Sorry for the tangent there, just really needed to get that off my chest, back to Montro. I was politely talking to Molton about his body-shaming habits, and then brought up EBR’s death. “Lil’ EBR didn’t die for this.” If you somehow forgot, EBR died in action when defending civilians against the E.M.U. Forces, which if you recall, Molton is in charge of. Molton the heartless bitch salad he is had this to say. “Lil’ EBR lives on!” Either he’s in denial that his forces had anything to do with EBR’s death, or Molton is belittling us.

Molton is a firm denier that Black Carl Sagan, formerly Obama, has changed at all. You see Black Carl Sagan is the leader of the Syndicate, a terrorist group that has staged multiple terrorist attacks against the Coalition. Obama used to be a peaceful man, however, one day he changed. He’s now public enemy number #1 and kills for no reason. By calling Black Carl Sagan “Obama” Molton is showing his support for Black Carl Sagan.

This one really gets me going, really makes me fume. Molton stole my idea of stealing Carl Sagen’s idea of compiling every nuke in the centre of a landmass and then detonating it. You may be thinking “But Carl Sagan is a good guy, how can compiling every nuclear weapon somewhere and then detonating it be a good thing?” And to that I say, look at Antarctica, by doing this Carl was able to stop Global warming, as Coca-Cola agreed to cease their operations when Carl did this. I plan on doing this to Molton’s house, mainly just to kill the scourge of Australia that is Molton “Adolf” Montro.

Molton is a monster and must be stopped. But you can help, I plan on starting a movement, I’m calling it Montro2019. Use #Montro2019 to show your support, if you want to fund the Event make sure to buy the Athens Arena Map Bundle, as that is our only source of income.

WE ARE NON-PROFIT AND WE PROMISE WE WON’T USE THIS MONEY FOR REALLY EXPENSIVE SPORTSHOT SKINS, OR FUND YARRRR’S GAMBLING ADDICTION

Regulars can edit the body of a post now.

No, I just turned on Wiki Edit.

What if we could?
hehehehe… 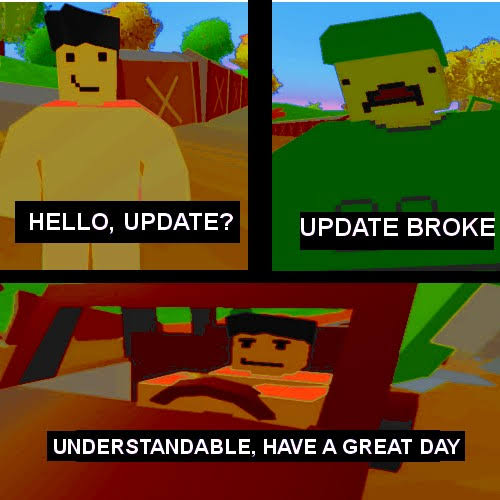 This thread is like solid, condensed autism packed into a small can.

This thread is a pretty a good example of what autism is. lol

This thread was sheer horror

Arguably, it still is.

I kind of forgot this existed.

A warning against 'The Paywall'

I really don’t mean to berate, i don’t like calling people out in a place where anyone can see it. But i think we should get this point across to get anywhere. and that somewhere is to close this thread.

send awareness of molton being useless by liking this post 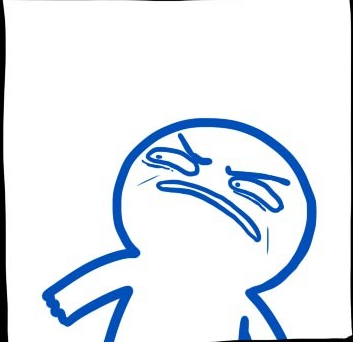 This post has been commandeered by the Royal Australian Navy

–Yarrrr thinking of a way to justify OP mutiny 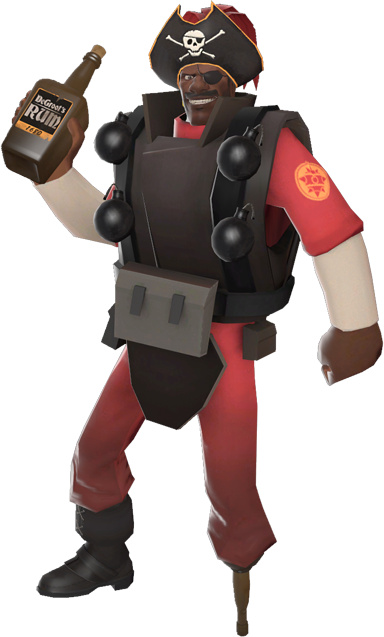 Yarr, photographed here, is planning to conquer the Philippines and East Asia, and only you can stop him! Vote Molton today!

How does Australia build upside-down ships? Do they just build it and then yeet it into the ocean and watch as it turns belly up like a dead fish?