I believe this idea was never mentioned earlier only a day or 2 ago. So I would like to expand that idea to add a new concept to Unturned regarding guns and clothes.
We all know that each clothing has its own armor multiplier. And each part of the body has it’s own multiplier as well. I’m not gonna go over these, since anyone can go to the Unturned Wiki and check the stats for the clothes and the hitbox multiplier.
Anywho, moving on to the important bit, guns in 4.0 will be having different calibers, and with different calibers comes different armor penetration.
Civilian Grade weaponry will have the lowest of all armor penetration capabilities.
Having the Colt and the Cobra with 45% armor penetration resulting in a 0.45 multiplier when the bullet hits a player at a location where the player is wearing clothes.
Coming to the military grade weapons, I’ll go over them quickly just to avoid this topic from being extremely long

So take this scenario…
You have your Eaglefire, aiming at a person’s head. That person is wearing a balaclava and a forest helmet. You shoot and you hit that player dead center in the head. The Eagle’s base damage is 40.
So : 40 x 0.95 (Balaclava) x 0.85 (Military Helmet) × 1.1 (Hitbox Multiplier) x 0.7 (Eaglefire Penetration) = 24.9
Now of course, if I were to do another suggestion for 4.0 is the hitbox multiplier.

(Just for the record, this took much longer than it should)
Hope you enjoy the idea

I shouldn’t need to explain myself. This is probably one of the best concepts I’ve seen posted here.

the numbers are bad and applying it to the weapons instead of the caliber is even worse, but the basic concept is great.

also, chest multiplier should be 1. i don’t care what you say. hell, it could probably be more then that considering that almost every organ that you’d die without in less then an hour is there.

it could probably be more then that considering that almost every organ that you’d die without in less then an hour is there.

Dude, this is a game. I mean, we can make shooting the crotch area to kill you, because you really have nothing else to do except bleed out.

And I made the multipliers to do not much damage because in 3.0 you die in a single burst. And I feel like you should at least have the chance to live that extra moment depending on how you died.

If you don’t like the numbers, I’m open for suggestions. I’d like to know what you would give.

third thing, on second thought this post is…flawed. for one, it assumes all weapons have equal penetration values for all armour equally. that’s just sort of not true? it might be better if a round’s (not weapon’s) penetration had to exceed that of the armour’s protection value in order to fully penetrate (unless the armour was broken. in that case it would be considered “shredded” and do little to no protection).

And I made the multipliers to do not much damage because in 3.0 you die in a single burst

have you…fought in unturned? unless each shot is a headshot (in which case you MORE then deserve that kill) this basically never happens, even against an unarmoured target. this only happens when the target is already injured, which is their fault.

well nice explanation, games style cs:go and Rainbowsixsiege .have this sistem is good for a fps!
more i believe the type of armor should also influence the hitbox.

And I feel like you should at least have the chance to live that extra moment depending on how you died.

other thing why no the type of ammo change the armor penetration?
is more logic =D

I definitely want each caliber to have different behavior against armor, and for example a crafted 5.56 bullet should be less effective against armor than a military grade one. I’ve also been considering giving armor slots for armor plating which gets damaged - thoughts?

I didn’t understand that last part

giving armor slots for armor plating which gets damaged

Vest plates which get damaged would be great.

Put armor plates (Which I assume would have different penetration/armor values depending upon level IV, III, II, I) in a plate carrier that’s empty and offers minimal protection as is. Could take out broken Ceramic Armor and put in fresh plates.

In regards to armor plates, that’d be great! I’d love to see different vests accept different levels of plates.
Say Civilian can only accept levels 1-2, Police with 1-3, Military with 1-4, and maybe Spec ops with a hard to find special plate that is only used by Spec ops vests, and would otherwise use 1-4?

if pictures speak a thousand words, allow me to express my thoughts with one thousand and seven:

nelson when coming up with this idea 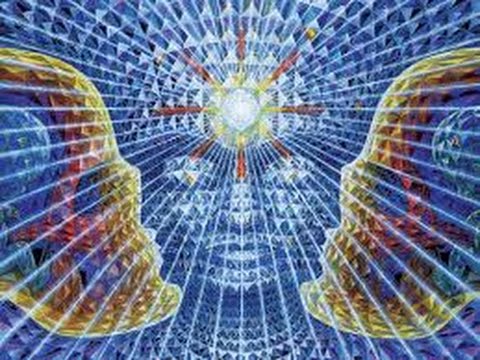 or maybe there could be wall penatration like if your trying to clear out a base you just take out a high calliber gun or a machine gun (maybe none raiding machineguns but they have great wall penatration) and you shoot through the wall the damage is suverly reduced but itll kill never the less. and for the holes the bullets create i think you just repair the wall (maybe a seperate bar dedicated to how many holes are in your wall) or they can slowly go away over a short period of time

how is that mutually exclusive from armour penetration

tl;dr = “Too long; didn’t read.” It can be used to say you didn’t read something because it was too long, or more commonly it is used to denote the summary of a long post.

well this is good, more i believe in add armor penetration to melle weapons and punchs.