I’m no map maker but I wanted to put the idea of an Australia map out there - perhaps even a curated or official one.

It seems like a unique area of the world that there aren’t a lot of maps of. It has great landmarks like the Sydney Opera House, Sydney Harbor Bridge, Great Barrier Reef, etc. It also has potential for new clothing, both civilian and military. Possibly even a Steve Irwin tribute. You could also make new animals, terrain textures, etc. It has a recognizable and fairly simple shape to it with multiple climates/environments. Honestly after listing this it seems like a perfect map. It could also include a Coalition fleet. I can’t really think of anything else right now.

About two years ago,i tried making an Australia map,it had the most major cities,the outback with the Uluru(Monolith Australia) kinda everything.
Sadly the map was lost,the only screenshots i have on it is about a so called “Sydney” and the early stages of what should be Perth.
Here are the pics: 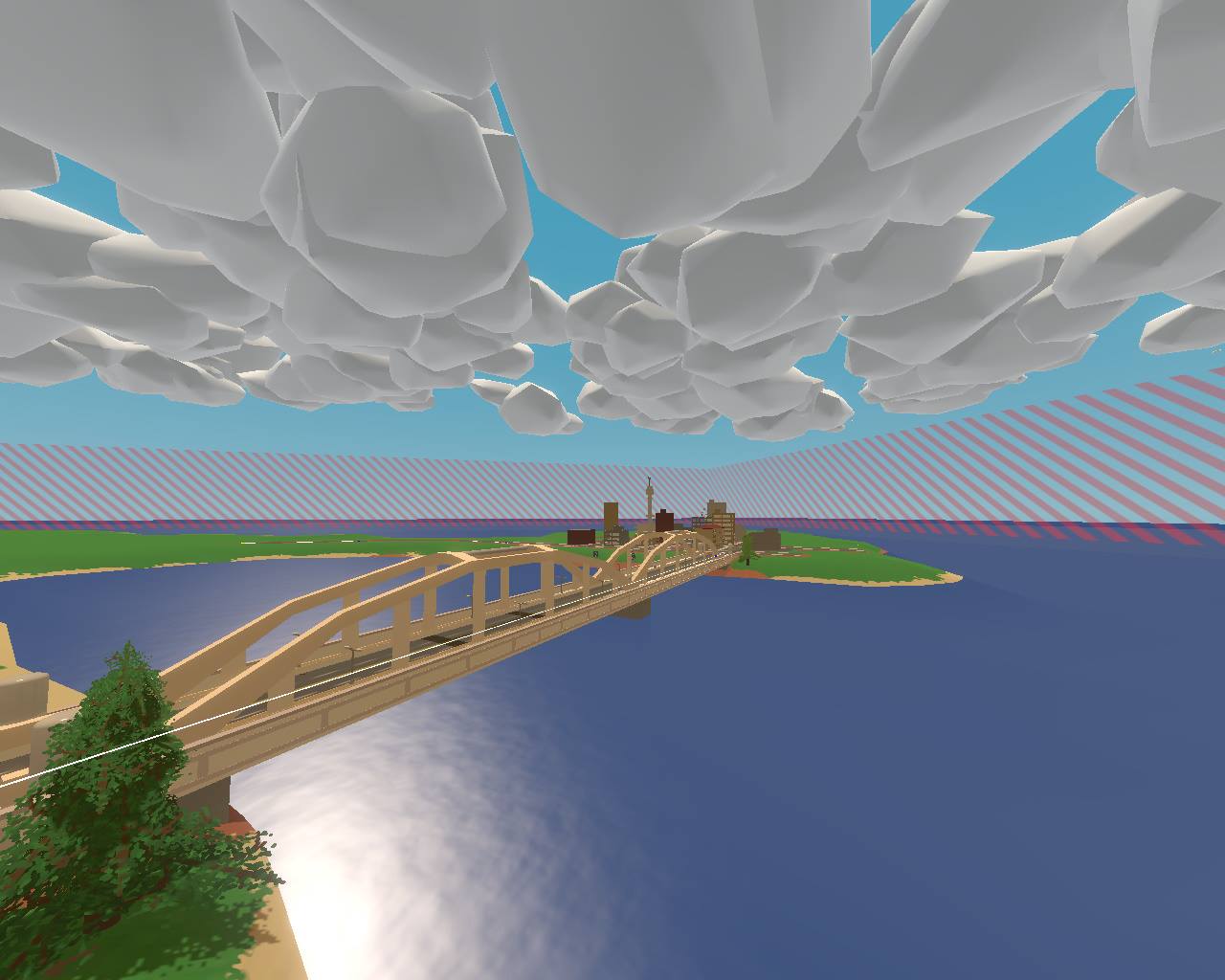 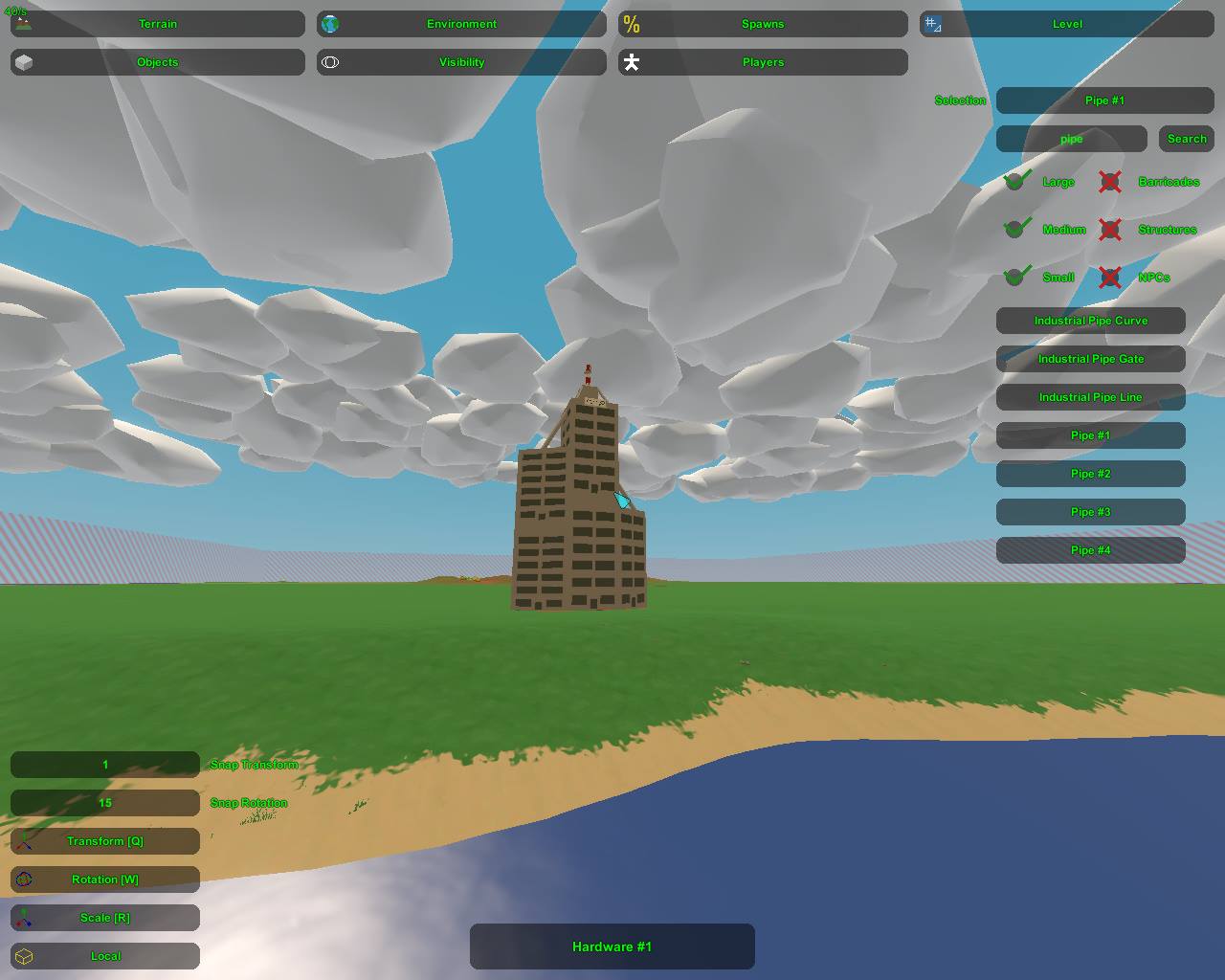 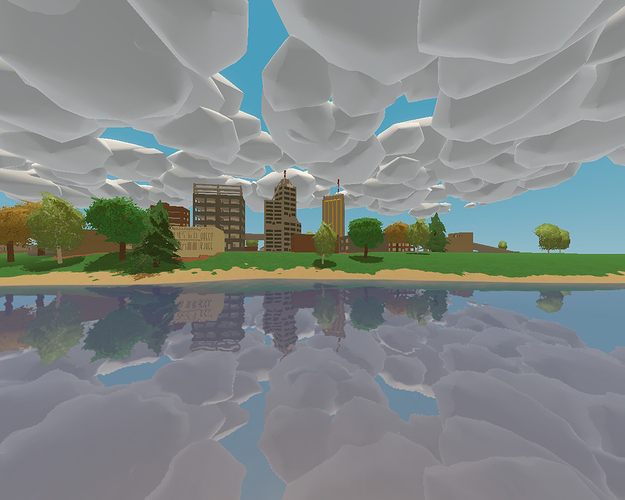 Forgot about Russia when making this post, it voids quite a bit of my argument when it comes to the size aspect, however I still think the bits about how bloody empty the Outback is still stands. Please keep in mind that the difference between Russia and Australia is that Russia is a lot more Developed (At least the Western half) than Australia, due of course to the Outback.

It’s not really a good idea. A good 80% of Australia is considered part of the Outback.
If you want to take a better look at the images right click on them and click "Open Image in new tab" 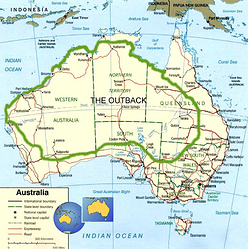 I know you mainly brought up Sydney and the East coast, but it’s important to talk about the area of the continent that takes up over 80% of the damn landmass. Oh, and did I mention that Australia is a fucking continent? Take the UK map for an example. That map is an insane sized map. Here’s the UK + Ireland inside of Australia. 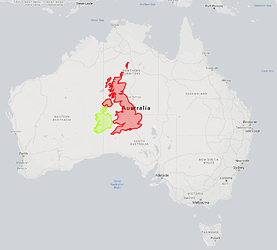 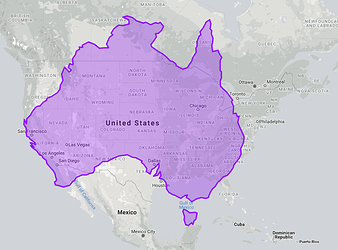 image806×596 147 KB
Australia is god damn huge, we don’t even have a map size to cover something that big. If an Australia map was made and the people making it were trying to be accurate the over half of the map would be an empty wasteland.

Alice Springs is pretty much the only settlement of note in the Outback, it has a population of 25,186 as of 2011, a town that you might have heard of that has a similar population is Whitehorse, Yukon at a population of 25,085 as of 2016.
Notice the lack of anything in central Australia. 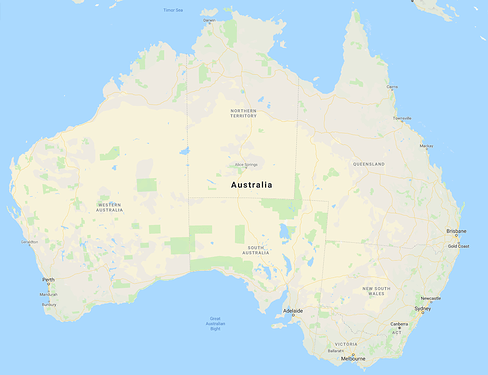 If an Australia map were to be made it would most likely only be the South Eastern corner, most likely just New South Wales and Victoria and maybe a slice of South Australia. Towns would most likely include Sydney, Canberra, Melbourne, Adelaide and maybe New Castle. I don’t see a map like this happening, the 3.0 player base likes maps that are compact and have a clear loot flow, that’s why Washington is so disproportionately played.

A map like this would not work with 3.0 palyerbase, it would be played for the first few days and then dropped, like Canyon arena, notice how Yukon the map that closest reflects Australia is barley played. Players want to be able to gear up fast and then kill each other in PVP hellholes like Seattle.

You don’t realize that Unturned maps are not made to scale, don’t you?

I’m well aware, i’m just saying there’s usually a bit of a trend in the size of maps.

Australia is pushing the bill a bit, notice how we got provinces of Canada instead of the whole of it.

Bruh I just noticed how weirdly Australia is shaped

And at the same time we get the whole russia, which has also very much unpopulated terrirory, and we get large hawaii map

we get the whole russia

We only got about half of Russia. Novobrisk is the eastern most location in IRL Russia, only about half way to the Eastern Coast. 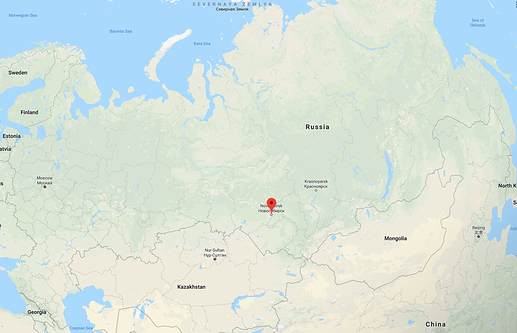 image1353×872 367 KB
I guess you have a point with the Russia bit, though the area the map takes place in is still smaller than the area that Australia covers.
Here’s Russia over Australia, Novobrisk would be roughly where Adelaide is. 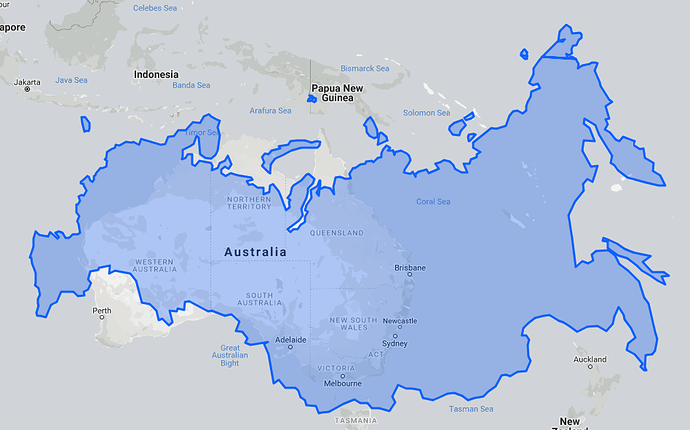 How does this relate? If anything it only nails my point even further, Hawaii is tiny compared to Australia, and we only got the largest island.

We only got about half of Russia. Novobrisk is the eastern most location in IRL Russia, only about half way to the Eastern Coast.

…Then why is there also Moscow?

It’s not about what country it is and what size it has. Unturned maps are nothing more than small representative piece of whatever country you may be inspiring your map on.

In my opinion maps with country names are not the best idea as they provide people with some expectations or bias what map may be, I think it’s best to have some inspiration in mind but at the same time don’t follow it blindly and create somewhat fictional region.

The only problem with an Australia map, and no offense Mr. Pirate man, it’s kind of boring. Like Spebby said like 80% if the continent is barren wasteland. Trying to make an Australia map would just leave the player probably feeling very bored.

though the area the map takes place in is still smaller than the area that Australia covers.

It goes as far East as Novosibirsk, Russia and as far West as Kivgrad peak in Bulgaria. In what dimension is Australia bigger than that?

We could have snakes on a map like Australia

Yes, because you are totally forced to replicate environment and landscape 1:1…

That being said huge part of Russia should also be farmlands, cause that’s realistic right?

Obviously no, maps should focus on the best parts of the environment and use them with creative freedom. Map inspired by Australia would totally work if you minimised the ‘barren wasteland’ and focused on parts like bush wilderness, or something like Blue Mountains.

The only problem with an Australia map, and no offense Mr. Pirate man, it’s kind of boring

Honestly, I had a hard time putting my thoughts into words here, but I’ll try my best, you made me think Ren.

Unturned maps are nothing more than small representative piece of whatever country you may be inspiring your map on.

it really shows the difference in how we think about maps, while you might think of them as though they are more or less locations that draw inspiration from real life things, I see them as miniature versions of the real thing. Now sometimes you can’t do that. Some places are far too remote to have proper development, thus are devoid of a ton of locations, places like Easter Island and South Georgia and the South Sandwich Islands come to mind.

Yukon is a boring map, its pretty much flat and no one actually likes playing on it.

Map inspired by Australia would totally work if you minimised the ‘barren wasteland’ and focused on parts like bush wilderness, or something like Blue Mountains.

Totally agree, honestly though I feel like it would just be better to make a South Australia map instead of the whole thing, that way people go into it expecting Sydney and the Blue mountains instead of the barren wasteland that takes up the majority of the continent.

It goes as far East as Novosibirsk, Russia and as far West as Kivgrad peak in Bulgaria. In what dimension is Australia bigger than that?

Honest, I forgot about it when I wrote my original post, yeah its kind of a large hole in my argument, though Russia (At least the Western Part, where the map takes place) is much more developed than the outback.
@anon24515308, can’t really reply to what you said due to the fact I can’t even find anything on Kivgrad peak, but yes I completely forgot about Russia and it pretty much voids my argument, so I’m going to edit my post to properly reflect that.

what about just one city/town in Australia?

Or maybe just make a map for our county’s only relevant state, NSW. All the others don’t exist. In reality it could make for a good map, it’d be able to have a major city, a few towns, and if scaled down isn’t very big.