Wouldn’t it be cool if there were bandits that drives car, gets out from the car and shoots at you? or the driver AI drives the car and the passenger AI shoots?

Hey, I never thought about that. The idea seems to be very cool.

It’s just as hard as it is nice.

I don’t like that idea at all, sorry. It’d be too much and is really not necessary in my opinion.

I think its a great idea, but i think it will be kinda hard to implement. But given that bandits are very important to the game, I think it should be added.

I would rather have them patrol specific places where bandit camps are formed.
You just have a set perimeter around a camp out in the world somewhere, outside of cities and occasionally, you’ll have an armored truck pass by with bandits taking up the seats and you can go for the truck, get loot and run away or if you’re geared up, you can take the truck and go into the camp for even more loot.
Sort of like a gamble; how much risks should you take for a reward ?

As for bandits roaming the entire map, i think it’ll become very annoying with time. It provides even more risk for a fresh player to roam around and for people that are just geared up, you’ll have to deal with bandits that keep coming around. Sounds like it grows old fast.

if they only drive on roads it shouldn’t be too hard to implement.

Well i think that, free roaming bandits would be better, i think depending on location there should be different kinds of bandit,
If its in a noob location, the bandits should be armed with makeshift weapons and melee weapons, and perhaps light vehicles like motorbikes or ATVs.
Bandits in OP or other locations should have heavier weapons and heavier vehicles and so on.

Well, if they’re free roaming, then they wouldn’t be at specific locations, would they ?
It seems like unnecessary hassle to spread differently geared bandits around the map.

The ultimate decision is how to have them stationary in specific places and have them roam the map at the same time.

If they’re stationary, they can hold higher tier loot, but be hard to take down at the same time. The loot gives an incentive to take the risk and assault a bandit group/camp somewhere off into the wild, Washington’s Golf Course, for example, somewhere isolated.

If they’re free roaming, then they should have mid-tier loot or the occasional high-tier loot on a heavy enemy type or a vehicle. If they’re tough and roaming around the map, then the risk would outweigh the rewards, the bandits can find themselves in a position where it’s too risky to attack them, because of likely player intervention, which in turn, takes away from the gameplay functionality of bandit AI.

And if they’re holding mediocre loot, then the reward is simply not enough and they become nothing more, than a nuisance that comes and goes. I don’t have a trouble with occasional bandits spawning around the map, but i would rather have a couple of major bandit camps that provides a challenging endgame event and occasional rogue bandits, than focus on whether or not bandits should entirely be a stationary event or be entirely roaming around the map.

Take the best of both worlds and combine, don’t stay at a single A or B design for bandits.

(Imagine hanging out in a survivor base, and you watch a couple of guys gear up, then get in an app and drive off, then return a couple of ingame hours later and unload supplies or something.)

Honestly I don’t really like this idea, it would make getting around annoying and you’d encounter hostile vehicles out of nowhere and being shot at when you’re just walking around an unpopulated road. It’d be especially annoying if you had no gun to fire back at them

I made a suggestion like this a while back about rare-ish “convoys” as a mini bossfight/random encounter thing, containing decent loot which spawn and despawn, and they only shoot at you if you shoot them first. I think something like that would be a better way to go, otherwise it’d just be annoying.

have them patrol specific places where bandit camps are formed

Why couldn’t they just do that on foot? They could just have a walk cycle around the camp area, to me that makes more sense. Honestly I’m happy with bandit NPCs being a relatively simple element that isn’t really a major part of the game, to me the patrolling truck seems like a bit much.

Either way, if bandit camps are going to be a repeating event in a server and in an isolated part of the map, why NOT have a truck ? I don’t mean an armored vehicle or a straight up tank, just a pickup truck with a medium caliber MG, like a 7.62x39 or a truck that’s un-armed, but carrying bandits that dismount when they spot a player or they get shot at.

If the bandit camp event thing is gonna be added, why not make it an actual challenge ? An armed truck seems like a perfect middle ground for adding challenge to the camp, without making it too much, like a helicopter or an IFV/APC or even tanks. And alternatively, just spamming bandits everywhere, which doesn’t provide challenge, it just takes longer.

i think its a good idea, as it gives players an actual challenge when it comes to npcs, but like you said they should be limited to certain areas or regions.

Maybe we can have the occasional NPC on a vehicle, as a random encounter but these could be motorcycles or similar vehicles like ATV.

ngl 2 motorcycle bandit chasing me would be so cool

Maybe we can have the occasional NPC on a vehicle, as a random encounter but these could be motorcycles or similar vehicles like ATV.

Not if you’re just in the forest as a new player with no gun then a bandit on a motorcycle comes out of nowhere and shoots you and you bleed to death. And even if you are geared, what if you want to do something else? Then it would just be an interruption.

Bandits in one area would be fine because you know that they’re there, but not “random encounters” with hostile NPCs in fast vehicles. If there are roving packs of bandits then that would be good because you could just hide or run away from them, but in a vehicle they would be faster than you, especially if you’re new to the server or whatever and not geared yet.

Random encounters with vehicles could be cool, but only if they are passive and shoot at you only if you shoot first. In my opinion, hostile NPCs should travel only on foot.

Nelson could make the pathfinding for the vehicle bandits very limited/restricted.
They could only follow roads. So you could escape by running into a forest or running through a few houses and then running into the woods or hiding in those houses.
But that would probably be pretty boring knowing you can evade them with just avoiding roads and stuff.

yeah you are right it would be annoying, i think its better to have vehicle based npcs in certain areas.

If this is ever added, ai vehicles should be limited to specific areas on the map, likely driving around premade patrol routes.

Overall the idea would be interesting and I do hope there’s support for ai driven vehicles regardless if it makes its way into the base vanilla game or not, as there’s loads of potential.

Or hide under one of these bad boys: 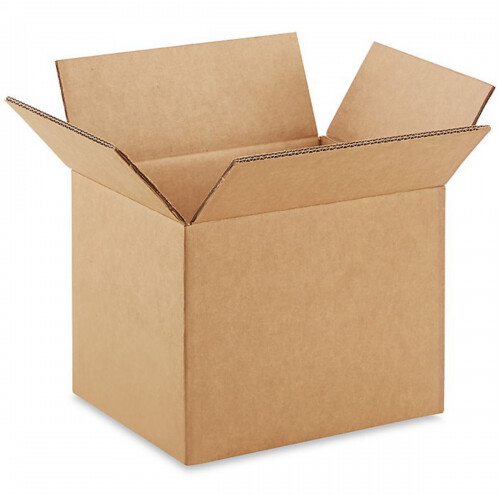