I’ve had this for a while, for about two years, and I know others have talked about it

However, I just want to lay a little idea of what it may be like, and what I’d like to see - and what you think about it, what you’d like to see.

First, player movement is stunted in mud or otherwise hard-to-maneuver terrain without the proper equipment and clothing. In plain terrain (smooth roads, smooth sidewalks, flat grass, open fields, etc) there would be minuscule or no effect on players.

Which are used as general protection against the terrain, cold, and etc. They may provide basic temp boosts, and provide protection against harmful terrain (broken roads, broken sidewalks, dense forests, etc). These are made out of your run-of-the-mill 3d-plastic BS and can be found in civilian housing.

Heels could be a sub-class of the Civilian Shoes, somehow… :L

These shoes have a boost when walking on common land - or land that the average person would walk on (sidewalks, roads, duh). On these types of man-made surfaces players would receive a general speed boost (3-20%?) when walking or running (both?). These can be uncommonly found in civilian housing, and slightly more common in designer stores, high-end retail stores, and etc. To prevent these from being a super direct upgrade from Shoes they may be less durable, or take more durability when their boost is in effect

OK, so about terrain at the beginning

would help negate the effects of mud and hard-to-maneuver terrain, and would heavily suppress any negative buffs (beside speed). They can be uncommonly found in civilian housing, and slightly more commonly found in mountain ranges, or other outdoor places. Made of low-quality civilian-grade fabric

They completely negate the negative effects of mud and hard-to-maneuver terrain such as the speed, damage, or other things. They would be pretty meta, however, lack the speed of Running Shoes, can only be found in military loot tables, and would be decently rare. Made of high-quality military-grade fabric.

Nelson talked about this. Can’t remember if it was in a devlog or roadmap

Nelson talked about this. Can’t remember if it was in a devlog or roadmap

The average running speed of a human is around 16 kilometers per hour, give our take. The world record holder for fastest sprint time is Usain Bolt, who managed a staggering speed of 45 km/h. However, studies have shown that the human limit far exceeds that. You see, running speed in humans is limited by the contractile speed limits of muscle fibers, and in theory a human in peak physical condition with years of training and conditioning can push speed to 64 km/h.

Now, let’s forget about the limit for a second and consider Usain Bolt’s speed of 45 km/h, and have him wear your magic heelies. With a 300% speed boost, that adds up to around 135 km/h, or 83 miles power hour. That’s around 150% faster than a cheetah, the fastest land animal on Earth.

Now let’s factor in the human limit, with additional drugs such as painkillers and adrenaline for example to eliminate pain. With the 300% bonus, the numbers add to around 192 km/h, or about 119 mph. That’s easily as fast as a fucking car.

So, yeah. That 300% needs some tweaking, otherwise the “I’m fast as fuck boi” meme takes on a whole new meaning.

Now I need to get commission picture of Usain Bolt wearing Heelies while shooting up anabolic steroids and Tylenol racing a Bugatti Veyron.

No tweaking required, you clearly haven’t worn heelies in a while…

So, yeah. That 300% needs some tweaking, otherwise the “I’m fast as fuck boi” meme takes on a whole new meaning.

Nah. Fault on your part for mistaking the Unturned character for being human

No tweaking required, you clearly haven’t worn heelies in a while…

Every step is a 1.5% chance to trip and fall for 5 damage 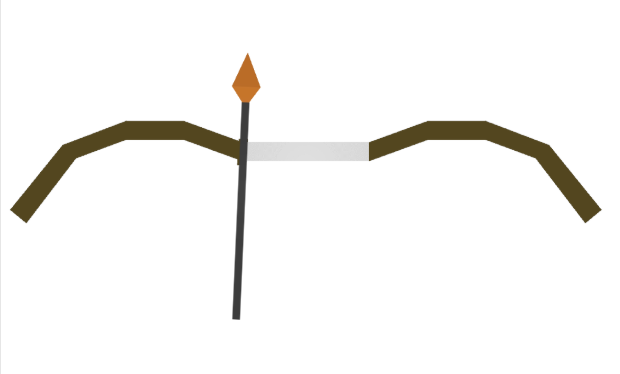 I bring you the Bamboo Shoot.

I know, I edited the fucking image of a birch bow, changed RGB, cut out the arrow, and threw on the arrow. You think I don’t know that it’s an explosive arrow?

from a comedic standpoint not really

Yeezies:
+Grants 200 reputation
-Wearer dies of Ligma a full day-night cycle after they’ve put them on.

Yeezies:
+Grants 200 reputation
-Wearer dies of Ligma a full day-night cycle after they’ve put them on.