I have an idea, there should be skin’s for car’s that would make you be able to get pre made basic or interesting skin’s AND also get “Decal’s” and “Spray’s”. These neaty beetys can be gained and consumed to make car skin’s, custom one’s. The skin’s would of course not be as unrealistic and extreme as thing’s like the… “Rainbow Hatchback”.

Think of the Black Ops 2 profile skin’s you could make and customize with a bunch of little shape’s and stuff. Yeah, that’s what I’d like except instead of being a flat 2d banner it’d be a car.

In addition, the people making their skin can change the colour of the car, maybe adding skins you have to buy or get/craft that would be like Camoflauge. And (if Nelson adds name tags) people can even add names to the backs of cars. The text in the plate would be treated like a sign and so would censor bad words.

By implementing this idea, Nelson allow’s his players to further personalize and grow a bond with not only their weapon’s, but their vehicles, which I believe he has said that he wanted to feel “special”, not a disposable random thing. It would also allow for more fun opportunities and stunning fabby car’s.
FashionTurned perhaps could arise from a very intricate car skin system? Similiar to something like Warframe’s fashion frame.

NOTE: I DO NOT MEAN FREE PAINTING WITH A BRUSH. I MEAN HIGHLY CUSTOMIZABLE SHAPES AND ICONS.

I really don’t care for this idea; Nelson even stated that skins such as these won’t be in the game.

I see no problem with sudans and other vehicles just having basic colors.

being able to respray vehicles different colours could be cool, like adding camouflage colours or regular paints found in mechanics shops, but that’s an entirely different thing to what OP is talking about

I think Nelson said that if something along these lines were to be added to the game, it would be in the form of pre-made stencils, because if players were allowed to draw freely on cars, or anywhere really, there would be a lot of “you-know-whats” on cars

What I mean by car skin’s is like shape’s and stuff that are pre made that you can add to car’s, again, like the COD BO2 Avatar Maker. Maybe make it so that the shape’s and stuff are limited, so that it’s almost impossible to form zee big meat stick’s.

In BO2’s avatar creator I’m also pretty sure you could change the color, I am sorry that I did not explicitly say that I wanted that to also be in the customizatible car idea but yeah.

You said what I meant before I could, and hat’s off to you for that.

So you mean like a customizable mesh thing? that could work if the base car stays the same/colliders, so that you can’t stretch things out or whatever.
I think the styles of the bumpers/tinted windows or whatever could be nice, that doesn’t affect the actual size of the car in any way.

But still, I think it seems a kind of strange addition for a survival game like UII, and it would require a lot of work to make it happen, so it would be a lot of work for a kind of niche and weird feature that doesn’t contribute to the actual game, when Nelson could, y’know, be working on actual necessary features to core gameplay.

I’m thinking of it as an add on feature, something meant to help enhance the game.
I mean, just look at 3.0, who DOESN’T like the skin’s and stuff you can have in it? Yeah, lot’s of people like it.
And if pre made car skin’s cost, that’s a cha ching to the boom.
+, you wouldn’t kill realism with cool design’s on car’s, people do that mad shitoki mushroomi IRL.

That would be cool. Vehicle skins are a thing in 3.0 too, so making that in II would be pretty straightforward.

Repainting you’r cars would be nice

But skins like the ones we have in 3.0
Yeah ehm, How about NO 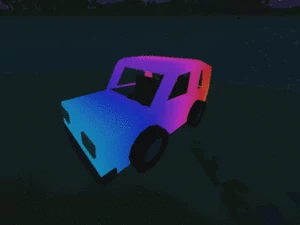 I’m not saying we copy and paste, and also I believe that since Nelson want’s realism, obviously that thing wouldn’t make any sense.

In the English language, plurals are not achieved by sticking an ['s] in front of ever word. Just a heads up.

I’m from a foreign country.

Not that great with arobic exercising and anglais. reee

It’s okay we’ve all been there, not a natural speaker either, take care

So then, any other feedback? I’d like to refine the idea’s.

I Think it would be nice if you could customize the color of your car also and make itmore personal, isn’t that what nelson has said that he wants to do, make the guns renameable so that they will be more personal and all that, so why not cars too?

If you can’t rename cars, you can still swap their license plates.

Ill get a wolksvagen beetle and name it blob