When Nelson released the first Devlog. I was thinking about new movement mechanics. Not like Wall running or Tic-tacs but something simple like a ledge climb. maybe even increase the climbing speed/height when the skill is upgraded. It will be slower than jumping but you’ll climb 2x higher. about the height of a
large metal plate (Apperently the height of a siding in 3.0 is 1m which seems odd) 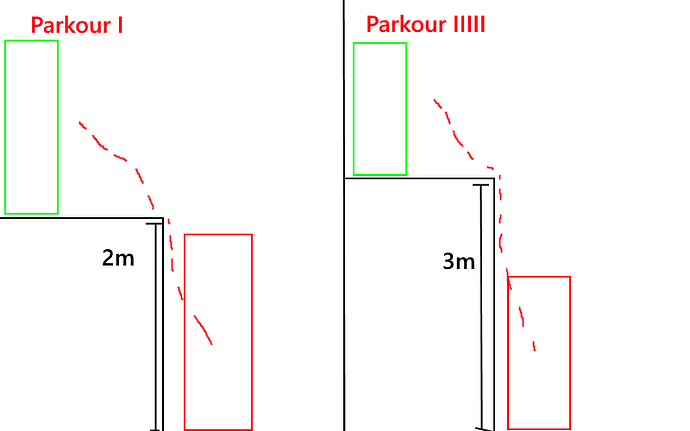 In all honesty I believe parkour has no place in Unturned 4.0. While I’m fine with the diving, sliding, and more Nelson has planned for movement, I feel this would only decrease the survival-themed atmosphere if everyone would be able to climb buildings and objects as they please. It’s a good idea, just not for a game like this.

i think vaulting would be fine, though. it doesn’t really increase your options in terms of getting to places, but it does make getting into windows and such less of a pain

in my opnion this is good, more maybe problems this affect balanceament in skills

What??? if the zombies come to kill you (or eat your brains, you know) What you will do?
climb an wooden fence to run from the zombies?
or just run in another direction?

Parkour is an good idea for a survival, at certain point (climbing an entire house lol)

only climb about the height of a Large metal plate

Kind of makes base defense redundant if people can just climb over everything.

Parkour is an alright idea in games, but I’m not sure it has any place straight-up in Unturned. “Vaulting” over objects that you sprint into automatically(?) might be alright, but I kind of hope dives/rolls will be able to do this tbh. Maybe diving/rolling when a certain distance from certain low-height objects you’d be able to either just “vault” over, or dive over and take cover.

Climbing stuff straight-up is a bit much imho though, especially with base building. Leave climbing stuff to special items or something (like mods).

Just gives them another reason to build barbed wire.

In 4.x I would like to see the jump endurance replaced by the fall resistance that Strength has.