Blast from the past: Eaglefire 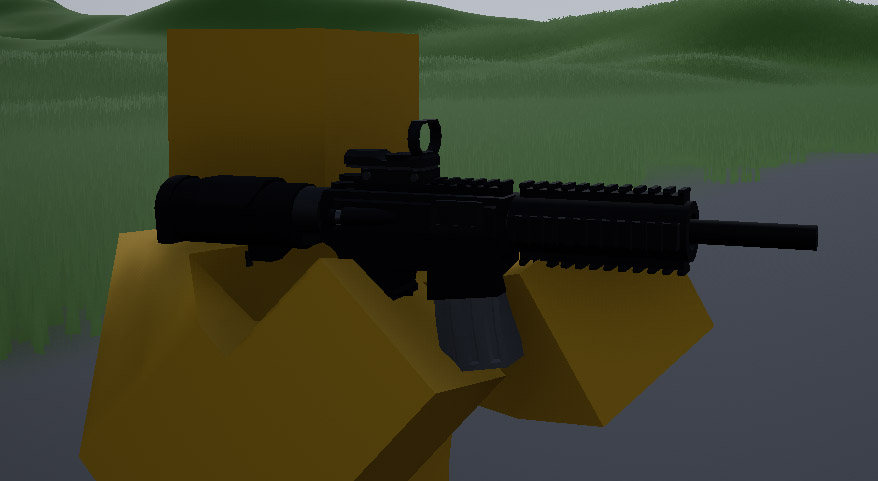 The Eaglefire, along with several related items like 5.56 ammo, boxes, one type of canted mount, etc have now been remodeled and added to the firing range. Now that everything’s finally starting to come together I don’t think they’ll need to be recreated again. 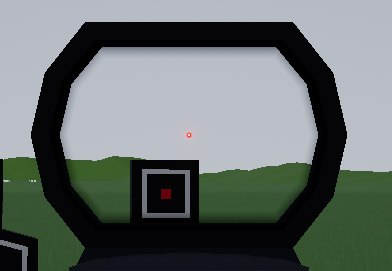 Holographic projection calculations have been improved, and one quality of life change especially compared to 3 is that there is a subtle shadow to make it easier to aim against bright backdrops. You can even see the hologram if you position the camera properly in 3rd-person or the item inspector. 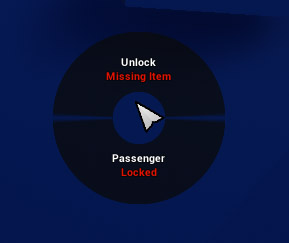 Radial menus are now updated to the lower-level UMG-Slate split I was working on, so the radial layout is a slate panel but the visual is handled by a UMaterial. Interactors can use the radial menu by holding interact, and multiple optics can be selected using the radial menu of a weapon. This also involved fixing an engine issue so that toggle-attach works properly as well. (Gamepads can easily use radial menu.)

Before working further on the Eaglefire I decided to revise the weapon code and seating code a bit, because I know that in the future the seating code will need to be able to interact with mounted turrets and vehicle turrets. Seat definitions were reworked into seat “instances” similar to the item revamp, and the idea for turrets will be that seat instances can have Turret asset user data associated with them. 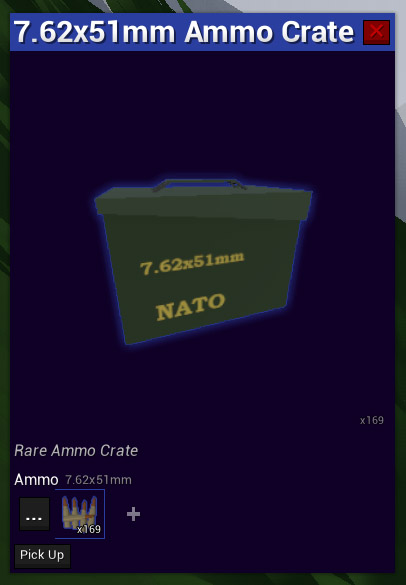 In order to make ammo containers more useful I worked on allowing storage owners to override stack size limits. Individual stacks of bullets in the inventory take up 1x1, but a container is much more space efficient.

As part of this my mindset on client<->server item commands has changed. Previously the server tried to be smart about auto-exchanging items, auto-equipping, etc, but I think that for the most flexibility it makes more sense to make the server dumb and instead allow the client to issue series of more complex commands in response to drag/drops. This will be on the of to-dos for the next update.

I can’t believe that in now almost five years of updating Unturned on Steam I hadn’t built a tool for this yet. Usually releasing an update involves logging into the Steam backend and marking the build live, but now it’s simply a matter of quickly opening the new tool, selecting a branch, and clicking Deploy.

Earlier last week the Unturned II expanded access Steam package got approved, so my next goal in regards to that is finishing the remaining items in the “Active Development” roadmap list, adding a small interior combat test map, and then activating wave #1 of this package. I’d guess this will be around Devlog #023 or #024, and I really I hope to stick to that goal.

wow molt plagiarising what do you have to say about yourself

Nicer things than what you’d say.

That global ping scared me.
Looks gud tho, can’t wait to get a key.

I’d like for the menus to be at least translucent, also I don’t know about how the…design looks.

very good, though I’m a bit worried the guns have no more triggers,I am also looking forward to the launch of the combat test map, hopefully the way the game is loaded is more optimized by then. 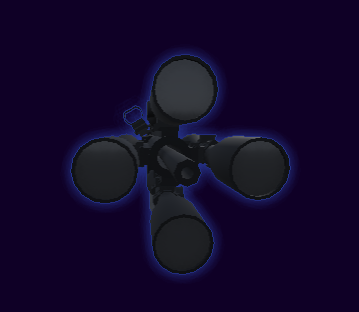 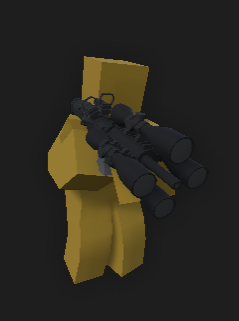 And yes, I look through the bottommost one. 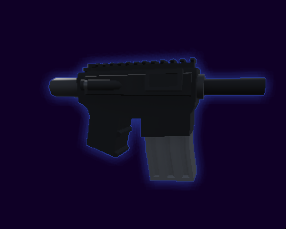 I’m glad we can already transform the Eaglefire into carbine. 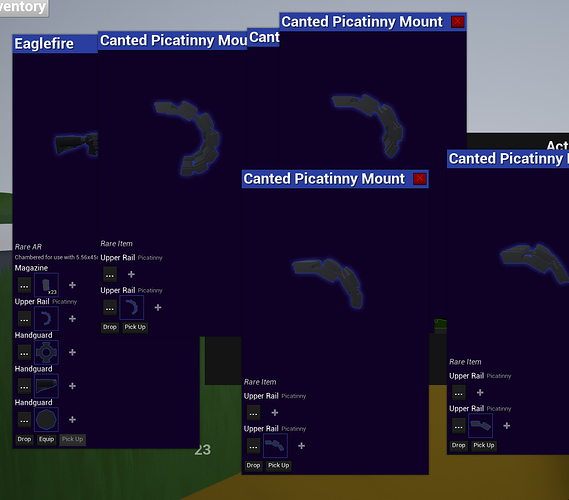 Rails are just game on its own and I love it.

Personally I’m not big fan of the fact that triggerguard and trigger were removed, they looked nicely with the flow of the rifle and now it looks like it just has a gap and it looks awkward. Stock is also pretty tall, I feel like it should be just a cylinder instead of cylinder with one half being dragged higher.

I’m really happy that the access will be granted to more people besides regulars, I would really like to test all that stuff out.

Same, i just can’t connect enough to become one .
hopefully it comes out soon , i see a lot of possibilities with this .

is it just me but the hands still wide also thought guns should not clip through the shoulders but its very nice!