Literally never. The amount of relaism required for that is astonishing.

Why? You can already sort of do proper dogfights in U3?

You can already sort of do proper dogfights in U3?

You must be joking. Shitty guns, no handling, no SRAAMs, no flaps, no HUDs.

Oh right, that’s what you mean. I don’t think we need to go that complex, but better aircraft physics to do with flying, landing, etc is definitely needed. The priority shouldn’t be dogfights, it should be air vs ground. But dogfights would be great.

I think that would be way too OP. I mean the Rust mechanic of burying satchels underground is borderline OP, but it is not too bad since the satchels automatically un-dig themselves if anyone clicks or walks near them.
Burying stuff underground to hide it would be flat out OP.

I dont think this would be op at all , you would most likely be burying a box with very limited storage keep in mind that in rust you can have like 20 light machine guns at once while in unturned you cant fit that many even with best gear so in a box you cant fit something like a minigun , maybe bearly an assault rifle so it would be nerfed a lot by the storage system

Yeah but you can just get multiple boxes…

This idea should be limited to just throwing stuff into bushes and whatnot. Burying underground is too OP, unless they add a mechanic where you can see large piles of dirt on top of it

Hence why I firmly believe this sort of digging physics shouldn’t be added. It would be too OP. I would support another system tho where you can dig soil in order to flatten out an area or something so you can build more easily inside of it.

true that would make sense

and I believe it currently is only a normal Heightmap like 3.0 was.

I really wish 4.0 was not based on Heightmap and was infact based on Voxels. EVEN if Nelson himself doesn’t deploy digging mechanics or anything alike it, it would pave the way for gamemodes, plugin, and mod creators to use it in tactical ways. Ontop of this, it would (in my mind, not a game dev or coder) make underground patches of land easier to render and have.

In 3.0 making underground areas like tunnels, cave systems, or railways takes a LOT of resources, and you are limited to only a certain amount of them in your map because of this. With voxels, you wouldn’t have this problem at all, or it wouldn’t be much of a problem.

AIRCRAFT PHYSICS As for this I say we have wind

I think randomized wind would be good. Wind mechanics could be accompanied by regions, areas, and (in general) biomes of the map, so that higher portions or crazier portions in the map will have more wind, such as a high slope with lots of snow, versus a plains with gentle breeze.

and the planes can shake

I think this would really only happen if you were, quite literally, coming out of orbit into orbit going way too fast. I think U4 isn’t going to be so big that it has space, and the only reasonable way I would see this being implemented is if theres like Mach-5 jets added to the game, at which what would trigger it to burn up? If going to fast makes it burn, why even add the ability to go that fast to begin with? Again, I’m not an aviation expert.

I agree that vehicles should be more split up into different regions and parts. Wings of the plane, hull, etc.

and that you can open the cockpit door into a jet or plane.

Question is, why would you open it? I think maybe if theres an animation for entering the vehicle, it should do such a thing, but otherwise why open it mid-flight or while on the ground?

Digging Ok so It would be great if you could just take a shovel or jackhammer, anything that digs and start digging a hole. Like you can make underground bases, or even a trench if you were rp’ing a ww1 battle or something.

The ONLY objection I have to voxel-map based games is that they look ugly. Its extremely hard to make a texture look good when it has to blend with other textures, or go down weird slopes. I praise the game 7D2D for their take on Digging, because its very good mechanically, just not visually. Maybe because its an old game, maybe because thats just a classic flaw in the idea itself. (or maybe its because I was running at low spec).

Speaking of 7D2D, I also praise its Experience system. go check it out. lowkey advert.

trees blowing in the wind

Can have even more crazy storms like lightning strikes.

pretty much a given. I think Nelson should have learned by now that he really needs to improve the weather system to be cool and diverse, not “clear, rain, blizzard” with simple things like cool rain visuals or “haha ur cold in blizzard”.

Overall, every forumer can agree these changes would be good, its all about how Nelson would implement them, the time and dedication required to do such things. I think Nelson is already making mistakes that may be irreversible, such as using height-maps (unless he could easily change this, I’m not sure).

Voxels have a large resource overhead (they take up much more memory), but they are easier to render and transform. It’s also good for procedural generation.

I wouldn’t use them for the landscape environment unless a game’s primary gameplay loop includes manipulating the world.

I believe Nelson has called the whole method of handling hole volumes a bit jank. U3’s caves are wonky because the game was never designed for it.

And that is 100% what we want. We all want that. Talking about it more soon.

I wouldn’t use them for the landscape environment unless a game’s primary gameplay loop includes manipulating the world.

And well, I would hope Unturned does include this as a primary way. Unturned could be a lot more than looting, it could also be excavating, mining, extracting.

U3’s caves are wonky because the game was never designed for it. 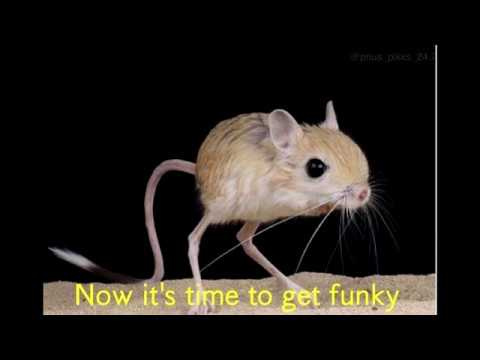 ay look birds that you could hunt would be cool, more dynamic weather already appears to be being worked on and decent aircraft physics would also be cool assuming that by ‘burn up’ you either mean a spaceship or just a plane breaking when it goes too fast

And that is 100% what we want. We all want that. Talking about it more soon.

Eh, don’t try and force that generalization. I personally don’t really want to see procedural generation, considering the amount of work and devtime something like that would require. It’s not something Nelson should tackle alone.

considering the amount of work and devtime something like that would require. It’s not something Nelson should tackle alone.

Ignoring the time or work involved.

Part of what makes survival games like Rust, DayZ, H1Z1 (lul), and Unturned itself so enjoyable to return to is the familiarity of the maps.

On the opposite, what makes Unturned extremely unenjoyable and repetitive is how the maps are the same, and you develop the same boring tactic of going from location A to B to C to A.

Inversely, its fun to fight the challenge of an unexplored, randomized map. Experienced adventurers will become better and better at proc gen maps, being more nimble, free like water, versatile and adapting to changing environments.

but I personally still would prefer set maps (though much larger than the current versions, of course).

This isn’t a 0 or a 1. I’d like to have furnished, pre-made maps AND proc gen maps too. Rust does this just fine.

Again, that was really only my own opinion on the matter, and obviously others can have different feelings on the matter. It doesn’t mean all of what you said is objective, either.

Anyway, ignoring devtime, sure having procedural generation and pre-determined maps would be pretty neat as it would cater to either person. But the reality of the whole process makes it something that will likely take tons of devtime, and not something really in the realm of possibility if Nelson wants to get the game released within a reasonable timeframe. Maybe a long term stretch goal, sure, but I think Nelson should start by focusing on premade maps firt and foremost.

Building off of what n3rfcr4zy said about not priorotizing procedural generation of maps: