Hello, I am Xinax
I was muted in discord for putting lyrics in chat and was serving the mute. Later that day my discord got hacked, not banned, but hacked. I have emails with discord about it the same day I got hacked, im willing to show them in a private DM, but when my discord got hacked I was getting a map made for my server and needed to talk to him so when I created a new account I joined unturned and pinged the guy in chat, his name is Pople, you can ask him too and check dm’s I got hacked. I am asking to get unbanned from the discord and serve my original mute time, thanks and have a good day!

im willing to show them in a private DM

Sorry but no, these threads are public for a reason.

Normally we’d need a ID but I already have yours so no worries.

No sirs here, but no worries. Both links are broken, which would also explain the lack of embed.

Uploading through imgur, yes - Album on Imgur there ya go.

Okay, now we at least have those. I don’t see how they prove that your account got hacked tho…?
All they show is that you also claimed that there. Something along the lines of “Hey X your password has been reset” or “Okay we detected some unusual traffic” or whatever would be more to the point than you telling them the same exact thing you told us, which at this point proves nothing.

I have no clue, I was logged out in the middle of a call and I tried to login again and it said my email didnt even excist, really weird, discord isnt doing much like normal, I never got a email saying I was banned either so maybe discord just bugged? In this pic is where there was a report made, which I never did that and says there was login issue, so I am positive someone claimed to be me and got into my account somehow Imgur: The magic of the Internet

Yes, Ia m. Why wouldn’t I be? There is no further input from my side, I said what I had to say.

Do i get unbanned?

Both have the same username and pfp.

You say your account was hacked, are you telling me that the person asking “where do i apply for twitch channel thingy, i have 10k followers” was not you then?

Im confused, I got hacked yes, but I did say that myself that wasnt the hacker, and they havent even logged into the account, I think discord just has it locked, I explained this in the messages above.

So let me get this straight

This account got muted by Deus for one day

While it was muted, it got hacked, or so say you

Do I have the details correct?

I find it convenient that when his account gets hacked, its the same day he got muted 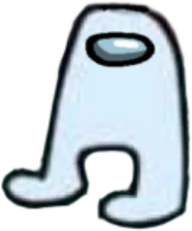 Among us, but for real though, im just going to wait, im not going to push or anything, I broke the rules but it was a weird coincidence with that