[Discussion / Debate] Should Unturned Be Realistic?

So. Here we are. The question “Is it gonna be realistic?” roaming our minds. I’ve seen quite a lot of arguments and discussions about how Unturned 4 features/suggestions don’t fit because they aren’t realistic. And it’s usually something like this:

“Kekmaster69”: Why don’t we add elevators to the game?
“Dfanglover420”: Because it’s not realistic, unturned is gonna be realistic.
“Kekmaster69”`: No it shouldn’t be.
“Dfanglover 420” Yes it should, you can’t build an elevator with bare hands. LIKE YOU DO IN 3.0

(This goes on for some time until one person gets called by his/her mom to eat dinner or something.)

So in this discussion, let’s settle this everlasting question…
Would we like realistic unturned?

Please keep in mind before posting:

well first off, OP’s example is a bad kek. 3.0 doesn’t have elevators. the closest thing it has in terms of silliness factor is makeshift cars (which is probably just as, if not more ridiculous then elevators).

Moving past that, 4.0 is ALREADY showing several signs of being more realistic by leaps and bounds then 3.0. A simple glance at the 5* devlogs shows undeniable proof of this - from a heavier PVE focus (which, let’s be frank, would be far closer to reality then what 3.0 currently is), to deeper weather mechanics, to even just how ammunition and attachments are going to work. EVERYTHING is pointing to a more realistic - or at least less silly - unturned. That’s not even glancing at the wishlist or Nelson’s own words on 4.0, primarily because they’re both old and are debatably outdated to a degree.

OP’s title is a misnomer. The question isn’t “should unturned be realistic?” - the question is “to what degree should unturned’s realism extend?”. This is a much less loaded (if not awkwardly phrased, haha) question, and fits the reality of the situation quite a bit better. Personally, I think the game should stick to being intuitive and fair, while still being relatively realistic and challenging where it can be. Someone else can probably describe this better then I can. I’m rather tired right now.

*Devlog 5 isn’t in the Unturned 4.x section of the blog as of this comment being written, you’ll have to go to the home page to see it. Alternatively, you can click on the next linked text to go there.
**Not quite my idea, hah. Came from a conversation off a certain Discord, and I think it’s a good idea that fits the premise.

tl;dr: it’s happening whether you want it to or not, and as long as the game is still fair and not overly convoluted, i think that’s a pretty good thing.

To put it simply, no. Unturned is a silly game, however, it should have realistic elements to it like building gravity. One of the most annoying things to see in 3.0 as of now is a bunch of floating wooden cubes in the sky that people call a base. That shouldn’t be possible.
Another thing is the atmosphere, while Unturned is a silly game, at its core its a survival game, the atmosphere plays a big role in how realistic the game feels, in 2.0, you actually get immersed by the darker colour pallet faster (at least from what I’ve experienced), 3.0 just doesn’t have that and 4.0 is showing signs of going back to that darker colour scheme.
@Whistleblower already mentioned practically everything I said, but I just reiterated it. 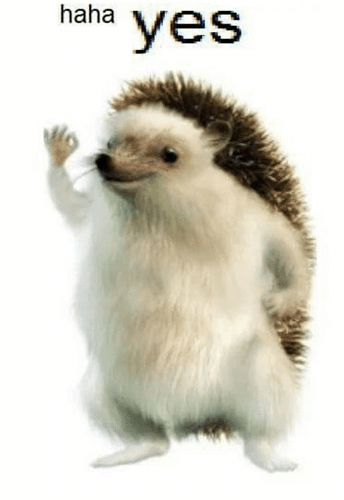 No it shouldn’t be realistic. Well not ultra-realistic which many people are thinking of when they see something that doesn’t make sense.

It’s only survival-focused; punishing and not easy to play but retaining the silliness of the game at the same (e.g. Faces, eating wrappers/containers of food/drinks). Basically keep it between arcade and realism

Wasn’t Nelson looking to fix the eating of packaging, by making the bag separate from the chips inside?

Shouldn’t this have included a poll, with options ranging the scale of realism, and creative liberties?

Realism should be a factor of the game, especialy when 4.x is mainly focusing on PvE. 3.x is known for being silly and unrealistic, I mean you can light a camp fire from thin air, you can have 6-seater cars in your backpack, you can survive a fall from the clouds to the ground, you can pump fuel from basically any patch of grass you can walk on, and much more. So now that all the silly stuff are out, it’s time to get a bit serious and add realism. I’m not saying that it should be 100% realistic (shit, i just drank 10 bottles of water, i have to vomit and pee at the same time. I also ate raw eggs so i might as well die from salmonela). But realism should be a big part of the game, especially when the aim of the game is aiming towards realism (PvE)

A bit realism I’d like, but not too much, because I want to play Unturned, not Reallife Simulator 2018. I’d like better physics, but not a more complex hunger system. I think, funny and useful things like elevators be ok, because the would make fun to use, if the need a high crafting level. Very unrealistic Things like free sky bases have to become removed, but Things like Shooting through cars have to stay!

I don’t think it should be “ultra realistic.” I’ve always liked the lighthearted and goofy nature of the game and realism doesn’t always equal fun anyways

You’re right. Only realism if it don’t do no fun.

That way you can appease both audiences.

But there are some realistic things they wouldn#t be fun!

if unturned became realistic, a zombie apocalypse wouldn’t have started in the first place. If unturned becomes realistic, it wont be fun because one, there would be zombies everywhere because of because of the amount of population in those areas like Russia would have hundreds of thousands of zombies. so no, unturned SHOULD NOT BE REALISTIC. ffs, it would remove all the fun stuff like being able to explode from eating gun or being able to build bases underwater. so no, we dont want unturned to be realistic.

If you want to fend for the same point @Nerobrine_LP stay in 3.x

unturned 4.0 WILL MOST DEFINITELY not be realistic. I doubt that nelson would try making unturned more realistic other than some basic stuff like driving, building and shooting and other stuff like that. Unturned is not EVER meant to be super realistic. so just dont.

As I said earlier, Unturned is becoming more realistic whether you like it or not. To say otherwise is to be delusional.