I’ve been thinking about how Unturned would be if it was a tad more scary or unsettling. But I don’t know the right buttons to press on you guys, so I want some of the fine lads of this community to share a couple of things that would creep them out if they were to find it in Unturned. What scares me, for example, are just sounds. Some creepy ambient tones and a distant shriek is enough to send me bolting from the game and my room. How about you? Tell me…

Well, as we all know the Turned are taking a dark turn this time around.

I really think we could use some creepy ambience though. Who remembers when Russia hit and everyone went into the subway tunnels for the first time? That unnerving background noise, the darkness, it was our first really atmospheric location in Unturned since the days of Classic.

Imagine in Unturned II, heading into a desolate, run down city and losing track of time. Soon night falls and suspense drastically builds, as the atmosphere shifts towards something deeply unsettling. You’re not sure why, but you feel like you really need to get out. Even during daytime, one should not feel as comfortable as they would looting Seattle in 3.0. Scavenging runs should really make you feel like you’re taking a huge risk, and not just because of PvP.

you know, I was terrified of the tunnels. But literally it was the only place people wouldn’t loot. Though I’ve gotten over the fear by now xd

Perhaps during a full moon event…

personality I thought a light ambient music should play. But some additional sounds about whould really add to that idea.

Also, be nice if a few objects whould make sound on there own, like the doors when spawned are in a half open and closed state, and they whould swing gently and make a “cree” sound, or the watchtowers make a whistle sound as the wind moves through them, or the crunch of broken glass, and on top of that, “dead” turned will still make a vary light breathing sound.

I mostly want the game to have a teen age rating. With blood and dark story.

What I think is really scary isn’t some “creepy” music playing. I like to sometimes listen to music tagged as “creepy” for relaxation. What is really creepy is when a nice melody is playing…and then it suddenly stops. THAT is creepy. It always fills me with anxiety.

I still have the Pripyat melody scorched in my head, it keeps playing sometimes.

But yeah, if Unturned is gonna get ambient tracks it should go the S.T.A.L.K.E.R. way, where it’s music that makes you feel empty, not in the edgy kind, but drained, with subtle melodies that get overrun with ambient noises.

I like this a lot. The first time I heard this in a video it really got me scurred :c

I think the phases of the moon should affect the turned in general, not just full moons. Like, new moons should be when the turned are the weakest, and the phases in between gradually getting strong or weak again. Also, keep in mind that the moon rises and falls throughout the day…

You want creepy… add a random child’s laughter or a baby crying in the background. (But no children or babies to be found).

@RedCo loved that, it would fit very well.

I like to sometimes listen to music tagged as “creepy” for relaxation.

Ik that feel bud, it’s noice. Some ambient sounds in UII should meant to do that in subtle way, maybe painting a vibe of mystery, tension and some sadness in between. Something like:

music that makes you feel empty, not in the edgy kind, but drained, with subtle melodies that get overrun with ambient noises.

I’ll put my own recommendations below soon.

@RainOfPain125 it has to be Aphex Twin… Just so perfect. However, it may be too dark for Unturned, even knowing how we want it to feel.

@Seb_Romu how is that supposed to fit with a zombie (Turned) apocalypse themed game?

In my opinion Aphex Twin wouldn’t be good enough for a game as slow as Unturned, gameplay-wise. It stays too long with a single basic melody that’s only slightly modified. Even if it’s creepy, it needs to be more dynamic and have more substance in a single track. It needs to have things like melodies, distant drowned out voices, stops and speed ups that all try to overlap each other, to stop one another. Another good example is the theme of Zaton, Day in S.T.A.L.K.E.R. Call of Pripyat. The track has a melody that evolves all the way through, with different instruments, along with voices and screams trying to edge its way into but failing. It gives a perfect impression of desolation, emptiness, omnipresent danger while roaming the dangerous zone.

I like Unturned how it is.
Unturned is no scary game, so why do you want it to become scary?

Unturned is no scary game, so why do you want it to become scary?

The game is meant to be darker, and impose some actual fear upon the player who should be surviving for their life. 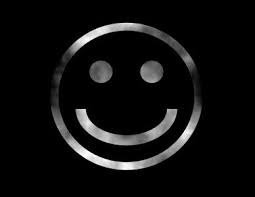 Here is a list of what would make Unturned scarry for me :
- Adding a widn noise and dust effect in the middle of the empty street of a big city, other ambient noises other than birds singing in the forest;
- Make it a little darker in the building, forcing you to use a flashlight in a room if there is no windows in it (a black room is always a goos place for some zombies spawn) or in a bunker;
- Add some variety to the zombie noises, like male or female noises, since there will be gender options;
- Zombies childs ? Maybe a little too dark, but c’mon it’s some cube zombos we’re talking about, but it’s always scarry, Dead Space proved it;
- Zombified animals ?
- Turn the zombies into predators, cuz c’mon, they are just walking at you and stop if you go out of the town, it’s not scarry at all;
- And last but not least, add some soundtrack, (here’s an example https://www.youtube.com/watch?v=fLn-v7tdoPE), some tense and calm soundtrack…

Scratch off the zombie animals cause that doesn’t make sense…

That’s what the “?” is here for, cuz I don’t know if someone would like to see this kind of entities…