Here’s that post on fuel that I promised a while back. On a sidenote, when I was in third grade I accidently sort of burned down my backyard because a friend and I thought it was excellent idea to burn fish oil pills for fun. Don’t play with fire kids. Remember, only you can prevent forest fires. Anyways, I digress.

(Note: A previous draft of this post went into how efficient certain fuels were conpared to others, but then I realized that listing how many BTUs pine wood provides compared to hexamine fuel tablets ultimately means almost nothing ingame.)

Hurr durr, you guessed it, this is fuel that is solid. Usually people don’t use solid fuels because they’re efficient, but rather because they’re, for the most part, easier to store and transport. 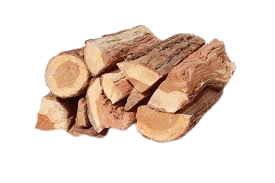 Nothing special here. It’s just wood. Different types of wood usually have a variance in both burn time and temperature, however whether or not that’s a gameplay aspect is up to the community and development team.

Created by heating wood or similar combustible substances in the abcense of oxygen, which removes water and other subtances that could interfere with combustion. As a result, charcoal burns at a much higher temperature than unprocessed wood, allowing it to be used as a metallurgical fuel for blacksmithing and the refining of iron into steel.

In addition, charcoal can also be activated to absorb many toxins, can be used as a pigment, and is also a key ingredient in the making of blackpowder.

Formed naturally by the accumulation of organic material in suitable environments such as bogs and muskegs, peat is essentially compressed fuel and can burn comparably to wood once dried. Can also be pyrolized into charcoal.

A sedimentary rock that burns extremely well, once it ignites. Usually found in underground deposits, though rarely found on the surface as well. Like charcoal, it is also frequently used in the refining of steel. Coal can also be converted into both fuel gas and liquid fuel by way of gasification and hydrogenation. 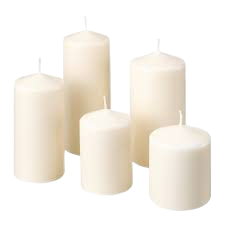 These are refined from a variety of sources, for example tallow is rendered beef fat while bayberry wax is scraped from the leaves of the bayberry shrub. The most common use of wax is in candles, however it also has waterproofing and sealing properties. 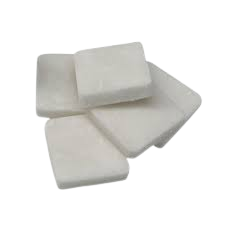 Primarily composed of hexamine, these are extremely light and space-efficient, and can be used with extremely simple (even crude) stoves. However, the burning tablets are sensitive to wind and the heat cannot be easily adjusted.

Again, you know what liquid fuels. Among other purposes, these are the most common type of vehicle fuel. 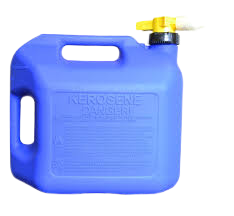 Usually refined from crude oil, but can also be extracted from coal, though the latter process is somewhat less efficient. Used primarily in lanterns and as a vehicle fuel, though also used in less developed countries as stove or heater fuel.

Kerosene can also be added to diesel in small quantities to increase the freezing point of the mixture. 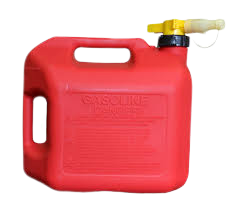 (This is what you Commonwealth blokes call petrol)
The most common fuel in internal combustion engines, gasoline is, like kerosene, a refinement of crude oil. 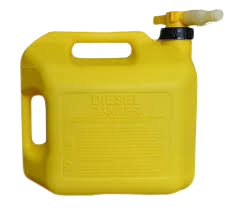 Also a refinement of crude oil, diesel is much more stable than gasoline. Many alternative fuels can also be used in diesel engines, such as vegetable oils and synthetic diesel manufactured as a result of the Fischer-Tropsch process. 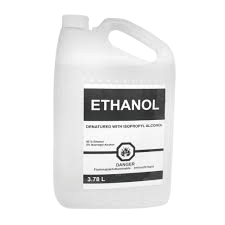 Because realism for the sake of realism is bad, and I’m sure nobody wants three different types of alcohol in-game (two of which can poison you), we are assuming the alcohol here is ethanol. Alcohol, apart from its obvious uses as a psychoactive substance and as a disinfectant, is also burned in stoves and can be added to gasoline to stretch supplies.

I bet you didn’t see this one coming. These are fuels that are gaseous. Who would’ve thought? 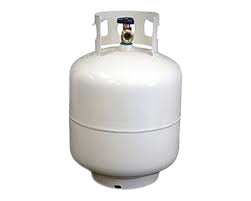 Increasingly popular in developing countries as a vehicle fuel. It is the primary fuel used in hot air balloons and blowtorches, and is also explosive.

Used as a lighter fuel and as fuel gas in camping stoves. Butane burns less efficiently at high altitudes and cold temperatures.

Most often a result of gasification, syngas, or synthesis gas, can be used as a fuel gas either directly or can be converted into diesel.

Thank you for reading, and thank you for your time. It’s 11:40 PM EST and I’m absolutely dead on my feet because I was watching the HBO miniseries on Chernobyl, but hey, it do gotta be that way sometimes.

Again, thank you for your time, and good night.

20 Likes
A short rant about some of the suggestions here
ThatGuyYouDontKnow September 8, 2019, 4:18am #2

Note that the production of Charcoal and Coal Coke (made the same way as Charcoal but with raw coal instead of wood) produces Creosote, an oil-like (for convenience) substance that can be used as a preservative for wood.

Creosote Oil could be used as a treating/preservative agent for wood, generally just boosting the durability of tools and wooden structures. It could be a side-product you can take from the process with any sort of liquid container.

Also the process of making Charcoal/Coke, pyrolysis, is relatively easy to do: any furnace (not oven) which you can close but isn’t airtight (from industrial to makeshift brick ones) and even bondfires under a non-flammable relatively airtight container (e.g. drum) filled with wood/coal can be used to make those two fuels.

I am completely in favor of the idea of having more than one type of fuel. This in addition to adding variety to the game, makes it possible to balance vehicles, (large vehicles use diesel while smaller vehicles use gasoline).

Because realism for the sake of realism is bad, and I’m sure nobody wants three different types of alcohol in-game (two of which can poison you), we are assuming the alcohol here is ethanol.

I do not know if this could be considered “realism for the sake of realism”, one is a fuel (ethanol) and another could be a medical item (ethyl alcohol).

Im a native german, yet I dislike having different types of gas in the game

i do like games that likes to keep it simple also i do think introducing new fuels is really not necessary at the start what i would do is add one for flying vehicles and one for ground vehicles also when it comes to burning cooking things, im fine using wood

I think having just 2 types of fuel for different vehicles (flight, land) is sufficient, although I like the idea of gas for use in stoves and also charcoal.

I was watching the HBO miniseries on Chernobyl

I don’t see any point between differentiating between different mixtures of LPG. Sure some of them might have slightly different ratios of butane:propane:methane or added oil to help seal hoses they’re pumped through, or added lubricants to give slightly better performance in pneumatic guns, but really LPG, Butane, Methane, Propane, Methane Natural Gas, Biogas, Autogas, and Green Gas are functionally the same.

Synthetic gas atleast has a clearly different niche to fill than other fuel gases, though I’m not sure what should separate makeshift fuel gas from salvaged fuel gas, aside from the ability to turn syngas into liquid fuel that OP mentioned, the reason I discount this difference is that I don’t see how the game would be bettered by giving some fuel gases this ability but not others.

However, if we were going to separate syngas and other fuel gases, perhaps a similar distinction could be made in kerosene, with high quality jet fuel being somehow distinguished from the more basic fuel oils (which could just as well be called coal oil, lamp oil, heavy oil, marine oil, furnace oil, bunker fuel, bunker crude, heating oil, Mazut, or parrafin [although the latter could be confused with parrafin wax or liquid parrafin, which is more like mineral oil or baby oil]) The latter could also be combined with or somewhat interchangeable with the likes of whale oil and copra oil.

At the start, I don’t even want to see flying vehicles, let alone a separate type of fuel for them, but I think this post is meant to be more comprehensive, covering things like peat and coal, which are of varying importance in various places.

I think it’s a pretty good thing to have multiple types of fuel, but some seem redundant. Butane and Propane kinda fill the same role (and in some cases irl are even interchangeable) of stove and lighter/blowtorch fuel, and syngas sounds redundant and not exactly possible to do without specialized machinery, so I’d say having a generic all encompassing gas (most likely just propane) would work better. Diesel and Gasoline fill the same role, so having just “Gas” as it’s always been would be good. Peat sounds a bit too niche to find.

Having fuels have different uses would be a great addition, like how you mentioned that Wax can be used as a waterproofing agent or Ethanol as a disinfectant usable in crafting. I’d like to suggest that while all wood will all burn at the same rate, charcoal, coal and coke will burn significantly longer and at higher temperatures. Maybe some materials could be required to burn at higher temperatures than what wood can offer, but that could be counteracted by adding kerosene to the wood?

I would prefer if gasoline/petrol were used for cars on most every map, and then diesel were used for tanks and other such heavy equipment on maps where that would be appropriate.

Peat sounds a bit too niche to find.

…to find in Pineridge or PEI? Yes.
…to find in Siberia or Patagonia? Not at all.

Syngas in particular was suggested because of the possible limited availability of vehicle fuels as well as the possible monopolizing of said sources. As such, I suggested gasification and syngas as a way for players to pyrolize their own fuel.

2 which are dangerous and one which gets you drunk.

no but seiously, It would be a good thing to have, iqf you coul brew homemade beer and alcohol in the game, so that it would be more difficult. and if you choose to sell your alcohol you cant sell the failed ones as alcohol if you dont want to kill anybody, but you could make fuel out of it insted.

Ya Got some sweet ideas but this might make it complicated

I want 3 different types of alcohol.