"Getting over it" - Unturned Edition 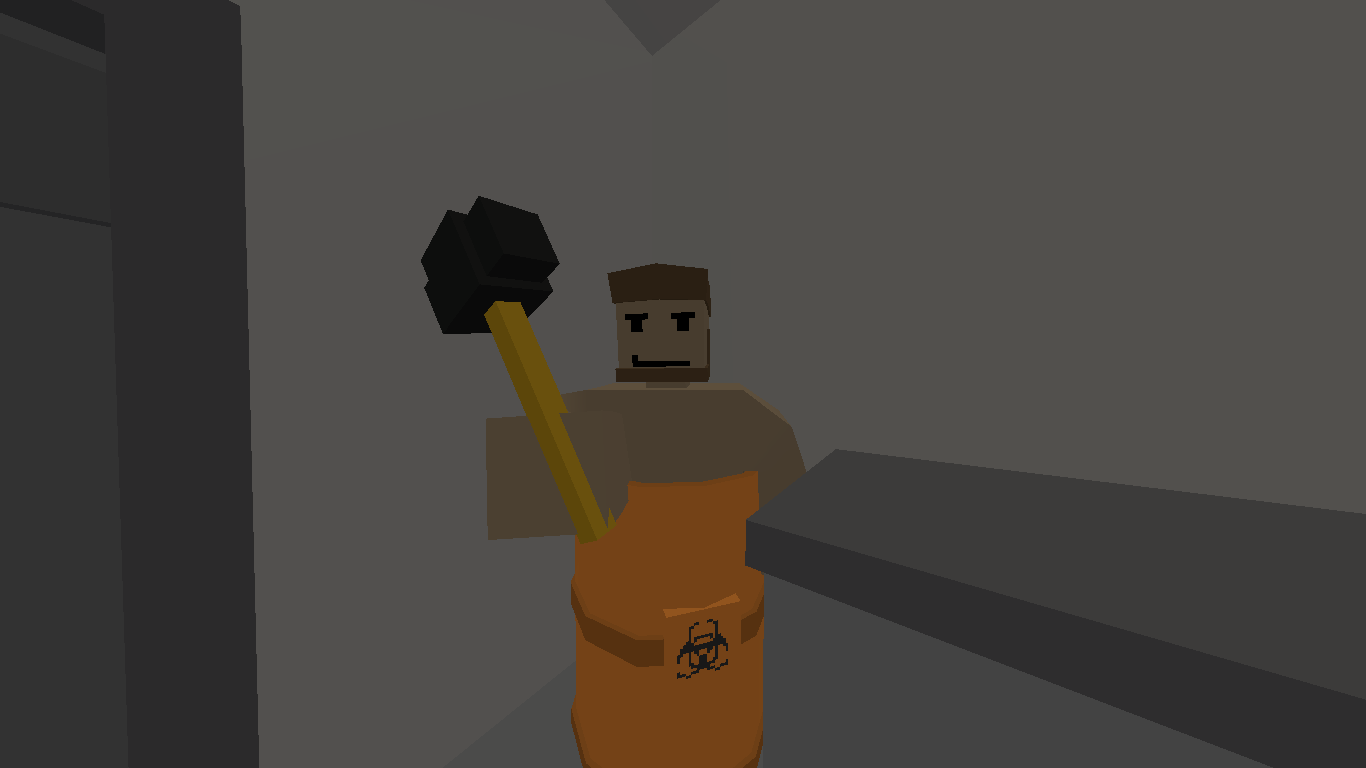 You may be onto something here. Memes used to be simple. Relatable. Worth a chuckle. Then they evolved. New formats, new tag lines, new content that was then turned into a new meme. Then memes became increasingly meta and self reflective. They parodied themselves and the users who both made them and consumed them. They built off of one another. They grew. They morphed into something entirely novel. This progressed to the point where even that wasn’t enough. They had to become something more than themselves. They became surreal. They became deep fried and nuked. Each flavor building off of the last and transforming into a nearly intangible, unknown entity.

Art progressed in a similar fashion. Started off simple, I’m talking cave drawing simple. Then some pottery and some small abstract sculptures. Subjects everyone could relate to and understand. Then, as technology allowed for the creation of cultures and societies, art began to reflect that change and it evolved along with it. By the Ancient Greeks and Romans, art had become a more advanced version of the Stone and Bronze Age arts. Better drawings, paintings, and the addition of mosaics. Sculptures eventually shifted from stylistic expression to naturalistic representation. Still accessible to everyone, yet more nuanced and complex.

After the fall of Rome art stagnated and didn’t change very much for nearly a millennium. Early Christian art dominated for the most part, consisting of murals and frescos and simple statues. All of which were based on the Ancient styles. Romanesque and Gothic art also built upon these precedents. This all changed when the Renaissance attacked.

A cultural explosion changed the art world forever; arguably starting with the Italian artist, Giotto. He began using techniques like foreshortening and linear perspective so that the material world could be represented as it appeared to us. A callback to the naturalistic stylings of the Greeks. Almost like a reference to the days of yore. A celebration of how art used to be, but with the explosion of new techniques and technologies, the art grew increasingly diverse. New and improved frescoes, meticulously crafted sculptures, architectural marvels and the inclusion of new materials in these works. Instead of tempera, oil was introduced along with new styles of depicting light and shadow through sfumato and chiaroscuro. These techniques and stylistic changes, while impressive, were simply an advancement of pre established art. The Renaissance paved the way for the explosion and diversification of dozens of art movements that followed.

From prehistoric art to the end of the Renaissance, art was mostly about the same subjects and used similar techniques to accomplish the goal of producing a work of art. Yes, the technical proficiency exponentially improved but considering the centuries in between, few true advancements were made.

Compare this to memes. They were so simple at first and really were nothing more. Then they got better. More technical. More circumstantial. More media to create them with. But memes could last years or many months before dying off. As time went on, the longevity of a meme shortened. This is paralleled in the art world.

After the Renaissance the Baroque period started. Then the Neo-Classicism, Romantic, Realism, and Impressionism movements not long after. Still utilizing the same technical process but the reasoning behind the movements changed. No longer was it about simply depicting the world around us, it was about prompting the viewer to consider new thoughts and ideas. Urging them to look past the image and think deeper about meaning and context. Pushing the boundaries of what art could be. The Baroque to Impressionism era spanned roughly 300 years. Compare that to the thousands of years between archaic art and the Renaissance. It was a huge explosion of self expression. Finally, in the mid to late 19th century starting with Post-Impressionism, Modern art emerged. This movement focused on self-consciousness, self-reference, introspection, existentialism, and even nihilism. I’m talking Fauvism, Cubism, Futurism, Dada, Abstract Expressionism, and Surrealism to name the most well known.

These styles changed what art could be. They were no longer about depicting life as is, or layering a painting with hidden motifs for only the privileged to understand, they were in and of themselves absurd. Abstract shapes, aggressive lines and colors, nonsensical dreamscapes. But it didn’t stop there.

Post-modernism. Pushing art to the limit of its potential. Pop art, Conceptual art, Minimalism, Fluxus, Installation art, Lowbrow art, Performance art, Digital art, Earth art. These movements are about skepticism, irony, rejecting grand narratives and reason and instead embracing the idea that knowledge and truth are the result of social, historical, and political discourse and subsequently are a subjective, social construct. It’s irreverent and self-referential. It’s avant-garde pushed to 11.

But what’s next? Post-postmodernism? Metamodernism? Hypermodernity? Who knows? Only time will tell.

This is where memes are headed. They started off slow but have picked up so much momentum they’re evolving at an exponential pace. They used to hang around for a couple years at most. Then it turned to months. Then maybe only one month. Suddenly it was a week tops. While some particularly great memes do still stick around much like the masterpieces of art in the past, new memes are created every day, every few hours. New movements of memes are being created all the time. Anti-memes. Dank memes. Abstract memes. Wholesome memes. Surreal memes. Deep fried memes. Nuked memes. Even black hole memes, time travel, and dimensional memes are now a reality. What’s going to happen next? A return to the classics? A new format so brilliant it steals all our hearts and then starts a whole new movement? I’m excited for the future of memes.

wow what a nerd

I see you to watch rick and morty

Oh my god, did anyone really read all of these?

Mother, of, God! That art burns mine eyes!

A tear has been brought to my eye, this is beautiful.

A Post Tracking Every Single One Of Noobyfish's Epic Jokes