It’s good advice to check through your RP servers rule docs and search for a new one or ask a trusted adult if any of them PERMIT the ability to engage in roleplays that are 18+, especially ones that are classified as a RP scenario where you cannot refuse to engage in it without punishment.

For parents; Always check a Discord user profile’s mutual servers if you find them engaging in NSFW actions (for if your son’s 13+). Search for any trends and cut the child off from that server and talk to him or ask the server staff to handle it. If they refuse, take the appropriate means to report the account (Any extra guides to assist in reports will be added on request to replies)

And OFC monitor your kids if they’re under 13 on Discord (claim ownership of the account and tell them to register your age onto any applications in RP servers).

After recent events, I cant keep up the happy persona on the post and have to ask this of users and their parents. If you are a minor and you find this post, show it to your legal guardian/caretaker/parent.
Please keep your kids safe from pedophelia or predatory behaviors. If you find your child defending these actions, you may need to seek counseling or therapy for the child because if it is to the extremity of predatory behavior (especially if the person is confirmed to be 2-3+ years older than the minor), then he may have faced some mental trauma and may have been a victim of grooming.

Don’t blame him if he does defend it, behaviors such as those presented to him may have been normalized in him.
It’s not his fault.

It’s not a replacement- I never said it would be. The Pinkertons weren’t the only security out there. I mean a server that’ll help us keep Discord a safer community. What’s wrong with a few volunteers to help things out in an organized fashion? The only problem I see are Unturned Servers getting mad when 3 12 year old donators (that stole their mom’s credit card) lose their accounts. Unless you’re scared of that?

Are you referring to the pyrocynical pedo accusations

Neat PSA, none of this is new and I hardly think it belongs in the categories it is tagged as.

Wait wasn’t that pyro dude accused of being a pedo and/or groomer like years ago already?
Still the same schtick or a new one?

Wait wasn’t that pyro dude accused of being a pedo and/or groomer like years ago already?

Still the same schtick or a new one?

although no-one really believed him because he provided little evidence, and miss-titled pyro as a “groomer”

although no-one really believed him because he provided little evidence, and miss-titled pyro as a “groomer”

There is a lot of new evidence though that was gathered by commentary youtuber Turkey Tom and was compiled in a google drive. I do agree though, Ivory did a shit job of posting evidence and as a result, the actually important stuff had to be found by people sifting through the scraps.

Mainly after I went through some Unturned servers on one of my usual returns to the game and was like…
“Huh”.

Also, the reason I’m making this PSA is just a small thing for informative reasons and not for drama, if you really want to know what made me make this then you can just ask me in PM’s.

why are you putting this here tho

Went through an RP server (Bloodplayers RP).
Was randomly told that a player wanted to marry me and that it’d make him happy in game and well…
I decided to do it because I thought “yeah, if it makes him happy why not”.
He was 15, I told him I didn’t know my gender & I still don’t (I hope to gawd it’s not a identity crisis cuz that’ll suck).
Then he heard my voice, thought I was boy’ish, canceled the event (rearranged it to be with another person, a girl) and told me in vc he wanted an actual e-date thing which genuinely sent me off the wall and led to me puking.
I told the owner who sent me to one of his buds in a group chat where this guy (if you’re wondering, the weirdo’s name was Gabwafen) began talking about how he’d find me and kill me.
Then he was kicked from the groupchat by the bud and the bud told me that the girl he went after to e-date instead (Mintsed/Minsted) was… 9-12 years old…
He then proceeded to say that Gabwafen was not a predator because he just does it to “cure his boredom”.
Gabwafen also began DM’ing me her actual name out of nowhere which made this even creepier. I forwarded this to another admin and he told me that he’s a general freak who I should avoid and that he’s been banned multiple times over the admins 3 year time on the server, but that he comes back.
Oh yeah and Gab backtracked in text chat and began asking me to kill myself which is always a good mark…
The reason I did this was because even though this is considered basic guidelines, its so common to go on Unturned and just see… Very creepy things.

You have been on Discord for more than a year tho. Which means you violated ToS.
Lmao

For once I can say being incompetent enough to lose my old emails actually worked out since a like 5 months ago my older brother asked me how I lost my most recent email and decided to delete all my accounts that we couldn’t reattach to our new email.
That includes for Discord, so I got a fresh start on my accounts, including the one existing when I was 13 x3
Edit: Yes, I did have my brother monitor my accounts with my older sister owning my old ones and occasionally using them in absolute horror of what I’d say & do (which is my brother would monitor them) 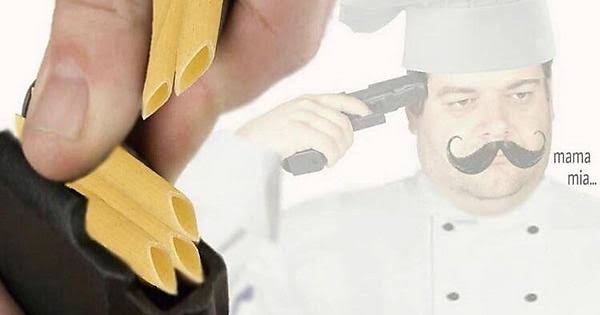 It’s a free Steam game that runs on shitty PCs (or at least it used to), with the majority of the player base being WAY below 18.
What do you expect ?

Doesn’t make it not despicable nor does it make it something that we should let slide or deem “out of the community’s control”.
Because even though it isn’t our faults that things like these happen, we need to work to prevent it.

Except it is out of the community’s control.
We’re talking about a free game, on a free platform, with community-made servers on a free chat platform. Alt accounts are always there, child grooming is always a risk on the internet and nothing is stopping people that groom children from making a new account on Discord and Steam and keep doing the same thing.

It’s like saying that criminal activity is in society’s control. Sure, parts of society commit the crimes, parts of the society fight crime, but it’s very unrealistic to expect the entirety of society to just “stand together” and stop crime suddenly. Same goes for a community of any kind.

That’s just how the world works. It is possible to do it, but it’s unrealistic to expect that to be done, because not all people are willing to “stand up”, very few would be willing, in fact.
Only thing the community can do for this, realistically, is to keep banning groomers and pedophiles and for kids to learn not to trust someone to this extent, over the Internet.

This is a problem you solve at it’s root; discipline and teach children to not partake in these activities. Exactly the same thing as: “Stranger danger” or “Don’t take candy from strangers”, except it’s just on the Internet, which actually makes it easier to avoid than in real life.