Found in camps are not as good at cutting trees as a normal ax but they are better than other items, while melee weapons are one of the most damaging, can be thrown.

(To throw the weapon perhaps the “Reload” keybind could be used for this.)

To be honest I’m more interested in the throwing mechanic mentioned rather than this item itself.

It has been previously mentioned by @Mr.Rawr in their thread.

These are some good ideas to give a general gist as to what we can expect regarding 4.x melee mechanics. A mechanic that I’d love to see is Throwing: I think we should also be able to throw our equipped melee weapon at the tap of a button or click of the mouse(preferably middle click). Holding the key/middle click down and releasing shall result in a stronger, more damage inflicting throw. Throwing sharp weapons, for example a knife/katana, should result in very high damage(maybe even…

Mr. Rawr does a great job of setting up some groundwork for the functionality. Its important to note that @Yarrrr suggested that all small weapons could have this function, as to not limit it to one specific item.

Tomahawks were also mentioned. If you want to expand upon the topic of Weapon Throwing Mechanics with damage specifics, throw speed or item weight you can. I think this would be something great to bring up.

Keep up the good work.

Well, I’m thinking about the “throwing” mechanic behind them. Maybe there could be a throwing weapon skill tree, where you could do cool tricks with them if you upgraded some skills, and you’d get more xp and maybe a neat slow-mo shot of the zombie’s/player’s head getting ripped off by the axe or whatever waepon. That’d be neat. Also maybe some shruiken/kunai could be cool, as well as some regular throwing knives.

Odd to suggest just one weapon instead of going into detail about proper melee throwing, but hey.

I’d definitely be fine with seeing melee weapons that trade some level of functionality for the ability to be thrown, but not all melee weapons. Perhaps if the power attack system comes back, melee like that hatchet would instead of having a power attack just have a throw instead?

I know some suggestions before have brought up the idea of throwing “everything” and that’s something I don’t think encourages good gameplay. It’s also an idea that goes against the overall more realistic, less cartoony vibe for II. 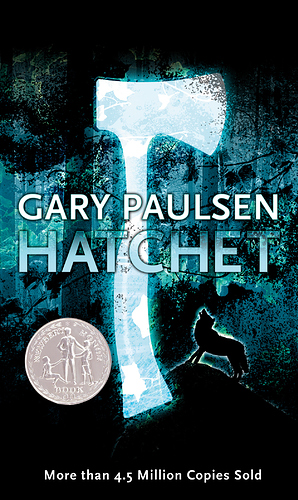 Its a good book.

no, i meant all those hatchets. not the book, fuck the book. I meant all that metal and wood used to make 4-5 million of those

Metal is used in printing books?