Basically in military and science locations some doors to compounds and there armouries. There would be different levels of key cards, like green (low) orange (medium) red (high) prehaps even a secret tier that can access super secret locations.
Any key can open a door below it, these keys could also expire possibly for balance, a new key would be required. The keys would expire after use to much, not on a date. Higher keys need renewing quicker.

There would be different types for locations aswell, apart from the levels.
There would be military, science and business/private keys.

These keys don’t have anything to do with

but are key cards. Houses won’t have key card locks for example, though some could have number codes that can be found.

I like the idea, but I think some buildings should have regular locked doors so there is a useful purpose to C4/Demo Charges. 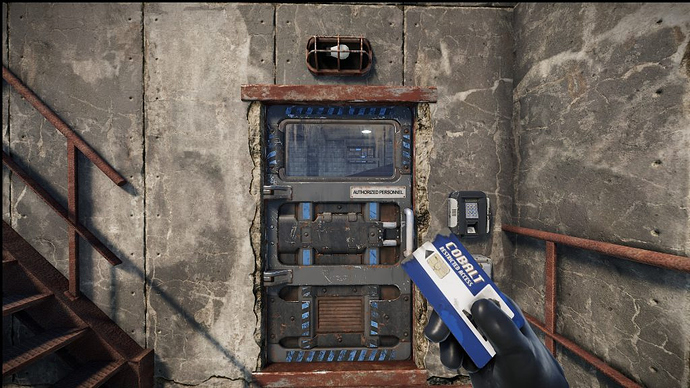 these keys could also expire possibly for balance, a new key would be required.

I haven’t logged onto this server in a while, so my key cards have expired. Guess I’ll have to drive my tank back to a low-tier area, so I can get new keys for high tier areas again.

nice ““Idea”” your player of rust!