Mega zombies are some of the most powerful enemies you will ever encounter in Unturned. Their faster movement speed (vs players), high health, high damage, and ability to throw rocks at players make these fierce opponents in battle if you are not properly prepared.

In Unturned II, I believe we can improve upon these zombies even further, for instance

Be nice if they could rag doll players upon hit.

Megas should be immune to stuns.

Hell, I think the entire zombie stun system needs a rework - thanks for the idea

Perhaps if you’re in a car, the mega will throw it to try and kill you instead of just smashing it.

Mega zombie STRONGER??? HAHAHA NOOBS
my old group use a knife to kill this shit is just a simple standart atack.
X seconds to X seconds he lance a boulder,
timer + max skills in run + a knife = EASY TO KILL this zombie of shit!!!

to transform this in a thing really challenging you need.

So we are noobs for wanting to make an enemy stronger? ok

Also please do not insult anyone and actually make a good point about why you think this.

my old group use a knife to kill this shit is just a simple standart atack.
X seconds to X seconds he lance a boulder,
timer + max skills in run + a knife = EASY TO KILL this zombie of shit!!!

Fascinating, it’s like the zombie navigation is easy to exploit.

Turn standards in things plus aleatoryes

Not quite sure what you mean, you want regular zombies to turn into mutations based on random chance of a mega being there?

Add a style of many special powers like… _Spawn Zombies, Run in your direction destroying and killing all,

Spawning new zombies could prove interesting, but I don’t think the mega should do that, maybe some other special zombie.

create wings and throw flames like a dragon why no??

Well, growing wings is not realistic and breathing fire already goes to the boss zombies.

Make the zombie detect you in long range and run to your direction!

No, as with megas, it is wise to pick your fights, and doing this makes stealth completely not viable.

Hability to turn other zombies plus stronger (like in fullmooon). (TO I DONT KILL USING A KNIFE)

No, people don’t want to fight 30 megas at once.

Kind of what I said, but it depends on how high to can jump.

Add the ability to zombie pick up and devour you and your items?!?

Picking up a player and throwing them is a neat idea, but devouring a person is a bit gruesome, and losing your items permanently is a bad idea.

I think zombies have to be offensive, they are brainless beings after all and can not think.

taking objects in you?

Please rephrase that, I don’t quite understand.

Mega zombie STRONGER (Sorry is strong)
2- yes is easy explore the navegation!
3- a style of superpower aleatory like run in your direction or thing of genre
4 - its your opnion
5 - its your opnion
6 - its your opnion
7 - Boss zombies give very loot i believe that should be impossible use stealth because this
8 - a zombie more powerfull DONT IS A MEGA ZOMBIE!
9 - Why lose your itens is a bad idea when you die to a player your lose you itens why die to a zombie is a bad idea lose you itens??
10 - animals dont have brain and act for instinct dont is same
11 - is to play objects in you (SRY MY ENGLISH)

I said they were strong, If you are not properly prepared.

yes is easy explore the navegation!

Glad we are on the same page.

I meant stealthing around the zombie so you don’t have to fight it.

a zombie more powerfull DONT IS A MEGA ZOMBIE!

Thank you for clarifying, but I feel like a mega should not influence how other zombies work.

I meant permanently. When someone kills you and takes your stuff, your loot has not disappeared, you can raid their base or kill them to get your loot back; and with zombies just simply run back to the place you died to pick up your stuff.

animals dont have brain and act for instinct dont is same

Animals do have a brain, but yes animals act based upon instinct, except smarter animals can learn and adapt. A zombie is a person which has been infected by a virus which has incapacitated the brain and made it only think about infecting another person, usually through bite. Zombies should not be intelligent, all a zombie should really do is figure out how to walk around walls.

is to play objects in you (SRY MY ENGLISH)

I still can’t quite understand, but I have suggested this, the mega throwing other objects at the player.

losing your items permanently is a bad idea.

Umm, when you die, you lose all you items permanently. Unless, your killer doesn’t take your loot, or it doesn’t despawn. Other than that you start over.

When I say permanently, I really mean that there is no way for you to get your items back ever.

You can go to the base of the killer and raid it or you can kill him for your items back. When you die to a zombie, you still can run back to the place you died.

But I understand what you mean, it is hard for you to get your items back, but a method does exist, albeit it is hard to excute.

You have flawed logic. How can you said the base if you have no gear

Certain exceptions do apply, a freshspawn with a hawkhound dying to a geared player, won’t ever get his hawkhound back.

But a player who has been playing for 2 weeks straight and dies, still has lots of backup gear in his base. 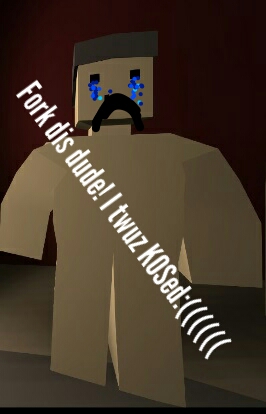 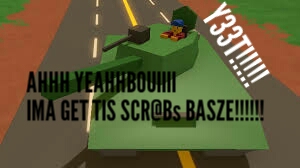 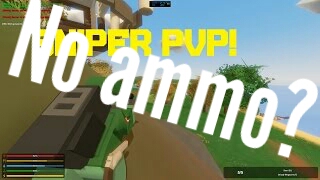