You know how in Minecraft you can get a skeleton to miss you, and hit another mob, and then they start fighting? Something similar to that, but you can throw a chemical or scent of sorts at a zombie, and it will have other zombies attracted to, and maybe even fight the fleshy, human-scented zombie.

This could have all sorts of cool scenario’s, including throwing these at mega zombies. Poor and looted players could take advantage of this unique item and its unique ability. There could be basic versions and enhanced versions that have a greater attraction radius (And possibly greater chance for zombies to attack it, not just be attracted).

You could also use these chemicals on enemy players to increase the radius of zombie detection. Since its smell, trying to be silent or hide visually wont help. Smart players could use this as a means of attracting zombies to themselves or an area for farming EXP or loot.

I think this is a realistic (and balanced) idea, where players harness and exploit the zombies for their own gain. Similarly, some of the things mentioned in Molton’s mega-post about suggestions to the game, where I suggested many of his proposed types of new damage, such as acid or the virus, against other players.

Furthermore, it would be very cool if players could extract and exploit resources of acid to use it against other players. It is an all-too-common sight in Zombie Apocalypse movies and shows where one faction may use the virus as a weapon against enemies. Or when medieval Europe was catapulting dead bodies of the infected into enemy kingdoms.

I think this would have quite some special implementations in the RP area of things. It would be interesting to see the graphical implementations of blast damage - How Nelson plans to animate a “knockback” or “knockdown” especially with items equipt. Would you drop those items and just go to an animation with nothing in your hands as you get launched backwards (or forwards)? Would your character appear burned? Would blasts knock you unconscious far greater than typical physical damage? Would …

This slots fairly well with my mini-thread on senses for the Turned and other entities, as well as how they would mechanically work and be manipulable.

I think, however, that rather than some sort of throwable chemical which might not make 100% sense, an average Joe survivor could instead opt to use raw flesh (presumably from an animal) as bait instead. As opposed to an offensive application like as a throwable weapon, this would serve more as a distraction in the conventional sense (though it’d also work wonders for getting the Turned in the area to converge on an enemy’s location, or simply to mow them all down).

Immersive Details: Senses, Distraction, Disorientation, and You! U4 Discussion

Introduction Today I’m here with a few minor mechanical concepts for UII. Some of these things have been talked about quite frequently, especially as of late, but I’ve been wanting to give my own take on them for some time now. As they are rather small suggestions on their own, I’m rolling them into one single post that I can more easily interrelate them by. This post is entirely centered around the behaviour of non-player entities as well as NPCs (which are technically players, so this might g…

an average Joe survivor could instead opt to use raw flesh (presumably from an animal) as bait instead.

Sure, you could use a physical solid material like flesh, but you cant “douse” a player or zombie in flesh. Maybe flesh can be apart of the recipe for crafting such a scent I suggested.

If flesh is required, this may actually give purpose to killing nakeds, or better yet give more purpose to hunting beyond for fun.

Yeah this would be cool, what about repeat, I mean any other sound/ sight lure dose the smae thing faster.
Also a walking dead like thing would be cool where you can wear the blood to escape. 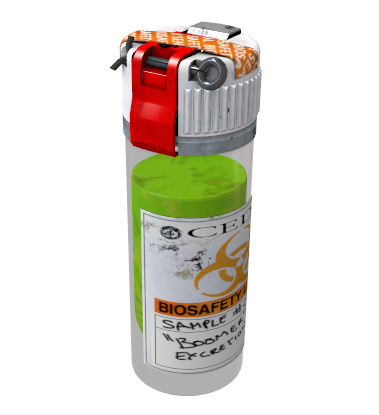 The Bile Bomb (a.k.a. Boomer Bile, Vomit jar or simply puke) is a new weapon which appears in Left 4 Dead 2. The weapon was first mentioned in the achievement list. The Bile bomb is a throwable glass jar containing the green Boomer bile. When thrown,... 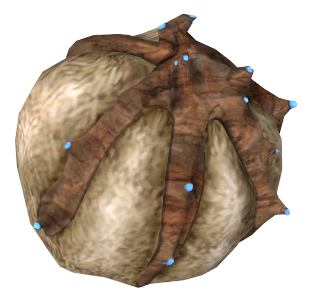 Pheropods, commonly known as "Bugbait" among the Resistance, are glandular sacs harvested from dead Antlion Guards and used to control Antlions. Pheropods are naturally found inside the bodies of Antlion Guards, allowing them to exert control over...