We’re back in the game guys. Uploading a short video talking about what’s new with us and what some of our plans are for the near future. Hoping to be able to get some of your feedback - Back to the editor I go, I hope you’re all having a fantastic day out there in Unturned!!!

Anyways, fantastic work! The environment and objects are on point. Not sure how many maps you’ve showcased in that, but I’m excited to see what you’ve got in store.

i even give it a like before i read anything because of your OG mods before Hawaii comes out for a year i think ?
looks unturned 4.0 has to wait more time and also nelson he will have good more time to focus on 4,0
thanks for what you have done guys for this awesome community .

Really appreciate all the feedback guys! Thanks!

Welcome back man! Really cool video. I love the choice of cold looking lighting for the sky on the ice map. Things get really spicy near the end, a good balance of complex buildings and terrain and flatter areas too, something that is lacking in a lot of maps nowadays. Looking forward to seeing all the stuff You produce from now on!

Is it one single map or a compilation of several maps ?

Judging by the lighting, i’m going to say that we see a minimum of three different maps in this video

Everything looks awesome, can’t wait to see what you guys come up with next.

The only issue I have is the lighting with this map 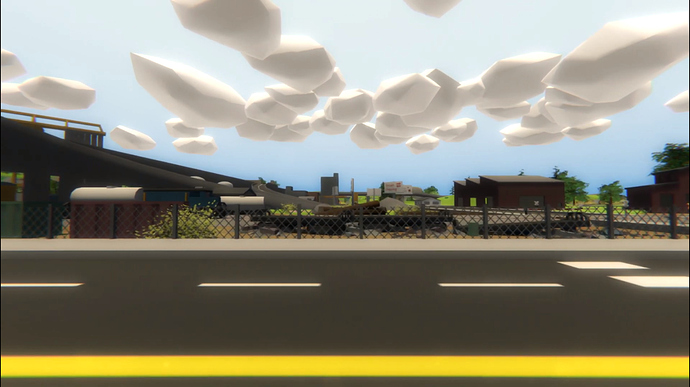 Fully agree with you Froggo

Thanks for the feedback man, really appreciate it!

I actually like the lighting on that map, its the grass color that’s throwing me off though.

I like the colors, it has a slightly muted look and I like that for apocalyptic stuff.

I like the colors too, but I don’t think it contrasts well with the sky, plus I think the sky is too bright

I think the grass I had when this was recorded was from Greece. I’ll make sure it’s got some unique materials before release. The sky is a bit bright - on this video I did go a little bit intense with the “contrast” effect and that’s probably making the divide even worse lol. All super valuable feedback guys!

I do have some constructive criticism for a particular part.

3:54 looks more or less like any plain Unturned map with the only difference in building style.
Perhaps trying different types of fences, more street lights of a different design etc. Maybe it’s too late for this, but even the layout of the houses could be more uniform if that makes sense. (though it’s hard to fully say with only having this perspective to work with)

3:02 I assume this is some sort of construction site, the inner parts look good, everything looks busy and I really like the tracks that go under the road, but there is something, I can’t put my finger on it, I feel like the area lacks height, it’s difficult to say that though, maybe that’s intentional. It’s quite a nitpick, and not really anything you can do about it, but I’ve just gradually learnt to dislike unturned’s roads more and more, not sure how possible it is to change or add a new type, perhaps a darker coloured footpath etc.

5:39 this part is saved by the use of trees and the tunnel that appears to exit the town, but if you remove those two things, it would look like any old unturned city.
And that’s the thing with cities, they are very hard to make them truly unique since the options are limited, I don’t know if you’re making custom objects, but if you are, I’d definitely cease this opportunity to make a unique city.

I think one of the best things you can do for a city is to try again, different fences, street lights, traffic lights, and other road signs, the whole unturned style of just having houses dotted around is something that all maps do, and it’s old in my opinion.
Connected houses are something that could really spice up a city if used correctly.

Again, this really applies to most cities in Unturned maps, they always feel like large villages with tall buildings rather than a productive, busy city, everything feels like… Too spaced out, and not enough complexity, and I’d really like to see this map go against the grain of common cities in unturned, obviously don’t go out of the style you’re aiming for though, it’s just criticism and suggestions.

On top of that, I’d personally love to see more easter eggs in maps, maybe just to fill in a couple bland areas in the wilderness.

That’s my feedback, hope it’s good, sorry if I got a bit rambley at times lol

Hi Lost Silver, Thanks for the feedback dude, really love that you went in depth, appreciate it.

So I think the problems you pointed out actually perfectly affirm what I was going for here. I wanted to get a very vanilla vibe. I initially also wanted to do these maps with absolutely zero custom asset additions - Just being creative with assets in the game. I figured though that It would be worth the time to add some custom matertials/details/and a couple objects. Since we intend to be releasing these maps every 2-3 weeks in addition to working on curated projects (which will get alot more custom content) we think it’s important to keep the “timeline” manageable. These maps are meant to serve as a vanilla experience. Overall - I agree with everything you said good sir