The missle on the map idea got me thinking, how about instead of an op missle that is really uselss ( it can be both op and useless don’t ask )
Imobile cannons
How about just big cannons that you can find in military bases and around surivivor camps. Why, these places (some) can be repaired and fixed. The these massive guns can be used to defend it.
These guns can be researched or something and you can place weaker versions. All these guns are manned only, but you can upgrade them to be automatic, these guns target ( ai mode) vehicles and are like a tank cannon in power.
Npc surivivor camps have versions of these in there bases. To defend against bandits vehicles.

Miniguns
Another kid of turrent, these can be taken form military bases and spawn very very rarely, and are hard to transport. These also require an operator until upgraded. But a crafted one can be made.

Motor
Another way of raiding people, you can place it at a distance and shoot, the shots are a little inaccurate, expensive, but do a lot of damage at great range. Aiming is a little difficult, but it has a range indicator and can rotate 360 degrees, there is no ai version but npcs do use them. (Aiming tip, uses some military binoculars and find the range then put than into the indicator)
This would make for a different way to raid bases and defend your base, even attack enemies bases and neighbors form the confort of home.

New Rocket turrents
A turrent that fires simple rockets for base defence or attack. There are three main kinds. Makeshifts, hold 6 rockets total only makeship rockets and are inaccurate. Military, found outlying or made with really high crafting, hold 12 total rockets, only take military rockets and have good accuracy.
Attack missles, Yesssss like the end game mortar, lower explosive range and higher cost, but these baby’s have a fair range and good accuracy. Annoy your neighbors with raids form the confort of home.

Possibly also a flack gun, to shoot down attacking planes and missles automatically.
ai logic upgrades
These new sentries have a smarter ai by default. They can have there modes switched and take ammo directly, can hold lots of ammo.
The standard mode only shoots if the base or a player is shot at. Not punching or shooting anything else, also these have greater range than the 3.0 guns.
The cannons target vehicles first, then groups of people then people with the best gear.

New: rockets ai. The missles could be heat speaking variant. Not good for raiding though only for aircraft defence. All the rockets can be automatically fired, but the missles require a person, except mabye the heat seaker.
Also to stop ammo waste, there would be an intelligent upgrade, it means that your guns will “talk” to each other so instead of all firing at once and using your tank cannon rounds on one raider, it will calculate how dangerous the target is and assess a reasonable defence. Your tank cannons would only fire once all other lower defences have been destroyed and the cannon is undefended. So your ammo is spared for more dangerous attacks.

I think the mortars would be very fun and the upgraded turrents that have an inbuilt gun would be useful and have more ammo storage.
The cannons are just a little fun idea I had.

Edit, you could craft the mortar and standard rounds. But military grade shots will be better, plus incendiary and high explosive with low penetration. I have made a lot of edits.

Mortar’s is an excellent way of increasing the creativity of raid on base’s , but they would have to be limited to a range . so if you build a mortar on top of a building it has increased range rather than one witch was made on the ground . as you said the would have great range but the accuracy wouldn’t be so good , so having different ammunition type would make players use this weapon more likely .

Yeah I was thinking about high explosive and incendiary shells.
High explosive have a large radius and low penetration.
Incendiary leave a large fire bomb area.
Another idea, high penetration. Ideal for raiding, these hard to make shells do a lot of direct damage to a small area they hit.
And standard are pretty average.

Allow me to introduce myself

Mortars should function like a backpack. So you drop the backpack and deploy it. Mortar should do very little damage to bases above stone/concrete/metal idk what tier and moderate damage to wood bases. Mortars should be an Anti infantry weapon, not a raiding tool. They should have high splash damage, inaccurate (depends on how accurate your marks are)

These cannons and rocket turrets are dumb and unrealistic, would be better to just use spg-9s and TOW missile turrets. Something like a flak 36 (AA,Artillery and AT) for base defense would be pretty cool though.
Or just have basic Heavy machineguns, DSHK/Kord for bandits or russian, and M2HB for American or coalition or whatever.

I feel like you are going a bit over the top though. Having simple more realistic emplacements is better than having Naval cannons and missile spam turrets. 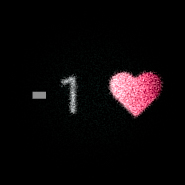 The only automatic turret should be like 3.0, and There shouldn’t be mortars, or gunbost cannons just casually at military bases.

Perhaps normal mounted turrets like mgs un tripods could be cool, because a mounted minigun i think its too much and canons well to balance them they should only be moveable with vehicles and have rare ammunition

Mortars won’t have ai. Plus there in accuracy will wake them poor against infantry, so raiding would be a better purpose.

Bro, the 3.0 one is shit as, I should still be in 4. But a scrap built one without a changeable gun but big as mag 500 rounds max. These turrents would work for exterior defence without being stupid and easy to drain as in 3. They would have good range and smart targeting, so instead of shooting innocent passbyers they would only shoot when shot at.

This also gets me thinking of a sniper turret, or if you put a sniper in the 3.0 style one, it gets snipers range and targeting, but only used against other snipers.

Do you mean flack guns at Airforce, mortars are more navy and army things.

The sentry guns in 3.0 are fine, as in the way they are set up. They could be buffed or are change to work differently. What I meant is that having just random tank turrets (please try to say turrets and not turrents) attached to the sides of military bases is a bad decision.

EDIT: The sentry that only targets other snipers is SO BAD. Also, having the turrets only target people WHO HAVE SHOT AT THE TURRET is also, a very bad idea. I’ll draw a picture later explaining why.

I agree having cannons spawn at military bases just sounds stupid.
The only cannon that should be able to be constructed would be something like a WW2 flak gun meant for base defense.

Yeah they could also just raid the base without shooting the turret. One thing that I think would be cool would be something like a perimiter, if you are in range of the turret t, maybe a warning from turret like an alarm and 10 sec to get away. Though this could also be abused. I would rather prefer having auto turrets as interiour defense and .50s and heavy machineguns, flak guns etc as manual turrets for base.

Mortars and artillery could be a frag damage weapon, the frags would penetrate wood structures and damage the people inside, and do moderate damage to the structure itself. So it would not be ideal for actually destroying the base, but wounding people inside. (Kind off like how artillery and stuff works in Day of infamy and sandstorm.)

And for turrets, ONLY manual TOW missiles etc, Would be dumb to have auto turrets spamming rockets, insta killing everyone.

As i said, rockets turrets would only have 12 rockets.

The turrets I had in mind were like the rust turrets, good range, but they only shoot when there structure is shot at.

12 rockets? (Thats like 12 freshspawns!) If you want a rocket turret that max it should have is 3 rockets.

A TOW missile or something like an SPG still seems like the best and most balanced idea.
A rocket turret like he is suggesting is more like artillery…, maybe like those S5 missiles mounted on trucks that insurgents use, small blast radius and moderate damage. Maybe more concussion and frag damage than actual damage.

Also this would still be dumb if it was auto turret with this as military bases would be death for new spawns, you should be able to salvage S5 rocket pod from Mi24 attack helicopter or something and then place onto base on a pod or ontop of pickup truck.

Though I would still just prefer Simple 1 shot rockets that can be mounted on pickups or placed in bases. Same with Heavy machineguns.

For military bases, an auto turret with Pistol or SMG caliber would be better in my opinion. Maybe 5.7mm turret for pen to more geared players but lesser damage, thus making it balanced for both newspawns and more geared players.

Actually it would most likely be zero fresh spawns, those rockets are expensive and you wounding waste them on a fresh spawn.

The military grade rocket is a high teir defence. As I said that means lower defences would fire before it, only if the fresh spawn showed up with a group and guns, the rocket launcher might see that the hostile is dangerous enough to attack the group.

I haven’t worked out the math yet, but here are some basics.
The amount of hostile are added and what number they reach depend what defences, the of the number then controls which weapons fire.
Gun turrets, low level, the first guns to fire. At low level attacks.
Rockets are mid defences, they fire at groups first. Only mildly dangerous attacks.
Cannons, highest teir, only fire at high raids.

Ignoring the spelling mestakes I do think Unturned could use some different types of weaponry. Not just guns and melee. Indirect fire would be cool. But if it would be added it needs to be skill based, manually ranged and shot. And I disagree with putting stuff like AT cannons and miniguns in a AI turret. That would be ludicrously overpowered.

I do think that turret modes should be able to be switched after placed/crafted. That would be a nice QoL change.