Beginning, I believe that soon we will receive a revolver in the beta and a doubt is on what real weapon it will be based on, so my suggestion is that it continues to be based on Colt Python the same of ace, besides being immortalized thanks to Rick Grimes is very beautiful, I also accept suggestions from others to revolver.
. 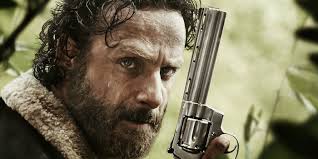 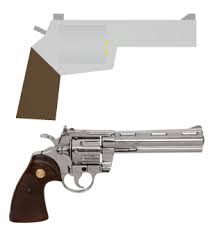 In addition I hope that the revolvers are a new class of handguns, I hope to see 357 and 44 magnum, and also the 500 magnum, the difference is that revolvers have fewer shots than pistols but need less maintenance, and practically never brake for want cleaning, in the same way weapons that in real life brake less for lack of cleaning should have this feature transferred to the game, one of them would be the ak47 known as zubeknakov.

Here a suggestion already given, but Nelson in a recent post of mine said that some details of the gloves were limited because the composition of the current character has problems in certain poses, a problem similar to that of unturned 3, in this Nelson published this image as a new model of completely divided and articulate character.

Thanks for your kind words. I completely agree that the older gloves were better, but I experimented with removing the “fingers” as a necessary evil: unfortunately hand orientation (gloves, cufflinks) cannot coexist with other arm details like elbow pads and shoulder patches without each looking terrible in different poses because the hands cannot be rotated separately from the arms. It’s a detail that bugs me in 3 as well. Wearing the suits there are cufflinks, but the arm rotation makes no se…

It is a good model but I think that changing the 3d model of the character again would take much more time, in addition to requiring a restructuring of the clothes and etc., so my suggestion is to keep the current model of the character But, with joints in parts like hands and feet that would be more affected by the distortion in the animations, despite not having such A great result, or a more expressive improvement, since the current character probably does not support more joints than the hand, saves time, has a good result and the best keeps our current character, which being honest was what I liked the most so far.