I have the idea of creating an official webcomic for Unturned, based off of the game’s story/lore. However, this doesn’t mean that it would be considered canon by me. (That’s Nelson’s choice)

If you are interested in possibly collaborating or pitching ideas, please let me know. 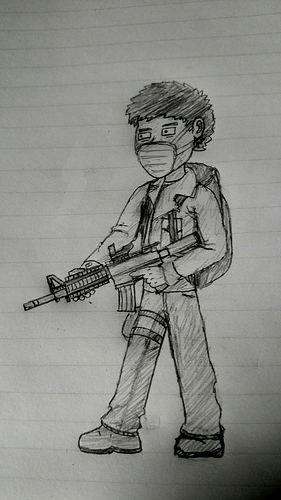 If Nelson agrees it, then he should find some talented artists, illustrators or comic creators where they get paid to do it.

The idea is cool, but what about ur skills? It would be nice to see something from u, just to have an idea of who we’re speaking with

But, I’m willing to do it. Free of charge!

I am planning on being the main artist, but help is appreciated!

You need a group of artist, otherwise your comics will take a century.

It will take years before a story can be told properly. You gotta wait until the game is mostly finished with lore

I don’t mind this, should be something if you’re willing to do and if the dev approves such. It’s likely you gotta make up a plot yourself.

Well for that, I think it’s better if it’s just a fan made comic. There’s no lore in that version

Personally I wouldn’t write a story entirely based on just the lore itself. That would be boring. Instead, try making your own stories based on that lore. I got some of my ideas if you don’t mind.

You don’t have to write a story on just one protagonist however. You can write multiples stories with differents protagonists on how they live or on how their camps get overrun. Heck, you can even write a story with a narrator as he told the story of how the world turns to heck. FRICK, frickidy frick frick, beachballs fecesreproduces frick.

Oh sheet he knows my name

@danaby2 You know what to do xd

I’d rather one for 3.0 down the line since even if you waited for 4.0 to come out, future updates may pose a problem, assuming it’s based around the lore of the game.

A new unturned Comic with incredible story , and author view of unturned world 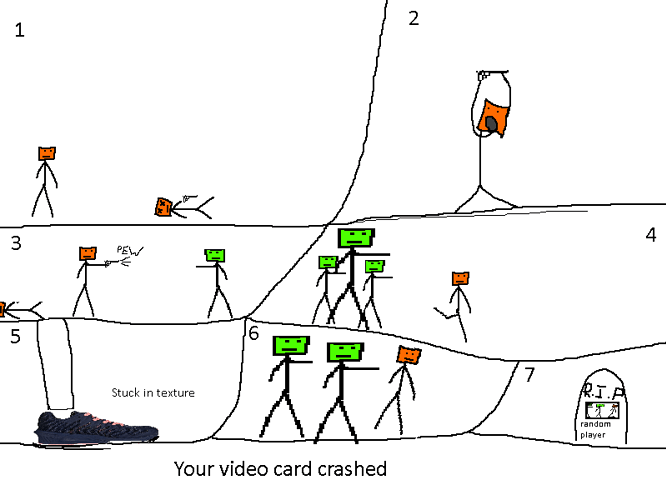 ACTUALLY WAIT I KNOW WHAT I NEEDED TO DO 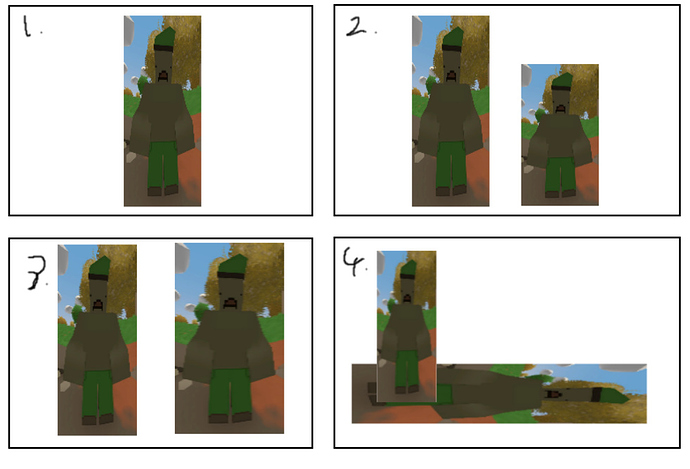 Cool comics, however I bet mine will win an emmy 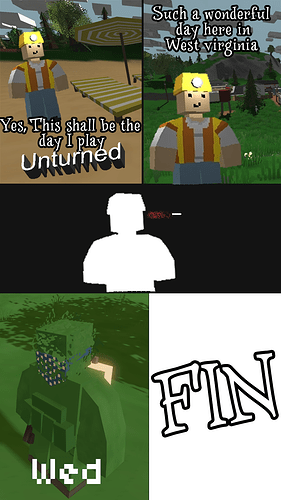 (Please don’t move me to the meme section

West Virginia! Take Me HOOOMMMEEE! TO THE PLACCCCEEE WHERE I BELOOONGHGGGG (I forgot the rest)