Possibly a server setting for 4.0

Basically, its permadeath. If you die, you cant" get back in that server. so it would be basically hardcore mode. This might help prevent pvp because people would be to scared to attack others on those servers. Though it might make it worse because people would just kill everyone so that they can be all alone. thoughts?
.
Btw, this would be optional for the server, not automatically enabled.

Reminds me of Hardcore SMP from Minecraft

You can or can’t?

thanks XD didnt see that 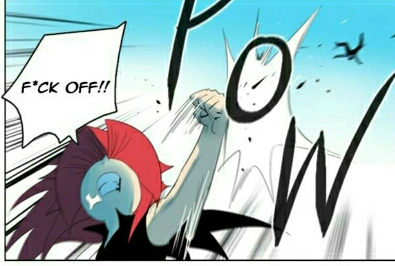 I did that to show it was corrected.

well at least till the server resets, or when theres 2 or three people left. these servers would probably have a set amount of players, then no more players.

no basically the server will reset, and it restarts again.

actually yes, it will basically allow allt he people to join again, after the reset and yeah

This wouldnt work with random people, 50% of people just play on servers for like 30 minutes and then leave, so you would have nakeds punching and attacking geared people who would be scared for their lives in fear of death. And if you didnt let new people rejoin then you would have people leaving out of boredom because it would be like 2 people left that will never find eachother.

Also this wouldnt reduce KOS at all because the two senarios would be 1. No one goes to military locations to loot once they have loot so you rarley encounter players, leading to people leaving out of boredom or 2. People still loot instead of hiding and KOS out of fear that they will be KOSed.

im mostly talking about for private servers. obviously most servers wouldnt enable it, and as I said, mostly private. I want this so people could host servers and invite a certain number of people, till ti ends. Basically every person who joins would be added to a list, which then becomes the whitelist after it has reached 24 players or something. I know, this might be negated by people joining randoms servers then leaving, but maybe if you play for say around an hour you get added tot he whitelist. but if you die you are removed and banned until the next wipe.

Alright, off to Siberia you go.

as I said before, its mostly based for private servers. so basically say if some youtubers wanted to host a server and basically try to all survive without dying, and if they die they arent allowed back into the server.
.
I dunno, I was tired when I did this. I more of post random Ideas that come into my head when im on the forum.

I get the suggestion but if its a close knit groul of friends they can already do this. I did it with 5 of my friends on PEI and we worked together and stuff on a really hard config and then left when we died. I get that the suggestion is for private servers but you can already do this, and the only real time you would need this would be if you didnt trust people to leave, so i kinda get it if you have immature friends or whatever