For a while there have been unwritten rules that servers breaking Steam community guidelines or infringing workshop file copyright would be banned. These have recently been formalized here: https://github.com/SmartlyDressedGames/U3-Docs/blob/master/ServerHostingRules.md

I feel it would be hypocritical to regulate server hosting until SDG (eventually) hosts official vanilla servers, but in the meantime I think it would be reasonable to ban the purchase of individual in-game items because it would not impact any existing server’s customers. To clarify:

Do you have any concerns about this?

Minor note that RFC refers to “request for comment”. Feel free to share with anyone you feel has a relevant opinion, or to ask for additional clarity.

I would be okay with hiding them by default (much like 24+ slot servers).
Completely hiding them would not be okay. On a side note I do not think anybody, not even SDG, should have any say in how people run their servers.

Well a certain individual we all know would definitely support parts of this.

Just looking at the two bullet points:
I can see kits pretty much making up the vast majority of point #2. Buying a military starter kit can essentially be the same thing as buying a Maplestrike every now and then. Whether or not it is a one-time purchase would be up to the server owner.

I’m gonna favor freedom of choice though. As long as everything is clearly defined, players are reminded that nothing is permanent, and no players (children) are being exploited, there isn’t too much of an issue. If we have a decent selection of non-P2W servers, it all works out.

Well a certain individual we all know would definitely support parts of this.

In all seriousness, yeah, thats a great step in the right direction. But servers are still going to sell things like

maybe I’m misreading, but IDK why you would ban selling individual items when you would still allow selling kits full of items.

Except muh p2w servers can still continue to do their thing.
Watch them circumvent this via not selling individual items for cash but one time use bundle with worthless shit everybody just buys for that one item.

In all seriousness, yeah, thats a great step in the right direction.

maybe I’m misreading, but IDK why you would ban selling individual items when you would still allow selling kits full of items .

Yeah, odd that. Guess he’ll either readjust or remove this, because in its current state this seems like a shitty compromise.

Congratulations to Rain for getting this added. He may be a masssive dork but this is a phenomenally good change imho and we have him (and Nelson) to thank for it.

I back up Deus on the fact that you should be allowed too see such servers provided you enable it in Preferences.json.

I also think that this should also apply to vehicles, experience, and ways that are used to circumvent the ban, namely kits and ueconomy currency.

P.S.: When are weapon rebalances coming? The only three viable endgame PvP guns are Zubek-Maple-Matamorez, almost everything else goes towards scrap or into horde beacons. Oh, and maybe a Horde Beacon rework? Maybe have it drop you Special node loot and not 0.5% chance raiding gear and guns in obscene amounts?

Any in game benefit bought through irl monetary transaction should be prohibited, it wouldnt make sense to allow them to have kits but not individual items, or other direct benefits like “vault space”.

maybe I’m misreading, but IDK why you would ban selling individual items when you would still allow selling kits full of items .

I’ll remove its mentioning from our original post for now, since it was admittedly confusing. Refer to now-edited original post.

When are weapon rebalances coming? The only three viable endgame PvP guns are Zubek-Maple-Matamorez, almost everything else goes towards scrap or into horde beacons.

With the way gunplay works in U3 it seems impossible to fix certain weapons into being “viable”. If anything, we should be thankful that there isn’t just one meta weapon - instead as you said, its three different weapons.

I commented it on another post, that if Nelson wants to “rebalance” guns so that all guns are viable, then he shouldn’t nerf existing meta weapons to be worse, but rather buff or improve scenario-specific weapons like SMGs and Shotguns in some way to be useful for their respective situations.

This way, lazy people like me can continue to do a jack-of-a-trades generic maplestrike loadout, while others might get an edge on me by using the most effective weapons for the situation.

I suppose thats a bit off topic but yeah, complicated subject.

instead of nerfing an all around good weapon, buff the so called “situational” weapons like the SMG to be practical at close range. Don’t punish players who want to stick to one generic weapon, reward players who go out of their way to waste inventory space and time to get two weapons.

I’ll remove its mentioning from our original post for now, since it was admittedly confusing. Refer to now-edited original post.

anyway. Although vault space is obviously still a paid advantage, atleast its not as obvious or painfully advantageous. However, if Nelson chooses to ban some advantages and exclude others it will simply put greedy server owners in a position to maximize on the few paid advantages available for them to capitalize off of.

EX: A lot of pay to win servers might have never thought about, or ever used, a vault system. But with the introduction of this good idea, if implemented in this way, it will simply push them to add vaults so that people who pay either get access to a vault (aka normal people dont get vaults at all) or pay for ridiculously large vaults

This would happen across all of these servers, so the vault paid advantage would only become more popular and commonplace across all P2W servers.

Is that a good compromise? Well idk. It would get pretty ridiculous for huge un-raidable inventories to become the norm on the remaining P2W servers. We’re trading a terrible system for a system that would be better but not quite best, in my opinion of course. 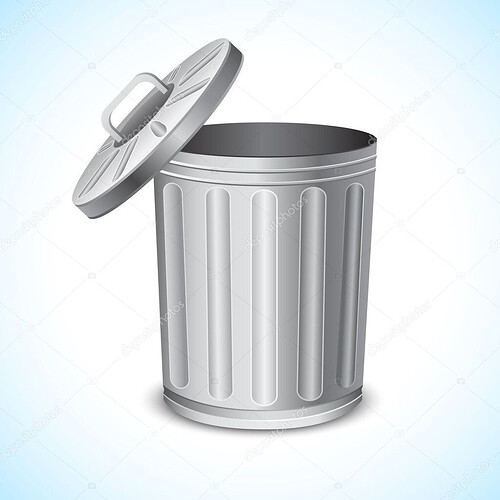 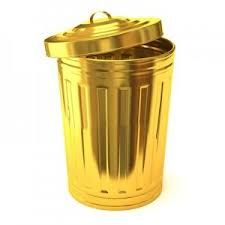 Any in game benefit bought through irl monetary transaction should be prohibited, it wouldnt make sense to allow them to have kits but not individual items, or other direct benefits like “vault space”.

I already resent the fact that i have to agree with you, stop rubbing it in my face.

As a side note though id be nice if the game had like a built in donation system for servers as to boost revenue for them.

No idea how’d you do it tho. Edit: Skin donations?

Just going to give my opinion on this.

I see little point in banning items if you are not going to ban kits and anything to do with in game advantage. Similar to Minecraft’s approach. There will always be loopholes in what you ban or block if you don’t ban it all, which I believe won’t be very popular in the slightest.

As outlines there are many loopholes especially with items but these cover most in game advantages. So say you ban item sales for in exchange for IRL money, what’s stopping a server owner creating a credit system in game which they sell items in, these credits could only be retrieved from buying them on a store, but they are not selling items directly. How is SDG Expected to deal with this?

Another work around is servers continuing to sell these advantages and just not needing to be on the server list at all, most Pay to win servers barley rely on this method to get players on there servers, instead relying on votes on the unturned server list. Or word of mouth, both of these methods require players to direct connect rather than searching on the server list. The only solution to this would be blocking the server/IP entirley. Which isn’t possible as changing Ips/ ports for your server is extremely easy. Only way to combat this is to get server owners to use a Game server token so players can connect for the server which they would apply for and then ban these instead of them freelly avalible on the steam end, again requiring more work for SDG.

Another thing which is similar to above, whats stopping servers from just changing IPs if they break your rules supposed, assuming your going to ban by IP? If you have other methods would be interested to hear them proposed. Especially as a Hosting Provider owner like myself.

In conclusion I believe this to be useless unless you SDG are willing to put in the effort to completely block servers that break the rule of selling anything that gives players a in game Advantage. Otherwise there will always be a way to get around it, in one form or another.

To clarify: the initial goal here would be to stop exploitative consumeable purchases. Items, vehicles, currency, experience all being examples of in-game consumeables.

These in-game stores are some of the most egregiously pay-to-win, and are also problematic because players can spend an infinite amount of money on them. Comparatively a one-time purchase to support the server in exchange for a rank / benefits seems fairer.

I also think this is a good place to start because stopping the sale of consumeables does not affect any existing server customers, i.e. it is not taking anything away from anyone, only preventing future purchases of this type.

I think its a good place to start, but be aware of the loopholes. And other methods of blacklisting servers/banning them have to be investigated. Rather than just “removing them from the ingame server list”. If you truley want to stop it. It has to be stopped. IE the servers not playable.

Most of the servers doing it, already have a extremely large playerbase. Removing them from the serverlist isnt going to do anything.