Working on fists today and Tuesday. Was thinking about how the regular fists should interact with an item like brass knuckles. My inclination is toward one of these two options:

Either way you can use the punch whenever that fist is not in use by a weapon, i.e. no weapon in that hand, not using a two-handed weapon, and not involved in a two-handed action.

What do you think of the two options? Does it make more sense as clothing, or as a weapon?

I think it makes more sense as a weapon at least in terms of in-game naming conventions. It just seems more intuitive for them to be a weapon over clothing for obvious reasons (aka how they’re treated in other video games + the idea of wearing brass knuckles in the same manner as a pair of gloves seems less than practical).

Overall interested and excited to see how melee plays out in II because I believe solid melee mechanics are an important, core part of the game, and overall I’m glad to see you are asking for feedback on it.

The latter seems better, to be honest, this also allows for you to wear brass knuckles over gloves, which honestly is the smart thing to do since punching with those things hurt.

I’d go with the wearable item method for it. If melee via gun butt is never implemented or if it does a weaker amount of damage, it’d be interesting to have the ability to use the brass knuckles without switching away from a gun. Somewhat similar to 3.0’s bayonet except without taking up an attachment slot.

I think a one handed weapon is a better option, than as a clothing slot, Hey also could you add spiked knuckles as an other option.

If you make it as a clothing item, would you be able to have it on all the time?

i like this idea, it’s a lot more interesting than yet another reskinned axe/sword/etc. i doubt anyone would use brass knuckles as a standalone weapon so having a sorta thing like this thats pretty cool and interesting and i like it.

I think it’d be more interesting as a clothing item. If it was just a one handed item it wouldn’t be used, the idea of certain wearable items giving buffs (or even debuffs) to your character is really interesting and could even balance the skill system.

It wouldn’t make much sense but it would be much cooler if it were a clothing item.

I find myself torn between the valid incentives for both options as they make a lot of sense (conceptually as a weapon, but practically as a wearable), so what I’ve been thinking about is more of a potential compromise that implements both concepts at the same time in slightly different ways:

P.S: I’m also pretty satisfied to see you gathering direct feedback for this, and I’m sure myself and others will be eager to provide feedback like this in the future.

I think that a melee attack while holding a gun shouldn’t be too unrealistic really.

Maybe press a button like in call of duty that lowers your gun and you start punching people. The brass knuckles can be equiped like clothing then so you can always have them on. If you don’t have brass knuckles, you just punch with your fist.

Make it one of the few items that you can use while holding a two-handed weapon then, because then it will be used a lot even though it might not do that much damage.

What do you think of that huh?

I agree with Danaby on this one, I think nobody would really use them much if they were a regular weapon, plus it would make them a bit more interesting and unique.

Some other items that give a skill boost could be: 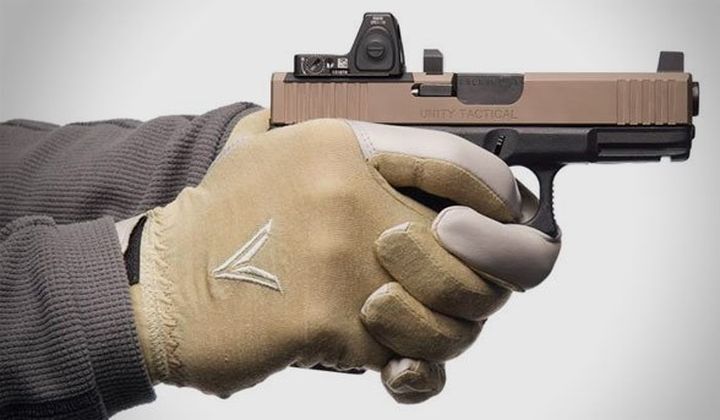 These are a thing in real life, they could grant a slight boost to accuracy with ranged weapons 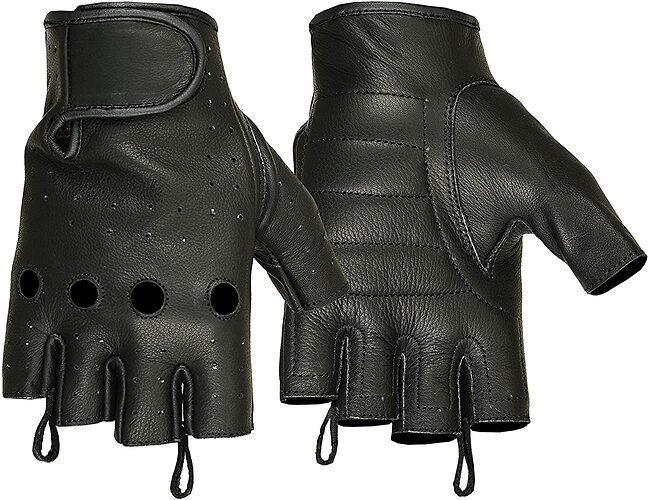 These could improve your driving ability slightly, make it a little easier to steer vehicles.

I would prefer it as a wearable item, I think that if it is a generic weapon, few players would use it and we would have an unused item in the game.

It all depends on how realistic or customizable you want the clothing system to be.

If we’re talking realism and upmost customization, make it 2 glove slots. You can have gloves in 1 slot (still applies to both hands) and then the brass knuckles over the gloves in the 2nd slot, because nothing is stopping you from using brass knuckles and rings over gloves, brass knuckles are wide enough.

If we’re talking less customization, but still realistic, you can have gloves in the gloves slot and knuckles as a 1 handed weapon.

BUT, i think that things like knuckles shouldn’t take away from using other weapons. You can still grab a 2-handed weapon like a fire axe, with knuckles. Yeah, it’s more uncomfortable, but it works 100%.

I personally think that knuckles should be used as a cosmetic in the gloves slot that grants increased punch damage. Early game players can have higher damage, people later into the item progression can use gloves instead and have a weapon of their own. Brass knuckles don’t seem like an item that would be viable once you’ve geared up, so it ends up being a cosmetic decision between gloves and knuckles, UNLESS gloves have attributes similar to what i mentioned in this post. If gloves have attributes of their own, then it turns into a “should i look cool with unpractical knuckles ?” or “should i ditch the knuckles and use gloves for their fall damage reduction ?” decision.

I would love to see them act as clothing…but also act as its own weapon if that makes sense? Something that is constant on the player (clothing), but accessible on a hotkey like a bandage.

I like when games implement alternative uses for a style of combat rather than just objectively being better in damage because they serve the same purpose. So perhaps the brass knuckles don’t do as much raw damage as say a knife or other melee weapon. But is like having a third weapon slot. Example: A Hawkhound and Colt in your primary and secondary slot, with brass knuckles on your fingers. Compared to having a Hawkhound and melee weapon equip. It will be up to debate and player preference if they want two firearms, maybe Rifle and SMG for players or hard AI, with back up knuckles, or just rock One primary and a melee secondary.

So the trade off is my brass knuckles may not be the fastest damage compared to a sharp knife, but instead of just being a lower damage melee weapon saves a weapon slot. To me seeing brass knuckles on a drop would get me excited like “o boi now I can play the game this way”. Compared to say picking up a hammer, its just a worse melee weapon that is the same in every way as a knife just worse.

Also there is so many avenues brass knuckles could take in a new Unturned (U2 that is). Regarding blunt damage vs piercing damage. Just off the top of my head I am already thinking random new mobs in U2 could be weak or strong to blunt damage like hammers, clubs, or knuckles. Creating a utility for certain items.

As well the world of opportunities goes even further with the agility to one hand a pistol and one hand a brass knuckle.

Since players have been discussing brass knuckles, it’s worth noting that there could be different implications for how skills are allowed to affect brass knuckles. Depending on whether they’re a passive buff to both hands as a pair of gloves, or if they’re a one-handed punching melee weapon that can be dual-wielded.

I think this ones the way to go, I definitely think more customization would be beneficial to the survival aspect of the game.

I think it makes sense as an item stacked in the glove slot, like a shirt and a jacket.

I’d vouch for brass knuckles acting as a wearable hand-slot accessory. Surely making it a standard melee weapon would make it an underused, generic weapon found in the streets you would preferably scrap for a piece of metal.

By making it a ‘glove’ item, you would give people the ability to have a competent psuedo 3rd weapon in the scenario that you prefer having 2 ranged weapons, even if gun melee is in the game (which I believe would be weaker/slower than regular fists). Optionally it could serve as a gun melee replacement as a single punch though it shines more if you’re holding nothing else for its faster attack rate

The fist damage bonus would be its only benefit. Other accessories in the same slot would have other uses like warmth, protection or skill-boosting so brass knuckles wouldn’t entirely be an must-have item. Since we’re not looking for realism and the fact that we don’t have ‘true’ hands I’m sure the inconvenient grip doesn’t have to exist

To follow-up on this, I am personally more inclined for it to be a standard weapon for the sake of how the planned skill system interact could interact with it (as a weapon). There’s also other realistic options for buffing melee/punching damage via gloves (e.g., SAP gloves for punching), although they’re less visually distinct compared to brass knuckles. The suggestion for switching punch damage type for spiked brass knuckles is interesting regardless.

The biggest imaginable downside would be however they have to be equipped, which is a very reasonable concern as to its usefulness and a hefty downside if it took up dom/sub hand slots.