I have seen this mentioned in several suggestion topics and comments, but I haven’t seen a topic dedicated to this discussion, so here it is:

Basically in all versions of unturned you start off completely naked in the wild. This can break the immersion a bit for players because it feels very gamey.

On the other hand, starting with clothing on could theoretically lead to some forms of spawnkilling abuse on servers (I.E. Clothing can be used to make bandages, so farming new spawns now has a real advantage.)

A possible compromise to combat this is to do something similar to 3.0, where you could equip “fake” shirts and pants that don’t affect gameplay at all but at least make your guy look clothed.

Please let me know which you think is best in the poll!

You shouldn’t be able to make hospital grade dressings out of torn clothing. Therefore, if that was removed and you could only fashion crude rags, I’d support spawning in with basic civilian clothing, we’re talking shorts, t-shirts, some really bad starter clothing that you can work your way up with.

Spawning with clothes should be toggleable and off by default though.

In single player, you can go to the player menu, and select a specific job your character has. what ever job you selected for your character give him the right attire for the job that is real shirts and pants as well as a trait from what I hear

Alright, here’s a good system that I think is suitable for UII, it’s adapted from a Stalker mod called Dead Air, which is considered by many to be the second most intensive and hardcore modification behind a mod called MISERY (which you can probably guess from the name).
Essentially how this works is there is a ticket or point system in the character creation menu. On the right is a list of equipment and additional skills that the player can obtain, by using said points. The player starts with 100 points. These ‘bonuses’ range from a basic set of equipment: 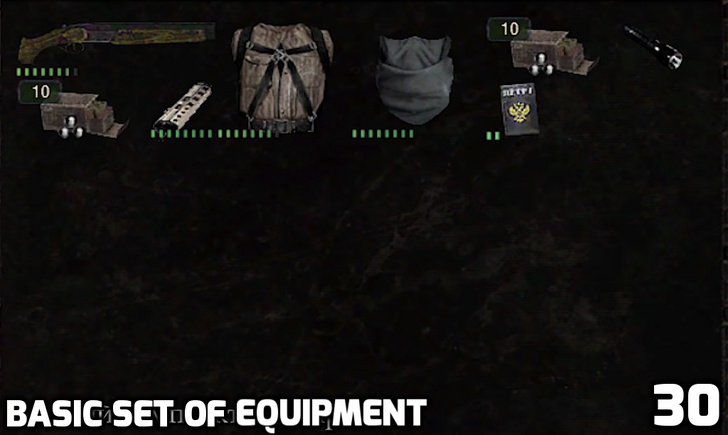 image728×435 82.3 KB
Which has a sawed-off shotgun, 20 rounds of buckshot, a basic suit, a cowl, a flashlight, and what I believe is a newspaper for tinder and a book of matches. The kit costs 30 points.

To a set for artifact hunting (artifacts are anoumalous, very valuable objects found in Stalker), which costs 40 points. 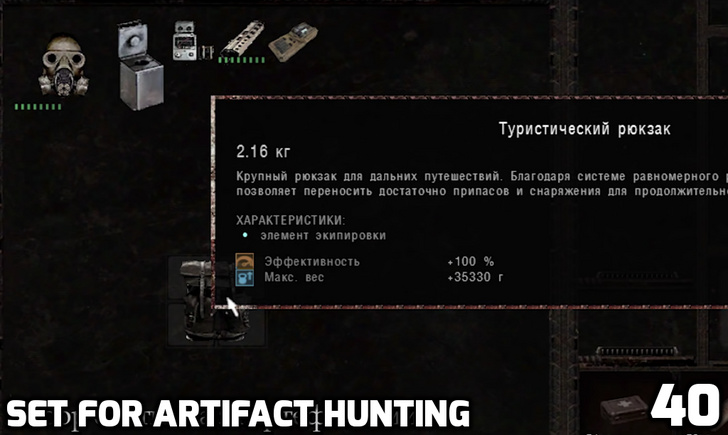 image728×435 92.4 KB
This kit contains a gasmask, a lead-lined container for artifacts, a dosimeter that measures radiation, again, what I believe to be newspaper, and finally a Bear type artifact detector.

The skills, all of which cost 10 points each, range from Inventor, which allows for the player to automatically start with some advanced crafting recipes; and Attentiveness, which allows for better perception and searching times.

I love anything STALKER so this hurts to say but…

This system works because these supplies are common enough to be basic supplies. The Zone is not a complete wasteland devoid of life unlike in UII.

I think the survival aspect is increased when the player starts with nothing and has to work their way up to the top, but if a points system is used, it feels kind of like cheating, as you are just spawning in with these supplies, and not earning them.

Essentially how this works is there is a ticket or point system in the character creation menu.

Depending on how exactly this is executed, I’d be down for it. As a community mod/module, not really as a vanilla feature. It just seems super unfitting for a multiplayer, open world game since most of the games that do this are single player and structured around brief stints or runs.

I reckon, that u spawn with basic pants (burlap) for some extra storage, some food (bottle of water and a can of beans perhaps) and some sort of tool/ weapon e.g axe, knife

No thanks. This isn’t kit pvp.

As for players spawning in with clothes, they should spawn in with a generic set that doesn’t give them any storage.

This system works because these supplies are common enough to be basic supplies. The Zone is not a complete wasteland devoid of life unlike in UII.

I think the survival aspect is increased when the player starts with nothing and has to work their way up to the top, but if a points system is used, it feels kind of like cheating, as you are just spawning in with these supplies, and not earning them.

Depending on how exactly this is executed, I’d be down for it. As a community mod/module, not really as a vanilla feature. It just seems super unfitting for a multiplayer, open world game since most of the games that do this are single player and structured around brief stints or runs.

Just stay tuned, I’ll write up a topic after I get home from school.

how does spawning in with like 12 more slots in ur inventory have anything to do with pvp, u sir are the big dumb

I don’t think you understand that kit servers were one of the things that killed survival in 3.

i understand, but i mean its just a pair of pants, food and a tool like that is nothing in comparision to the ‘kits’ which would give u full clothes, tones of food and a weapon, perhaps a colt or smth

Even because spawning with clothes would make sense since the character is a human and wears clothes or he was in the bath during the end of the world.

IIRC, clothing in Unturned II will effect more than just inventory space and armor values, meaning there’s more ways for different clothing to be differentiated and civilian clothing can be relevant as something more than just a source of bandages, even if players spawn with some very basic clothing. Many people support the idea of #nopocketsnostorage, so it makes sense to allow people to who aren’t playing the hardest difficulty to havs the option to spawn with clothing that has some inventory space. If players could spawn with clothing that offer slight statistical benefits over eachother, but are balanced to be roughly equal to eachother, but worse than clothing that can be scavenged (no 3.X thief outfit please) could be a valuable addition to a player customization or specialization system.

Clothing that is purely cosmetic, however, adds nothing to the meta except allowing nakeds to be confused for geared players and possibly allowing geared players to hide what quality their gear is.

Maybe you can spawn with clothes, if you choose to, but they must be a little bit torn up and we have to see it easily

You literally suggested spawning in with food, water, and an axe/knife. I’d call that a kit.

You shouldn’t spawn with food, water, or tools. Simple as that.

A lumberjack spawning in with a saw or a small hatchet or a spec ops dude spawning with a cleaning kit wouldn’t be all that bad IMO, they wouldn’t give a huge head start, but could help the player actually get started with what their chosen profession is specialized in. Food and water should not be given in addition to tools on anything but the easiest settings, but I guess if there were to be a well rounded profession, it could be given some basic foodstuffs rather than any specialized tools.
(P.S. I used 3.X professions just as examples, not saying they will or even should be the same in 4.X)

A continuation of my post from https://forum.smartlydressedgames.com/t/spawning-with-clothes/6630/4 Alright, I have a feeling many of my fellow Forum members are wondering how to balance out new players and old. This is the status quo in almost every multiplayer survival game on the gaming market; new players join a server, veteran players curbstomp them into oblivion and sadness. Well, fear not, for Comrade Red has hammered out a possible solution to this age-old problem. Please proceed wi…