Stasven Teaser #8.5 - Whoopsie Daisy, I Did It Again (Why Is My Only Employee Telling Me To Stop Updating Old Stuff That's Perfectly Fine In My Book)

So. It’s us again.
We’ve got some stuff to show that, y’know, we’re not dead. Yet.
We don’t guarantee anything. 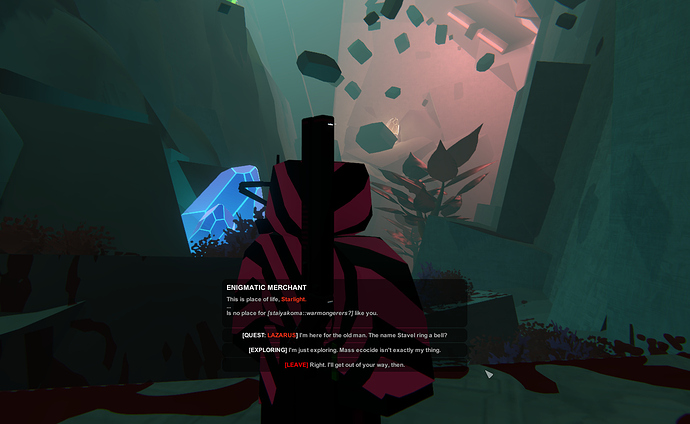 They’re planned to have quite a few interaction options, ranging from simple quest-related questions to dialogue that actually changes things - for example, a character can either call you ‘Starlight’ or your character’s name based on which option you pick when the NPC asks you about it.
It’ll probably barely work and look absolutely horrible in the NPC asset .dats, but it’ll be something??

So far there’s around 40 tips, ranging from actual gameplay tips such as the one above to small bits of lore about the world of Stasven and all the stuff surrounding it. You’ll want to pay attention to them, because they’re the only way you’ll be able to learn about any new/changed mechanics (we can’t make custom tutorial maps and writing down all the adjustments we have in place would be a waste of time IMO) 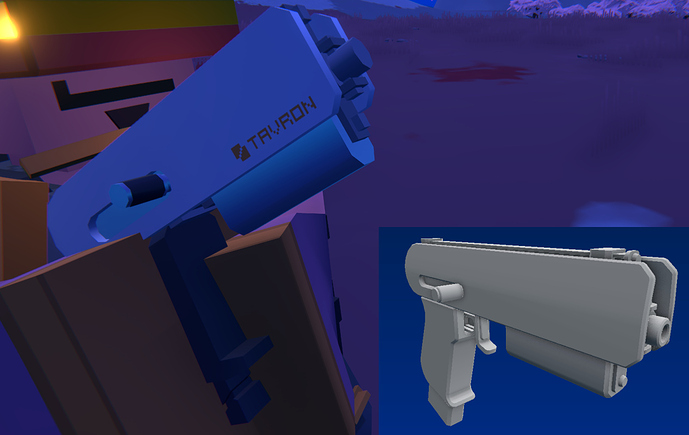 I have this strange obsession with updating models that don’t match up to my current modeling abilities.
Naturally, this leads to disaster new and amazing models that vastly improve the quality of the map’s content. It also gets in the way of making actually new content.

We’re just gonna gloss over the high poly pistol model. Nothing to talk about there, nope. Nothing. 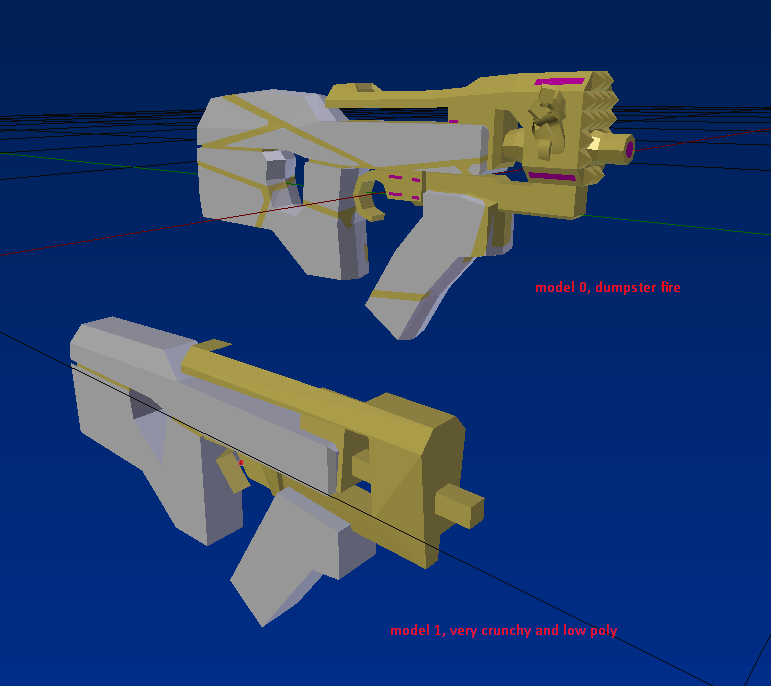 Shockingly enough, we’ve learned our lesson since PEI v3, and we’ve made it a point to at least try to optimize our models and effects. Drmz especially, he’s threatened to strangle me at least twice over some of the work I’ve done.
But, a crushed windpipe won’t stop me from making guns with over 2,000 tris. Nothing will. Nothing. 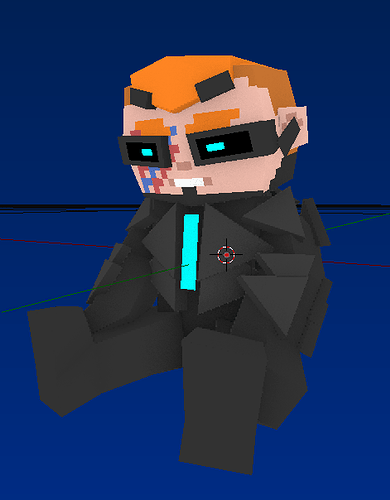 image472×604 71.1 KB
Speaking of Drmz: our latest venture into virtual home/base/vehicle furnishings begins with him!

Our first Cursed Plush Toy™ is of the Executive, the founder and current CEO of the Monochrome Corporation. Leave him unattended in your dwelling for any period of time and you may find yourself caught up in one or more of the following unusual situations:

DISCLAIMER: The Enigmatic Merchant is not liable for damages to your property and well being due to these adorable handmade dolls. You bought 'em despite the fact that they’re cursed, so it’s all your fault if they break anything.

Unturned doesn’t have any real form of home decor other than mannequins and display racks, so we thought we’d spice up your virtual homes with cursed dolls of community members and Stasven NPCs.

We don’t know what they’ll do to you or your home, but we sure as hell won’t let you sue us for it. 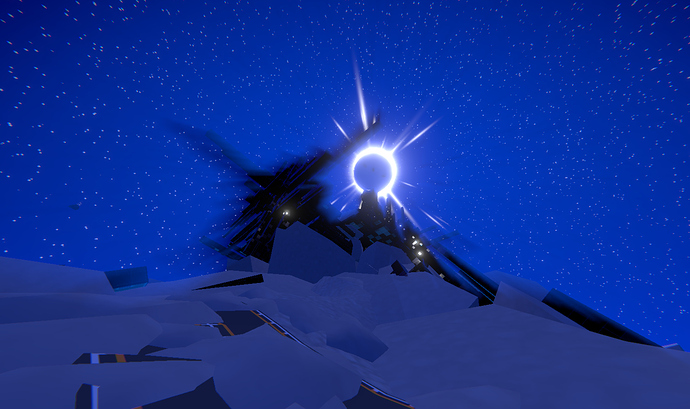 image1484×881 366 KB
WIP Obelisk rework, taking advantage of a large amount of terrain holes and sheer disregard for anybody who cares about performance

Yeah, uh, remember when we said we learned how not to make a map from how PEI v3 ran like actual ass? Totally didn’t forget that. Totally.

It’s too late. Not even God can stop me now.

Well, maybe a forum post ending can stop me. Temporarily. Still working out the kinks on this whole power creep thing, y’know.

This was a way more wordy/technical-y post because in all honesty we don’t really have too much new stuff to show right now. Still on our anti-burnout break so most of the work’s been on bringing older stuff up to date and fiddling with new shaders here and there.

Could be worse, though.
It could be Project Icarus being practically dead in the water since it was started. 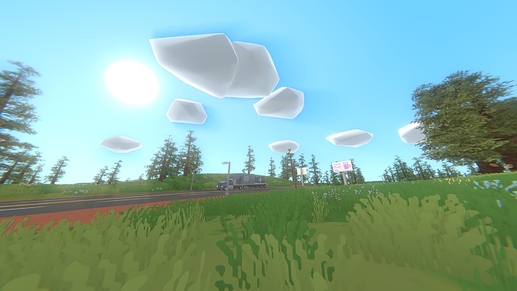 why is the npc wearing pewdiepie chair

It boosts all your stats to 399 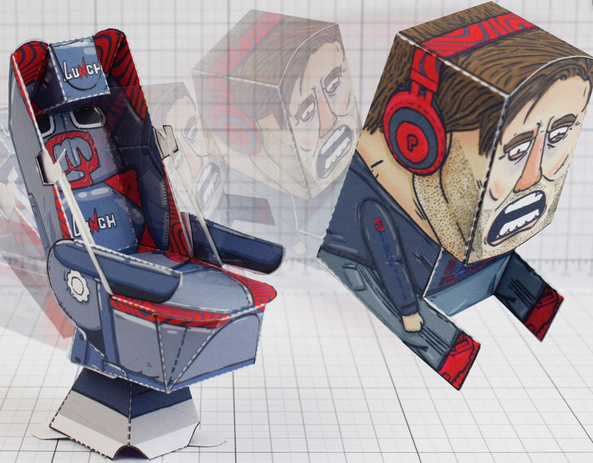 Just came to mind, it would be interesting to have a Excursion-esque quest where the player is teleported into space to defeat a boss.

Nice. Hopefully this makes it to curation or in the workshop with 5 stars.

Are you mentally ok. Some parts of this sound like you are very sleepy.

he is talking in the language of the gods panda

when can I buy an iDrmzIt dakimakura?

fun fact: PEI v3 had a Nelson daki in it and nobody found out about it

might do it again with Stasven, not sure yet

Hopefully this makes it to curation or in the workshop with 5 stars.

could see about the curation thing, though. if there’s enough demand for Stasven to go curated (under Nelson’s new system) I’ll see what I can do.
however Stasven adds so much content that doesn’t fit with the rest of the game so it’d be way better off as a Workshop mod

Are you mentally ok. Some parts of this sound like you are very sleepy.

in all seriousness though, that’s why we’re slowing down work and taking more time to focus on our lives. healthy modders with reasonable work ethics are good modders

bruh, the new minecraft game is gonna be epic

Which one Minecraft:Earth or Minecraft:Dungeons? IMO, latter looks interesting, but the former looks like it’s trying too hard to immitate Pokemon Go.

I’m feelin neither, MCE will no doubt become a gacha cash grab but with blocks + mats instead of anime girls after the first few months of being popular + you have to submit your builds for approval before letting other people see them (at least have an anarchy mode or something, thanks)

MCD will probably be forgotten pretty much instantly thanks to Divinity and PoE existing, but it’s not half bad as a concept, maybe Mojang can roll some Dungeons content into the main game somehow

Y’know the more people talk about spinoff games the more I want to make a cheapo Stasven game to see where it goes, maybe that’s why that high poly Tavron pistol model exists

also is there a doll of me because there should be


sounds, models, and effects aren’t final, as usual.
new shaders for the firey bits and the change to actual smokey smoke instead of Unturned’s lame default smoke have made making new explosion effects kinda difficult, though once they’re done they’ll look a lot better than they do right now

also is there a doll of me because there should be 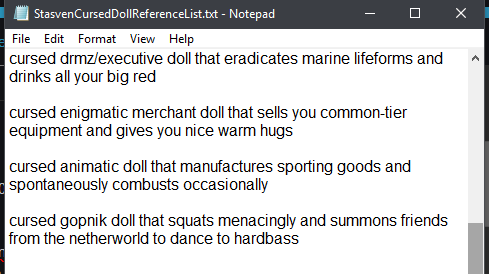 this is the best thing i have ever seen

bumping my own thread to bring you more info on Project Icarus, the only project of mine that I legitimately hate but people can’t seem to let PEI v3 go so w/e 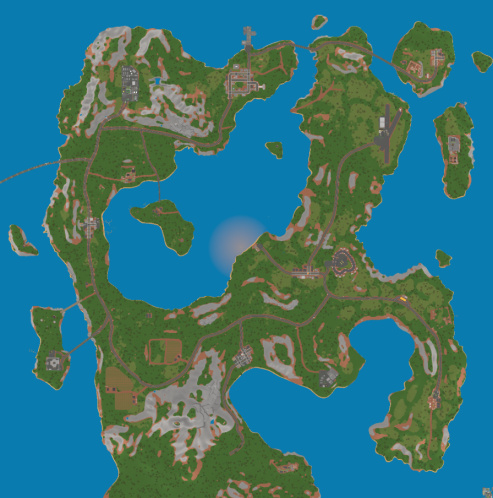 Icarus is a very early WIP standalone update to PEI v3, the map that started it all for me back in 2015

set 1,500 years before the events of Stasven, Icarus takes players to the familiar Canadian island that we all know and love, but things are a little different this time

some models are being worked on for it, like this combat drone: 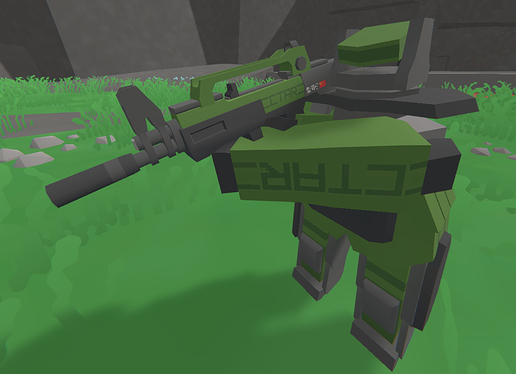 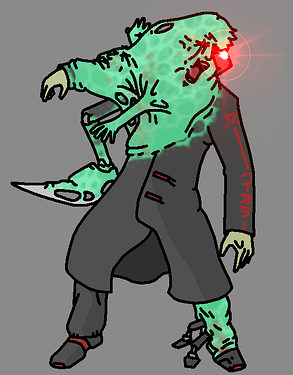 image554×708 108 KB
or this early overview of main faction aesthetics: 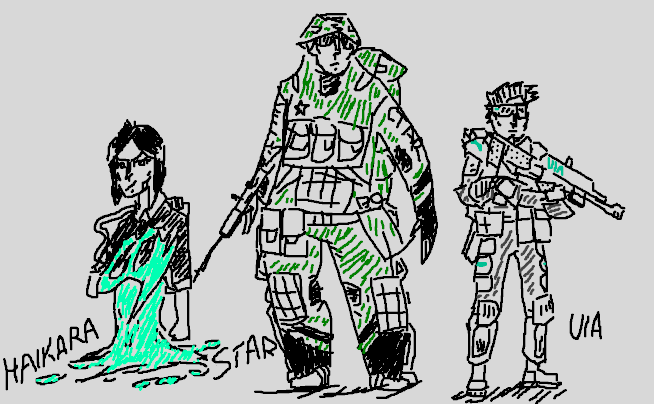 anyway that’s all the content we have for it so far, hope you enjoyed

after many failed attempts and some threats to throw my entire 60+ lb computer down my stairs, I’ve finally got some more effects done and put in a little demo video:

try seeing if you can add 3d shrapnel to it. And add smoke to the fire.