Hi I’m Rain ok you guys know me got it

You guys suggest good games to me, hopefully free.

Heres what things or games I like to see

ohh we cant forget about…

You drive a hard bargain.

I’ve played Minecraft up until 1.12.2 for thousands upon thousands of hours. I’ve done basically everything there is to do. I’m also bored of playing all the popular modpacks.

Terraria is similar to Minecraft in respect to what I said

Used to watch it all the time but never bought it.

Stale, ruined. Cursed by its creator to be doomed.

FATE (only the first one the rest are trash)

SC2 is still gas. Play C:DDA its fun! (and ticks all the boxes except multiplayer)

Crossout is pretty fun too, but gets a bit grindy.

trackmania series (fun unrealistic race games for going wwwsssszzzsss around a track, some are free so u can try them out)

You could always play Unturned: Free to Play instead of whining about it on the forums!

The real game is fighting the gaming addiction

not nationally recognized so its not an addiction

too bad i call it one so it is one

not nationally recognized so its not an addiction 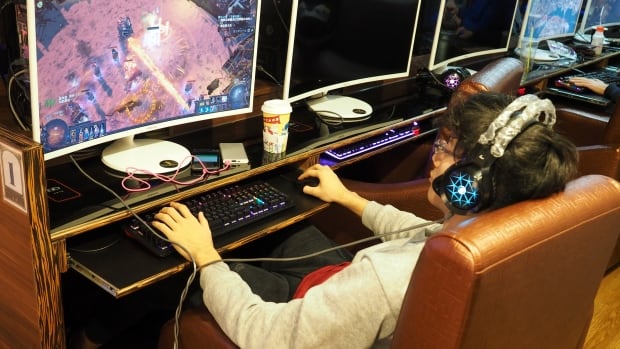 Compulsive video-game playing is an addictive behaviour disorder, says WHO |...

What is gaming disorder? Should all gamers be concerned?

Some of these might already have been mentioned, I haven’t read the comments yet.

I don’t trust WHO especially during these hard times

I trust CDC more than WHO

Besides I think WHO called it off

S.T.A.L.K.E.R. games are dirt cheap and insanely good. People said they were broken messes without mods but i played and beat all 3 on vanilla and wouldn’t change a thing.

CDDA’s way awesome and free. Project Zomboid is epic too.

The Metro games are AAA games that are like a few dollars on steam, made by some of the S.T.A.L.K.E.R. crew. Super good and lovingly built games. If you have a switch you can get the first two for 50$, great ports, easy 30+ FPS at 1080p constantly, and it’s on the go!

Getting away from entirely survival-sandbox games for a moment…

Played the switch release of Darkwood recently. It’s basically a top-down Lone Survivor with more survival mechanics, that turns into a tower defense game at night. Amazing game. Impeccable atmosphere, stunningly gorgeous and nightmarish visuals, and incredibly fun gameplay; i never wanted it to end, and there’s still more to play, i got the bad ending.

(speaking of which Lone Survivor is a must play.)

Kona’s a survival-game crossed with murder mystery and works so, so much better than you’d think it would. Must play.

And, i’m sorry, but i’m a sucker for the classics, they’re what i grew up on. Metal Gear Solid 1-4 are masterpieces, will not find a more entrancing story, ever. Don’t play 5 it’s beyond dog diarrhea. Almost the entirety of the Metroid series is literally flawless games, Resident Evil 1-4 are fairly spoopy and great fun, and of course Zelda’s just a blast, especially BotW, me and my family got like 500+ hours of time from that game, for just 80$ (got the season pass