Things you should know about my map

When the map is released and is fully finished, here are some things you should know
(btw this is my Saint Pete’s Island map, there is a test version available. so yeah xd)

(more will be added over time)

Sorry, but…how exactly is this relevant? I mean you haven’t described what the map actually is, so I legit have no idea what map you’re referring to. I’m sure some other people here might be out of the loop as well; clarification is important.

its my saint pete’s Island map… you know, the one I mention a ton? another thing its called is the last island, nothing? dang…

Okay, I mean, at least mention it’s that map.

Lots of people tend to work on multiple projects at a time, and it gets confusing fast.

Sounds like a lot of lag and a bad map.

Sounds like a lot of lag and a bad map.

currently im optimizing it. and no it isnt a bad map. I have spent around a year on it, so either try out the version its updated too, or dont go and say some random map is bad just because of some tips.

This is an updated version of whats been going on in The Last Island or Saint Pete’s Island. . Heres the link to the map if you want to see the progress yourself first hand over time when I update it! http://steamcommunity.com/sharedfiles/filedetails/?id=1099693970 . . Oh dear… what happened here? [Oh dear] (this is a experient I conducted with making my own buildings with damage sustained to them, as you can see it went alright!!) heres another pic [Oh dear 2] Another update [update] …


and heres the map itself, hasnt been updated in a while but yeah.
http://steamcommunity.com/sharedfiles/filedetails/?id=1099693970&searchtext=
so yeah, try the damn map out before you insult it just because of some tips that I have made. this isnt going to be an easy map alright? go and try make your own map before you insult one you have never even seen.
Panda3d March 1, 2018, 1:23pm #8

I am making my own map. With some custom models.

cool, Im making my map completely vanilla, so im basically making custom objects, out of whatever I can. Like road barriers.

Compound objects are really poorly optimized - Ez made this same mistake on his Ural Mountains LN map by making lots of objects out of smaller objects, creating tons of stress on FPS.

Most high-quality maps tend to have custom models created for them to not only fix this, but add unique elements that distinguish it from other maps.

just gonna do this

The amount of burnt debris and rebar is dumb.

Dont even have any of that

The placement of the rocket in the woods thing is out of place. And the bio domes in the city.

The bushes on buildings is a huge no no. And the bolder placement in the city next to the mega city is terrible.

dont use bushes on building, also where is this mega city coming from? look, if you went and looked up my map with the search bar in the workshop, you obviously found the wrong one. look for the one made by AJ_Gaming

And remove those firewatch towers in that city.

Havent used those towers at all

And don’t even use scaled debris. get rid of the debris, rebar, and brick. it looks terrible. I’m not even gonna look at the other locations. I’ve seen enough. I’ll give this map a big fat -100/10.

Only use scaled debris under normal debris, so it looks decent from far away, and up close.

how can you say that when you obviously played the wrong map/ didnt even play it at all.

what are you talking about…

The allies and roads aren’t even detailed.

well the alleyways arent that detailed yet, but the roads are…

all in all, I name this response, a big bag of shit
.
.
tbh, I think your just angry for whatever reason, and your trying to undermine my map. Ima post some pictures as proof that you have no idea what your talking about.
.
.
now that I know it was a mistake, I still cant delete this, it was so well put together almost xd

Also, I have no idea how to make custom objects so yeah

what about greenport Island, that was a really popular map when it came out and it only used scaling
http://steamcommunity.com/sharedfiles/filedetails/?id=721053600&searchtext=

Sorry. For some reason I thought this was this map. https://www.reddit.com/r/unturned/comments/811amh/new_70_location_workshop_map/

Compound objects are made of many smaller objects, this causes a lot of lag

Also, scaling isn’t that good either, unless it’s used in creative/ingenious ways

oh okay, well just spent the past 10 minutes taking pictures of my map, so I guess here they are xd 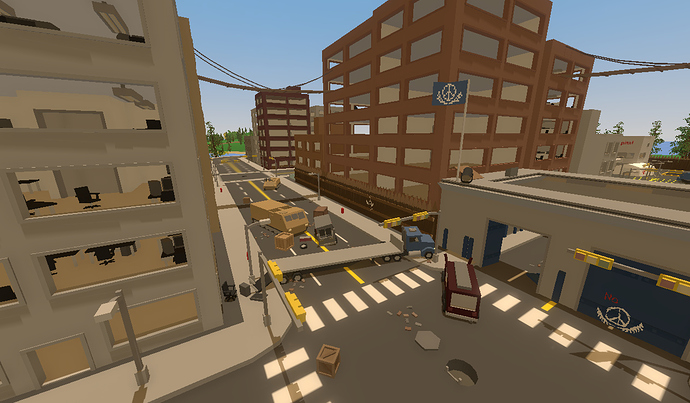 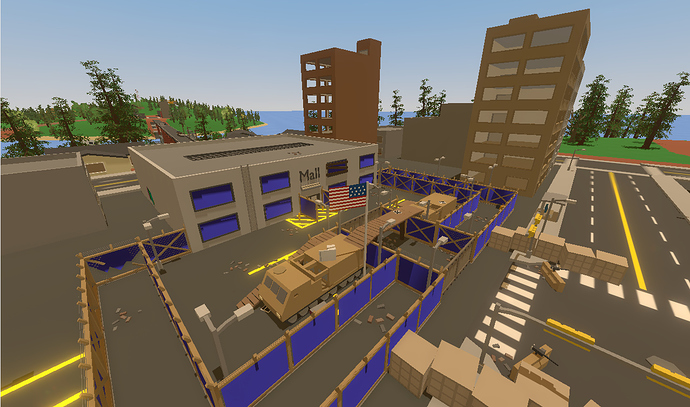 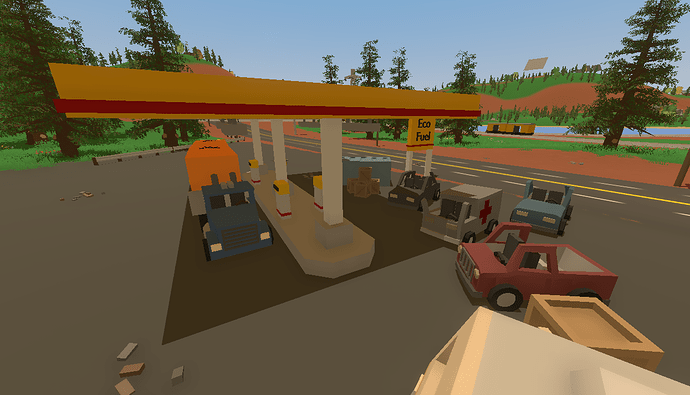 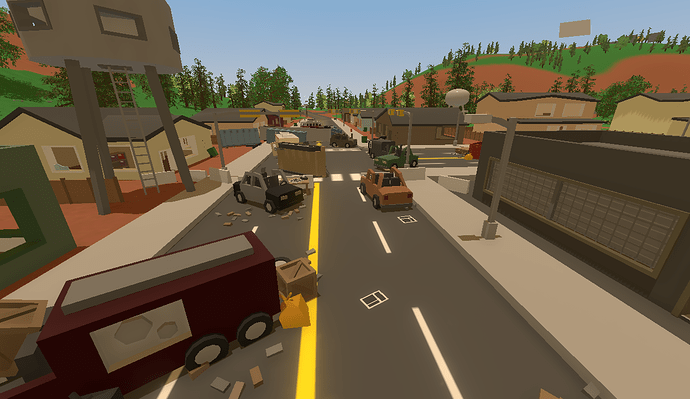 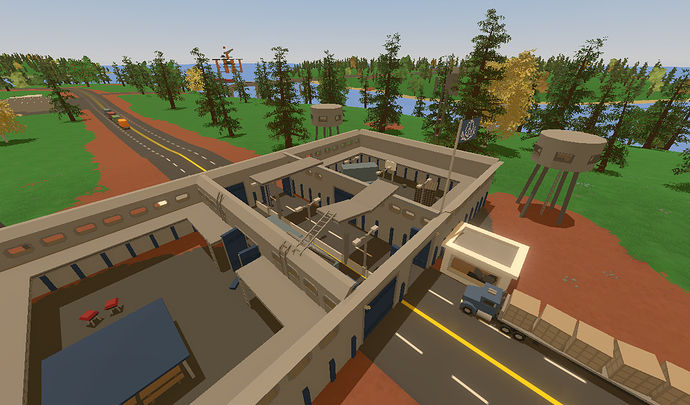 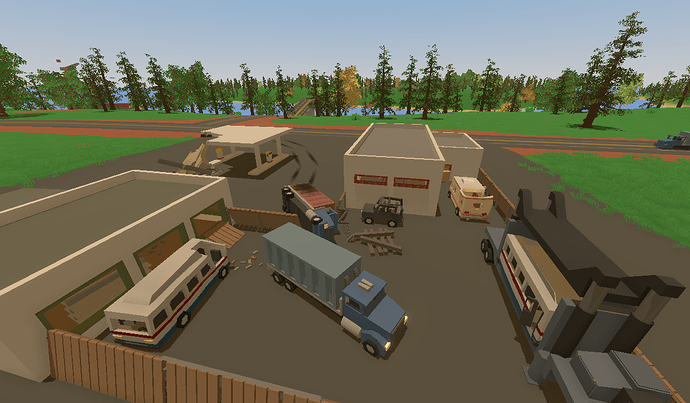 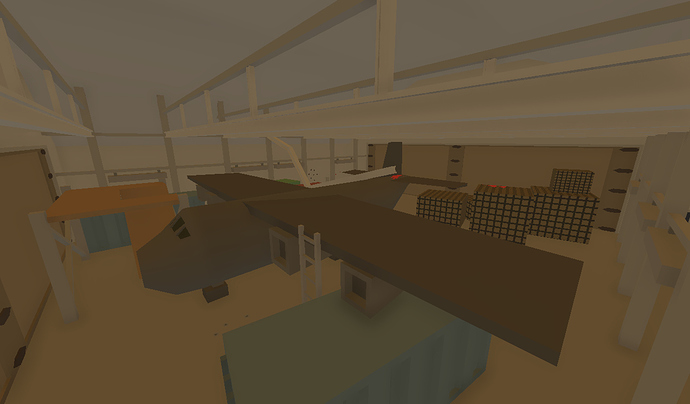 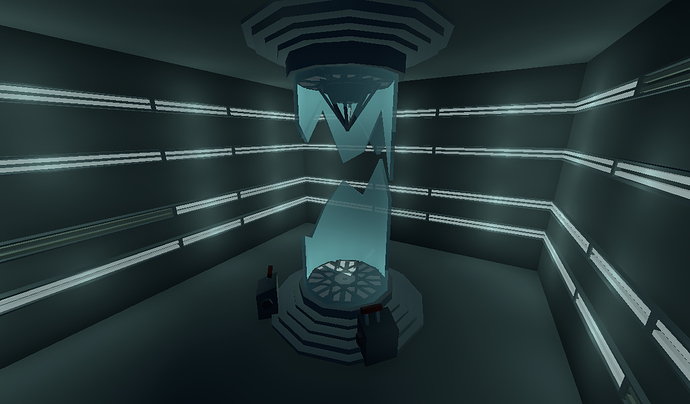 you probably wont notice, but the gas station shot, those arent real fuelers (or whatever their called xd) I made them using SCALING… its pretty useful.

well tbh I have used them in creative ways, take the trucks as an example.