I’ve heard a lot of suggestions for “digging” to build underground, but I thinm in a game like UII this would be waaay too hard to implement.

Would one be able to place buildables in the underground room, like a bed?

Just functioning like a normal built room, that’d be cool

How do you remove the base?

remove the stuff inside then salvage them from the top

I’ve seen a Russian modder doing stuff with partially underground buildables recently in 3.0. I’m not sure what exactly he is doing although I know that he is placing landscape hole volumes while playing on a map.

If we set up things so that you can’t salvage them while someone is inside then I think this would be a very interesting option for bases. Making them immune to damage would be a must though.

Well my specific suggestion/example was requiring a hole, so you could just destroy the hatch on the hole and get in easily if the actual hole/roof pieces were indestructible. So that wouldn’t be too bad, and it might provide some incentive to build underground so that the base would be a bit stronger and easier to build, rather than cluttering up the map with eyesore 1x1 bases and stuff.

I see a problem in overlapping surfaces / volumes. How should the game detect if your celar overlaps with other underground structures? Let’s say, there is a cave system and your underground base would aquire the same space as said tunnel. Of course you could add a hitbox to underground structures that count as objects, although this would be probably some unnecessary work for one feature. But when it comes to custom made caves created out of giant bolders, the game wouldn’t recognize this as a cave, but some bolders placed in a row.

I guess in the same way in 3.0, that it detects where you can and can’t place down a structure (uneven terrain, etc). You can’t place a wall with an object clipping fully through it, because it’d be obstructing the wall. So you’d be unable to place it down

But in U3, the game will block you only until the hitbox collides; this isn’t the case for the mesh itself. There’s the example of crates or planters clipping through walls. You would be seeing little corners sticking through the wall. (Well, probably not since there are no outer walls in underground structures visible from outside.)

Another issue is that you could be stuck in the celar’s colliding box if there’s enough volumes sticking through that allows to fit a character inside. Maybe I’m exaggerating, but what if.

You shouldn’t assume that if underground structures did exist then they would be haphazardly implemented.

The main issue I’d see from them is the landscape hole issue we get in 3.0. Ignoring performance issues, they work just well at removing terrain in that specific location. If you use too many landscape holes, it destroys performance for people which is partly why a limit on them exists.

One approach to making these underground rooms expandable would be to have each component of the rooms set up so that when you expand in one direction, the wall between them is removed.

A big thing I have been thinking off is a root cellar, a place for players to place food for preservation. In U2 Nelson has tested the idea for food to rot over time, unless preserved. He even wrote the ability to refrigerate. 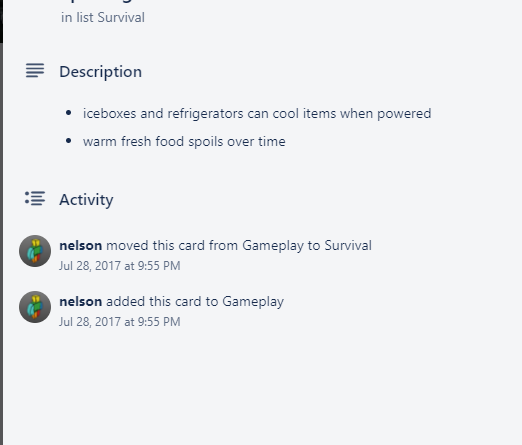 I LOVE this idea and believe it will bring a lot to survival in general. But hope to see a way for early game players to preserve food without power, maybe at less effective rate but still have the option. Root cellars use to keep dried meats and different vegetables fresh underground for a considerable amount of time.

I think it would be cool to have a latch in your floor that could access the cellar. Like many people in the comments I have concerns about how it would be implemented. I remember in Nelson’s interview he said you will not have underground bases below the map.

I have two suggestions, 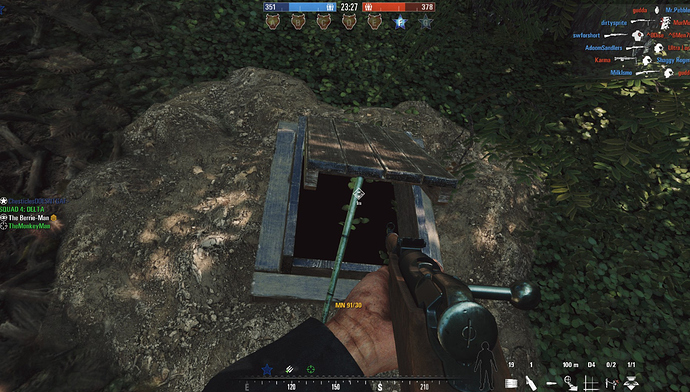 image1438×819 511 KB
(From Rising Storm 2, this could just be like a storage. I was thinking more as a hatch inside a base so that players would’nt litter the map with these) 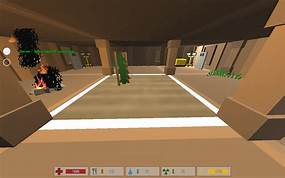 Also to note I remember Nelson saying somewhere that he wants to get away for individual place-able items like walls and have more of a universal building tool, like rust I suppose. So maybe this wouldn’t be a platform you place but more of a upgrade to a 1x1 foundation.

I guess in the same way in 3.0, that it detects where you can and can’t place down a structure (uneven terrain, etc). You can’t place a wall with an object clipping fully through it, because it’d be obstructing the wall. So you’d be unable to place it down

Similar to this idea but like many I have my doubts this could work well. In a perfect world I would love to have this so I could walk down into my storage and see all my food on the shelves.

Of the two I think the first one is the best. As much as I would love to see cellars below the the map, it seems quite difficult. But to have a cellar for food preservation I believe a trap door acting as a storage unit would be fine.

In a perfect world

That’s the issue. I think it’s more creative to design an illusion of having a celar than a physical room underground. Because if there is a way to add underground builds for the sake of realism, why stop there? There could be custom manipulation of altitude as well. It’s the same with graphics. Nowadays, AAA games are trying to recreate realism, but this doesn’t make games better (well, in my opinion, it should stay a game and not an alternate reality so you couldn’t differ anymore what’s real, so I don’t represent the general consent). Also, some people would still say there could be more realistic graphics. So there is no given limit, and that will probable cost more memory and money. That’s why I like simplistic looking games like Unturned. There is a set limit and you try to work with it. You have limited resources like polygons looking edgy and you try to replicate a reallife complex object as good as possible. We have minecraft working entirely with cubes, and it’s one of the most successful games out there. Other obstacles like

The main issue I’d see from them is the landscape hole issue we get in 3.0. Ignoring performance issues, they work just well at removing terrain in that specific location. If you use too many landscape holes, it destroys performance for people which is partly why a limit on them exists.

can be either solved by making underground structures or by creating some entrance that let you think you can enter. And since performance should be the best, I’d prefer the hatch as well. Who knows, maybe Nelson will find a way to make performance sparing underground features.

(Might plug my own suggestion into this thread, since I wrote about creating a fake hole for digging as well here: Shovel + metal detector suggestion)

There’s all sorts of ways to make it work well if Nelson can figure out a good approach. Even if underground buildables aren’t added, other things could benefit from having a better way to make this type of stuff ingame. Mapmakers who want underground portions of their map would definitely enjoy it. For some of my ideas, they involve a decent use of sewers, subways, and caves.

Make the shovel able to edit the terrain height properties.

how would that be implemented? that would probably be far harder to implement and probably more buggy than simple underground buildables. 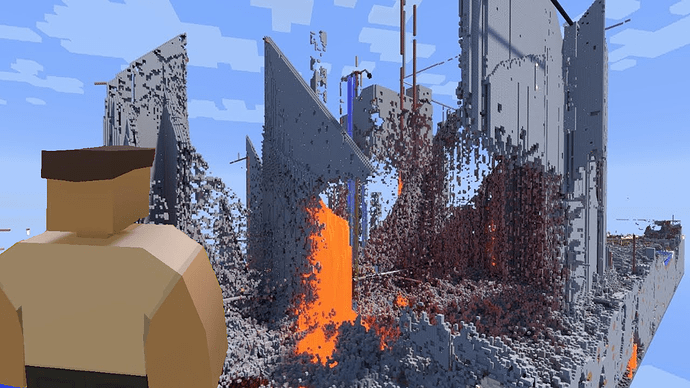 how would that be implemented?

Allow the shovel to adjust the terrain height, just like in the editor.

why do you care about the oldest anarchy server in minecraft? Who said there wouldn’t be limitations to prevent that. You could require a claim flag. Implement height limits. Perhaps certain materials can’t be dug. Zone boundaries. All of these would be viable solutions to what you think is a problem. Besides, it’s pretty pathetic if you don’t play on 2players2zombies, the oldest anarchy server in unturned.

If the terrain mesh is not limited to horizontal adjustments (unturned currently only allows for horizontal, no terrain mesh overhangs), then this would be cool for digging out underground areas. Otherwise, I like the terrain hole method. Maybe there could be different shapes of underground rooms that have the appearance that they are dug out, then on top of that, being able to build in such underground areas. It could require an above-ground connection in order to prevent hiding bases underground.