In 3.0 a map truly feels like a new biome once it has new trees and foliage. It was really exciting when developing the Russia map seeing the Autumn birches, drab pines, and cattails come together.

For that reason I decided to take a more botanical approach to the foliage in 4.0, so that each location can be more accurately distinct. The first two tree types are a Jack Pine and a crowded Latifolia variant of Lodgepole Pine. Small characteristics like the upward tilting branches and spiked cones of the Lodgepole Pine will help set it apart from future Conifers.

One trick that I found really helps is pushing out the needles at small screen sizes, this way the trees still appear dense at long range: 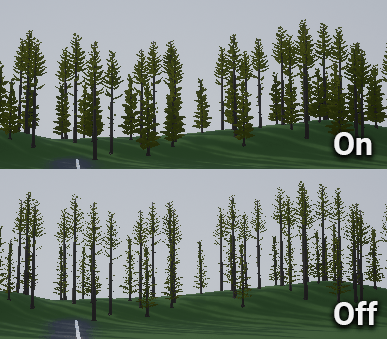 The earliest 4.0 trees seen in the Pineridge posts were much closer to the early 3.0 trees. When revisiting the models to finalize them I considered a more geometric design, but decided to go for a mix of the simple rounded cutouts with mesh knolls, twigs and roots. 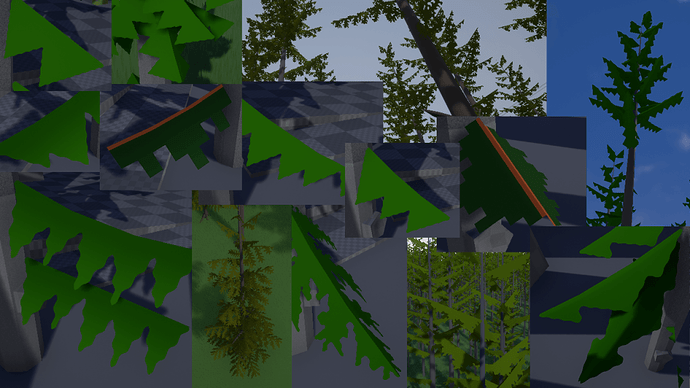 When chopping down the trees I experimented with a few physics setups, like attaching the spawned trunk to a spring that breaks, but ultimately decided that having it sort of “jump” away from the stump was the most fun.

Saving and loading game state was further optimized because I expect average size maps to have tens of thousands of trees. (and I benchmarked a 3.0 Russia-size field with 35,000 trees) Players can also end up placing tons of items.

Items in corpse totems as well as name tags are now persistent too.

My first approach was to use instanced meshes for the trees for rendering performance and convert them to actors when interacted with, but this seriously complicates replication. There are a few potential approaches for this like tracking relevant instances per-player and using a per-player actor to replicate them, or having per-grid-cell actors tracking nearby instances.

For the meantime I have decided to keep it simple and just make all trees actors because that’s how Fortnite (Unreal) handles this, and if it becomes an issue in the longterm deal with it then.

ngl he do be strong

not sure if I’m happy with how those trees look.

The negative point I found was the coloring of the trunk, I think a brighter color would be much more interesting.

I just generally don’t like the shape of the trees, they look kind of frail and unappealing.

I’d also like to see something in the future where the trunk segments from the stump, because the way it separates right now feels kind of strange, where the cut mark appears in a different place where it separates. I know that this could be challenging though, editing the mesh while in game is pretty funky.

Saving and loading game state was further optimized because I expect average size maps to have tens of thousands of trees. 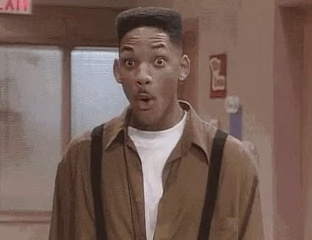 This makes sense, in addition to the realism as trees are unlikely to magically appear in the place where others have been felled, players will still need resources, especially on servers.
@Pork

anyone want some beans? 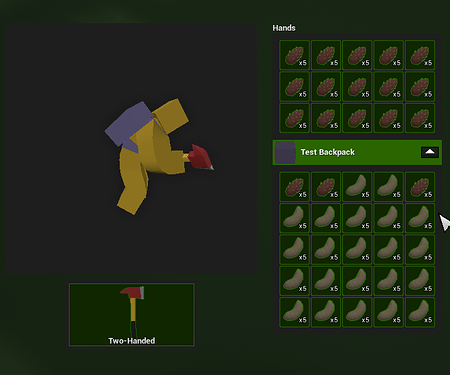 I present to you… 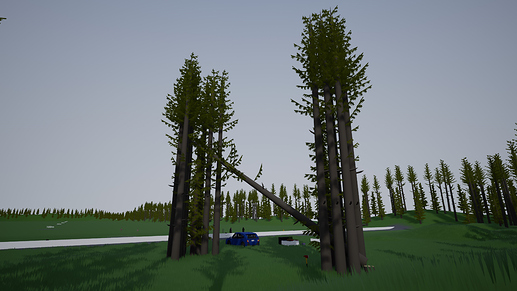 Also, probably currently holding the Guiness Book World Record™ for the tallest height ever reached by an Unturned II character on Shooting Range (through legitimate means). 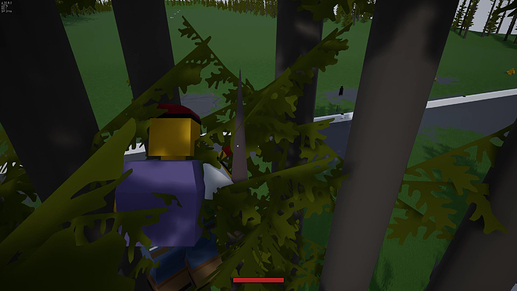 Would probably dare you to beat my record, but do be warned: past a certain incline it is impossible to climb onto a stump. Gravity and shit.

I really like the look of the trees, they give a really nice dense feeling to the current maps so far, interested to see how they’ll look like mixed in with other foliage/trees like Maple Trees and Birch trees. 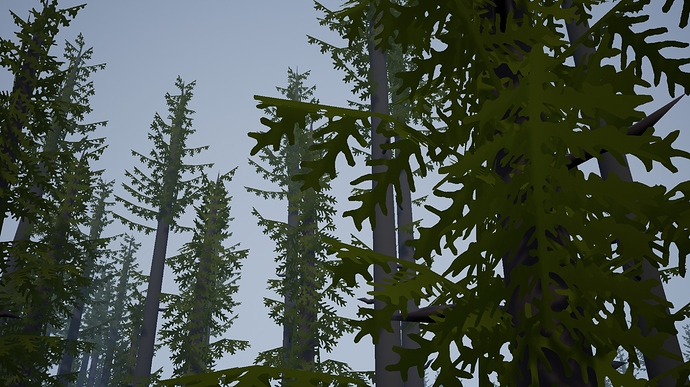 I also made a nice Steam banner with them :^)

Also, side note, but the sounds in 4.x so far are a great improvement over the ones in 3.x, they just sound much better with a lot more intricacies to them - especially the foliage.

Some more images where I got my car and myself trapped in some trees: 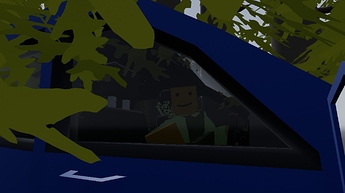 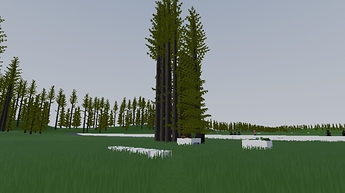 This is very pog!

I got around to looking at the update not too long ago.
The increased density is what seems to interest me the most. The trees really add to the current environment and their shadows makes it seem much closer to an update with something like survival.

My only complaints with the trees at this point are that the leaves don’t have much diversity and they also leave some of the trees looking kind of bare compared to others.

I’d still hope that density similar to this is possible in the future though, the trees in this image seem much fuller even though they are less detailed in various ways. 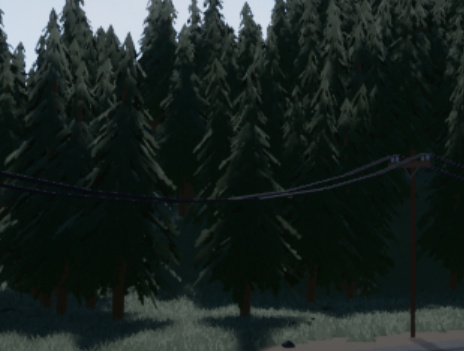 In fact you were not the only one, in multiplayer a guy did the same thing that came out just when I took the catch haha 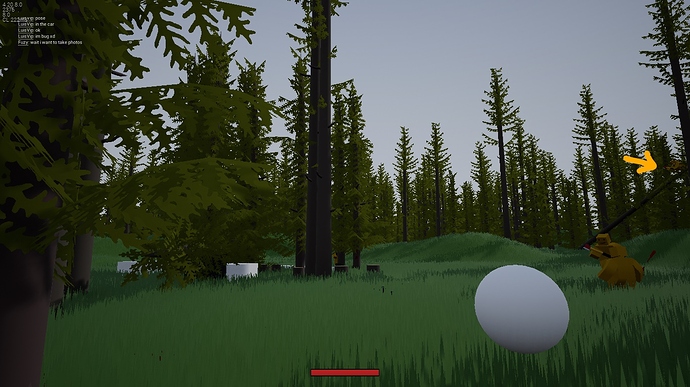 Awesome trees and foliage. One step closer to a survival map (Hopefully)

I didn’t think dense forests would return after the last showcase from a year or so ago. A night system (something like in Horde Chapel) and a campfire (if crafting and building is added?) would make a neat combination

Right now all I want is interactable furniture like a log that you can sit on, and a campfire.

I kinda feel like having a nice campfire going at night and vibing with The Boys, if you know what I mean.

Would be nice if depending on the width of the tree it would take more chops to fall, and larger the tree the more drops there will be of course.

@SDGNelson the sounds are great, are they your own foley?

I think they’re from Unturned 3.0 which if I remember correctly used a lot of stock sounds, so I’d guess that he’s just reused the stock sound from 3.0.

The sounds are quite a bit different from 3.0