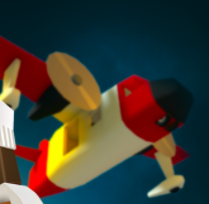 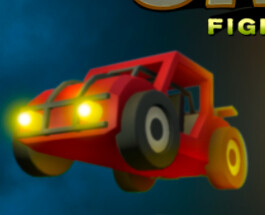 Hawaii on the xbox? 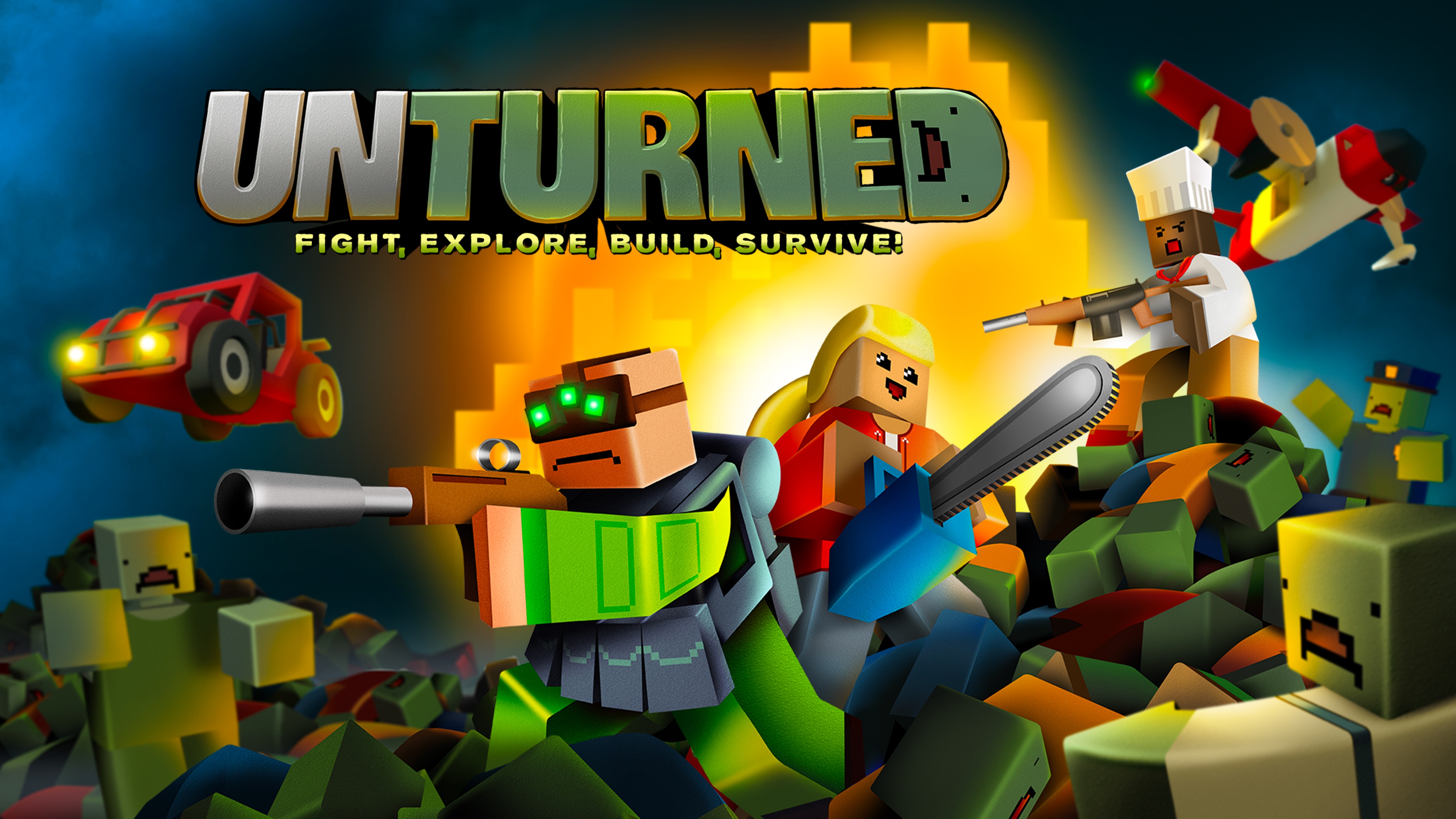 I hate the artstyle of these promotional images. What the fuck is this?

The logo looks fucking awful too. It’s like they tried to imitate the Minecraft logo with the creeper head but failed miserably and immensely. Why couldn’t they just have kept the original, minimalistically beautiful Unturned logo? Who the fuck was the graphic designer for this? A five year old? Everything about it is offensive to my eyes. It physically repulses me. I hate it.

I think we can all agree that this looks much better. Why they couldn’t have just reused it is beyond me. 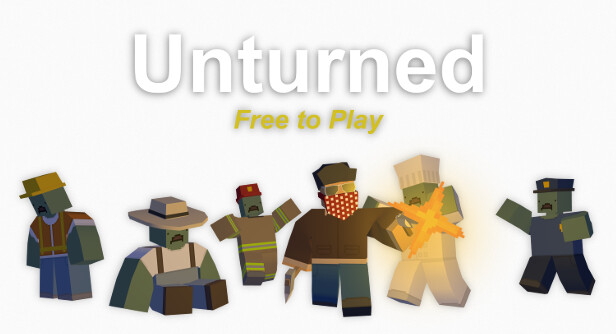 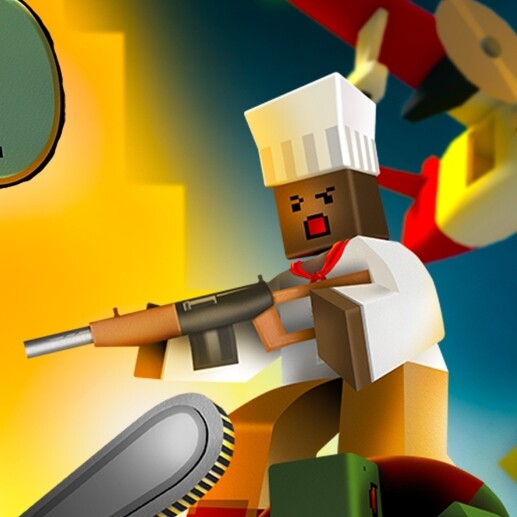 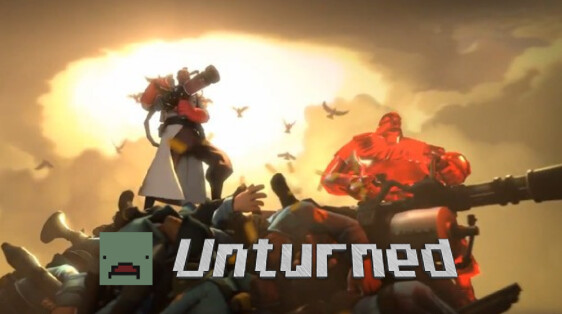 this is like recieving a precious piece of gold jewelry from your dead grandma’s inheritance, spray-painting it hot pink, pissing on it, shitting on it, then trying to sell it to people on the street

I’m not sure how I feel.
At first I was weirded out, then it became just plainly uncomfortable.
Now, it’s somewhere between indifferent and confused?
I’m not sure about this to be honest, but I’m far from an economy or game dev expert.

only selling point is private servers

holy shit what a mess
Unturned is not 25$ game material. Its more like 5$

Edit: Footage looks to be real, Spaml made a video back in august discussing leaks and the graphics from the images he showed and the graphics in the video shared above seem to be the same.

It’s not great but I’m not prepared to call it horrible just yet. The clouds and trees are the only things that really stand out to me as off-putting. I almost like that everything is beveled but it would take some getting used to.

The price is the only glaring issue. Obviously no console game could have a modding community on the scale of a PC game and vanilla Unturned is not worth $25 dollars. It feels inherently like a free-to-play game. Even the $5 I spent was more so out of wanting to donate to the hardworking solo developer than because I felt the base-game should’ve been priced that way. Unturned’s worth (imo) is made through the experiences rather than the short and simple gameplay. I’d easily pay AAA prices for the memories I’ve made from this game, maybe even double that. But I say that as a community member with the privilege of hindsight, not as a first-time buyer. I can speak for a majority of the community when I say that I would not have touched this game had it come with a price-tag, even though I now know that would’ve been a stupid move to make.

XBOX is more childish and that’s why it has this kind of graphic.

This is a disgrace

perhaps this is what you get when you hand over a game to uninspiring devs.

The people behind the port really went deeply in the ‘Minecraft + DayZ clone’ train and made some unoriginal changes that imitate those 2 games. The weird blocky croissant clouds and blocky alien trees are probably bad attempts for MC appeal, and the title art (in the game) is obviously DayZ style (The title art in the above picture is obviously trying to copy what Minecraft did with the letter ‘A’ as a creeper face)

Honestly I think the clouds in normal Unturned look kinda dumb and I always just turn them off. But like, these changes are totally pointless. The only reason anyone would want Unturned on console is so that they can play Unturned on a different platform that they prefer. So for someone looking for this, the weird-looking trees and UI changes and different clouds would just be off-putting. Making these changes would require slightly more work than just reproducing the source material anyway, so what’s even the point? The changes make the game look bad and weird as well, the different trees look like an entirely different art style to the grass making it look like some Digital Homicide asset flip (especially with the shitty roblox-esque UI and stupid blocky font). The whole thing looks like an awful mess for no reason. They didn’t even have to make these changes and they will just draw people away from buying it, if anything.

Plus it actually costs money, and Unturned being free is the only reason it actually attracted a playerbase anyway. And $25 is way too much, if they had to put a price on it at all surely they’d go more for… $4 if they actually expect anyone to buy it. I have no idea what they are doing at all, or what they even expect. This is just so weird to me.

I am sure none of the PC Players will buy the game on XBOX / PS. It is maded just for the ones who prefer Consoles.

Is it going to be supported on xbox series x or no?

I don’t mind prices (though I would prefer it cut in half the very least), but I also have a feeling that it’s trying to be in the same price range as Minecraft lol

I usually try to be as transparent as possible with Unturned, but have recently failed to do so. This gets complicated when the details are not mine to divulge, but I can clarify the following points:

Hawaii on the xbox?

has skins and potential MTX based on leaked footage

There will not be any microtransactions in the console edition. Instead they can all be unlocked through gameplay.

Is it going to be supported on xbox series x or no?

Since it is an entirely new generation of console it will need further updates to run natively there, but might be supported by backwards compatibility. I will have to ask about that.

There will not be any microtransactions in the console edition. Instead they can all be unlocked through gameplay.

what the shit fr?