Visual impairements would be visual distorsion created environmental or event-related visual hazards, such as being underwater or being attacked by acid spits.

These visual impairements would dynamically affect how the player sees his environments depending on what is currently happening around him.

These would come in many ways from many hazards; random large blur spots from facing towards a blizzard, blurred vision underwater (obv already a thing), acid spit attacks to the head that would reduce the player’s vision for a little while (which would tick down offline too), maybe even overly bright bloom under winter sunlight, etc.

These impairements would give some use to the items in the Goggles slot. Here’s a few examples:

-Swimming Glasses
Nullifies the blur effect underwater but slowly fogs up outside. Nullifies effects of spit attacks, fogs up faster in blizzards

-Aviator Sunglasses
Nullifies bloom effect from the sun, reduces by 40% the chance of being affected by acid attacks. Reduces size of blur spots from snow.

-Tactical Sunglasses
Has the effects of Aviators and Shooting glasses combined

-Full Seal Military Goggles
Provides the same effect as regular ones, but can be used underwater like swimming ones. Will fog slowly underwater and slightly faster outside than regular ones.

-Ski Goggles
Nullify the effects of Snow, Bloom and Acid, but will rapidly fog up in hotter areas

Fog can be wiped from inside the inventory.

@Pesticide Now is your time

Obligatory comment about adding a welding mask to protect from “welder’s eye” while using a blowtorch, as well as reducing the impact of a tac light being shined at you. PUBG intensifies, but not as you expected

Also, how can we forget this visual protection? 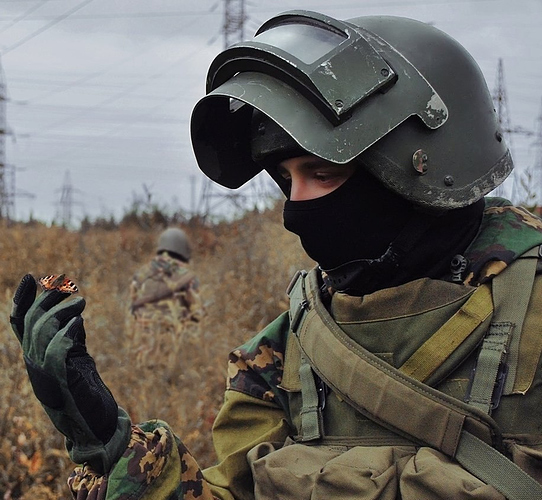 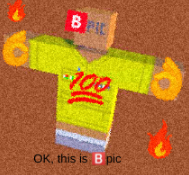 What about reflections off of polarized lenses and scopes similar to how it works in Battlefield?

That’s a franchise with several games. Which one are you talking about? If you say Bf1, with the rainbow glare as part of the Sweet Spot mechanics, I’ll saw your toes off with a spork

It looked great until you included chances.

We have discussed vision disorientation previously, but very briefly. And seeing you expanding on that is a reminder of why you were voted.
But anywho, a few of these could use a little touchup, but the idea itself is fantastic

would this also include if you’re wearing a helmet with a visor or someting the top part is covering part of your vision or goggles around your nose or NV making a circle, ect. I think that the baseball cap could actually be more useful than previously forseen (imo) for example, if you have sunshafts on and are constantly being blinding by reflections and sun shafts. Boom hat. Just a random thought but still I think we have to stay consistent.

It looked great until you included chances.

Thinking about it, you’re right. How RNG affecting the only way the player has feedback would be a bad idea, so Harvest’s idea is better

I did not add anything about masks and other types of protection as my post focused more on giving a use on the goggle slot specifically, but yeah, protective masks would give their own kinds of protection, but at the downside of not being able to ADS.

Also last note, as a balancing act, would it be a good idea for eyewear to also take (minimal amounts) of damage from their use?

Snow effects.
When facing the storm, snow will buildup on the screen the more you look towards it. They will melt over time or can be directly wiped off from a new button (taking a precious second). At no point snow will obstruct the middle of the screen

if your vision looks like this because of snow, you’re not seeing. you’re furiously scrubbing your eyes because they’re burning.

in other words, i like the idea of this, but this is blinding, i cant see anything. Especially the snow glistening in with the sun. its too much bloom! As well as the snow building up, i like it, but it will really get annoying when traveling through Yukon or other maps. The Blackout idea is cool, but when your fighting players and your screen slowly goes black, who do you think win? the only one here that doesn’t blind me is the screen being blurry.

i really like the idea, maby the amount of visual effects needs to be twaked and balanced a little but otherwise good idea (could also be a on/off setting)

The point of them is to give use to eyewear (I doubt that a pair of sunglasses is gonna be all that rare) and to make the way players get affected from their environments more dynamic.

You also have to take in account that these aren’t permanent effects that happen 100% of the time; you’re not gonna always be facing snow, nor is every day be a sunny winter day. Also, I’m not exactly sure what you mean by the “Blackout idea”, is it the contrast from HDR or the Acid thing?

I’m not exactly sure what you mean by the “Blackout idea”, is it the contrast from HDR or the Acid thing?

yes, i meant the acid stuff, i edited the comment after seeing it was acid.

The problem here, is that Eye-wear could probably be rare to find. Also, Snow doesn’t fall on your eyes and blinding you, it falls on your eyelashes. Considering i live in Jersey and it mostly sometimes snows here, not once have I been blinded from snow or my vision obstructed. I find using glasses in unturned would be a very pointless and annoying feature.

i also forgot to point out, the player could manually or automatically wipe his eyes if snow does obstruct his vision.

besides the point above, you could agree, this is too much bloom for one man to handle

Snow doesn’t fall on your eyes and blinding you

Notice how I never mention that snow falls on your eyes but rather on your screen, and that it never blinds you; I specifically say it never fully, completely obstructs your screen

Also obviously these pics are just crappy edits to show concepts, not how it would actually look.

is that Eye-wear could probably be rare to find

I seriously doubt you’d have a hard time to find at least a small, common thing like swimming glasses or any sunglasses.