I dont have much to say exept that it whould be cool to drift with new vehicle mechanics, Nelson removed drifting from his wish list

what do you think about drifting ?

I’m sure its still going to be added. If not, then it will probably come at a later date, because something that actually needs a revamp is suspension, which does not exist in 3.0.

If he removed it it is probably added, or a not as important feature. Also, there are like 5 threads about car mechanics and drifting. 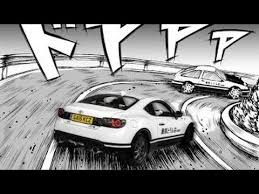 initial D music in the background

This has been posted several times over the past year in this forum, in greater depth and breadth.

I don’t recall it being on https://trello.com/b/ezUtMJif/unturned-4x-wishlist to begin with. You may have been thinking of the Unturned 3 Wishlist.

Either way, improved (and more realistic) driving mechanics are planned. Drifting is very much quite likely (but is not currently implemented in 4).

While it is true that there is no confirmation that Nelson even has plans to implement drifting in 4.0, a previous post of mine on a overhaul of vehicle mechanics did talk about drifting as well, and Nelson himself has seen that post.

I’m not implying that my post is suddenly super special or anything, but I’m saying there’s a good chance he took note of what I had to say about drifting.