What the hell happened here 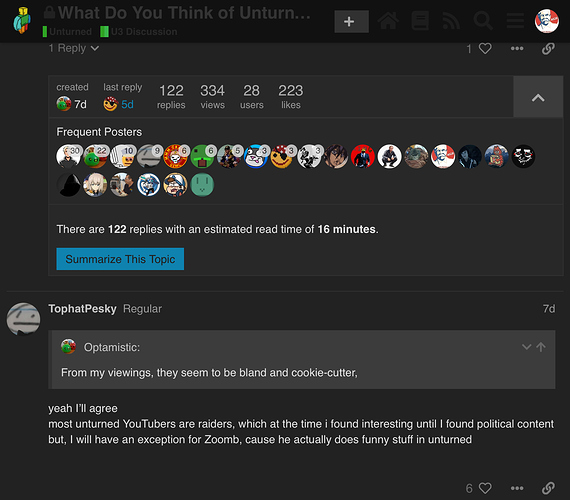 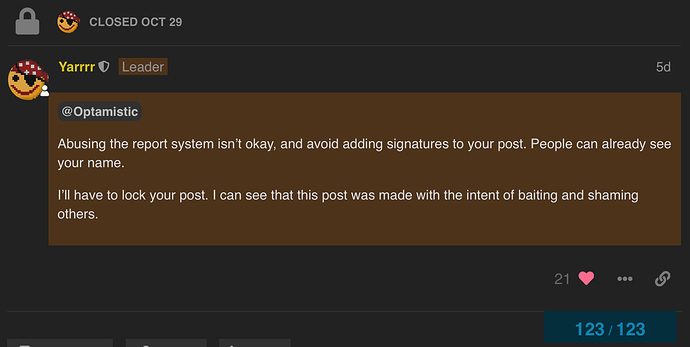 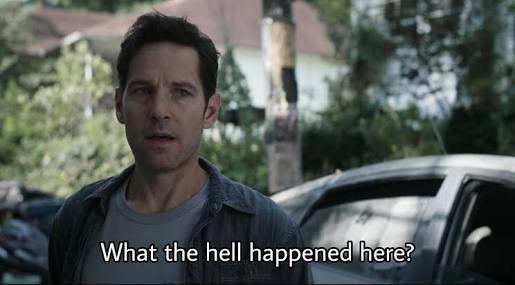 Not sure but signatures probably mean putting your name at the end of a post. As for the thread itself someone made a strangely long post about “Unturned Youtubers” and when P9nda joined in OP started being well less then “respectful” towards him and you can see Yarr’s final sentence helps to summarize what happened.

I don’t know the extent of asking stuff like this is allowed, and how much you’re supposed to answer it (someone please tell me) but the thread is right there for you too read if you’re that curious, it’s not that concerning anyways, just a thread getting out of hand.

Pretty much this. OP has a massive bone to pick with Unturned YouTubers and when P9nda showed up OP saw the red mist and went for his throat. Cue flamewar all around.

As for signatures, it’s basically leaving a little personal calling card at the end of a post. Google Forum Signatures for examples better than what I can provide.

OP sperged out when P9nda defended himself. It was a total shit show. That’s the TL;DR.

The topic was closed because it became about attacking individual people, as opposed to commenting on the state of Unturned’s video content community. Disliking (and sharing other opinions regarding) the YouTube/Twitch/etc. scene is fine, but the discussion stopped being about that in addition to no longer being civilly-held.

There was also an unusually-high number of flags coming out of the topic (some of which staff agreed with for being off-topic one-liners).

that means absolutely nothing since literally all but one of Pesky’s comments got flagged in a thread of mine, if you haven’t realized people use the flag option not as a report button, but as a super downvote.

I believe Yarrr said that the OP abused the flag system.

if you haven’t realized people use the flag option not as a report button, but as a super downvote.

I use the flag as a means to report distasteful comments. And recently, and unsurprisingly, all of them have been on @Pesticide’s posts which have now been removed by staff. 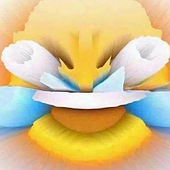 Nice callout, are you sure you’re unbiased? 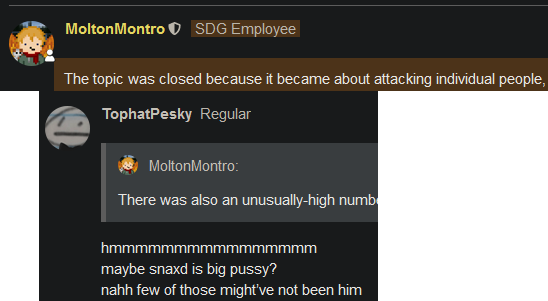 Yes.
This is the only one I have screenshotted and is also directed towards SnaXD.

Huh I can’t really argue against that. Honestly don’t even know who SnaXD is

Why… @Pesticide is really funny. I mean come on, why discriminate against us shitposters?

I’m not discriminating against shitposters. Atleast read my replies in this thread.

Yes.
This is the only one I have screenshotted and is also directed towards SnaXD

Because SnaXD is a massive coward! if he’s using the report button to flag off comments he doesn’t like, then clearly and evidently, he’s a massive pussy!

also how’s that attacking? that’s more of insult than attack 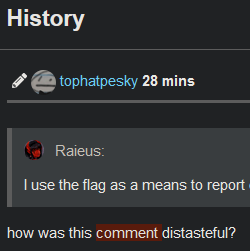 Because you’re not being civil. Also the picture I’ve posted and the reply you’ve made pretty much shows it.

Because SnaXD is a massive coward!

also how’s that attacking? that’s more of insult than attack

Attacking and insulting are loose terms when it comes to discourse or debate. You’re actively disregarding the forum guidelines despite the obvious warning of your flagged then removed posts.

From what I’m seeing you’re defending your guideline-breaking posts as if it does not apply to you.

Are you implying that you should have special exceptions?

Can we block some people from talking in this thread

fuck it you win
except for…

Are you implying that you should have special exceptions?

No, i don’t have special exceptions for breaking guidelines.

Then I am right.

when have i said i have ‘special exceptions’?

Never said you have.

edit:
In conclusion, it seems that justly flagged posts are just a slap in the wrist that gets your post hidden, deleted, and/or a thread locked. There is relatively not a big of a consequence when it comes to flagged posts.

Should the flagging system be changed, having bigger consequences; or stay the way it is?

I’ve heard of people flagging stuff they simply don’t like, that’s terrible and staff members should crack down on it.