Zombies are a very common thing in movies and games, but now as i start to realize it, how are theses zombies even moving.
First of all where is the zombies food source? without food the zombies will eventually just fall do to a lack of energy.
Second if the zombies food source is humans wouldent the zombies be eating each other
And finally, If zombies were munching through their preys flesh the infected would die of infection in only a few days, it’s not like the virus can defend against a giant puncture wound 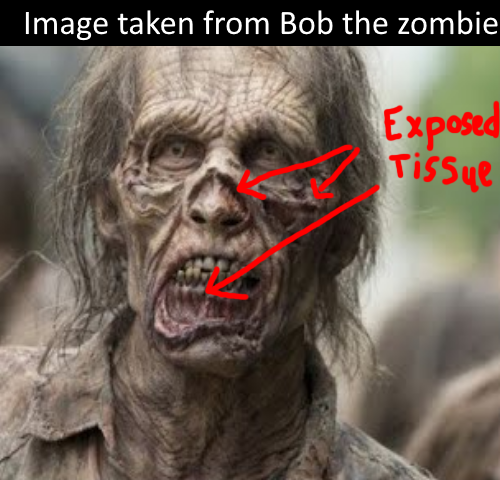 Thanks bob also you should be dead (;

You do realize that technically the zombies are dead, right? Yes, it does make sense that they would need energy, but considering they move rather slowly and don’t exactly require a bunch of brain power, even a little bit of food would last them a long tume.

Yes but if there dead how are they moving, without blood theres no oxygen to power the body
also most of the muscles would be unusable do to them being decomposed kinda like a cut rope
One last thing to put a nail in the coffin ( ͡° ͜ʖ ͡°)… where do they get their water?

Hi, I see that your question about how corpses can walk, and eating people couldn’t existed. Well, I’m here to say that you’re right. At least at this time, at this decade, and what we currently understand how viruses work.

But you’re also wrong, you see. “Zombie-plague” do exist in real life. WOW! that shouldn’t exist, you may ask, let me teaches you about “Ophiocordyceps unilateralis”

Ophiocordyceps unilateralis, or commonly known in the nerd society as an “Ant-zombie-fungus” is a fungus that’s… well, it doesn’t makes ant’s corpse re-animated, but rather, it’s just control the host. (Sadly, no they don’t eat other ants) Infact, “host-manipulation” in nature is more common than you think! I could gives you some example but that would take way too long, Long story short, it’s real. At least kinda.

Now to answer your questions.
Zombie’s food sources are either their muscle and fats that has been previously stored in themselves, or people. Now this doesn’t really makes sense if you say that “corpses can’t digest” but let’s just say that the "plague somehows control all natural function, except the “you part.” We don’t know how but let’s just say that somehow… it did. (look up SCP-008, they did a good job at explaining how corpses can walk for months, or years without eating, I don’t know.)

Secondly. Most of the zombie-theories stated that their “Eyes and noses” are still working, and you can tell apart a walking corpse from a living human, now this could be solved by saying that they “released” hormones that somehow tells other zombies that “Hey, I’m dead, not tasty”

Lastly, omae wa mou shindeiru How can something that has died, died again? I’m confused. As in, no longer moving or what?

Bonus, the picture you’re using is the infected that have been around for “Years”.

Zombies are real though.

There is a fungus which kills ants, and then it takes over its mind. IDK if they attack other ants but still.

The most widespread and widely accepted zombie theory in most movies and games in the Solanum virus, where the zombies themselves, are, by all medical intents and definitions, dead. However, the virus itself still inhabits the brain, using the frontal lobe for replication, and eventually takes control of the brain, mutating it into a completely different organ. The resulting specimen is thus food, water, shelter, and even oxygen independent. As the zombie is already dead, it cannot suffer from any chemical, biological, or radioactive agent, and even decomposing bacteria largely ignore zombies, with some exceptions. They consume living flesh, yes, but they do not digest it, as previously stated, they are already dead.

(unless the xombie had a hole in its stomach, it would be digested, but the energy wouldn’t be used

The zombies from world war Z are somewhat reasonable.

There not actually dead, they go into energy conserveing states, seek out healthy hoasts, are extremely lethal, and yada yada yada.

Zombies are fictional. The closet thing we have to them is that ring is that controls ants.

Also there’s this parasite that controls humans to “like” cats.

But they don’t make you want to eat cats, they just turns you into “cat’s slaves”.

The easiest way to tell if you’re infected is to ask yourself “Do I like cats, and why?”
If your answers are somewhat like “Yes, but I don’t know” Or “Yes, because their nose are so tiny and their eyes are so cute.” You might be infected. Might, I don’t know how this crap works, what am I? A scientist?

I like cats because they are furry. I’m infected.

I don’t know if you meant this.

Or this thingy below.

Either way, I’m concerns for both. At least one more than the other…

Also, thank you for putting me both in the purgatory’s reserve and FBI watchlist, really appreciated. 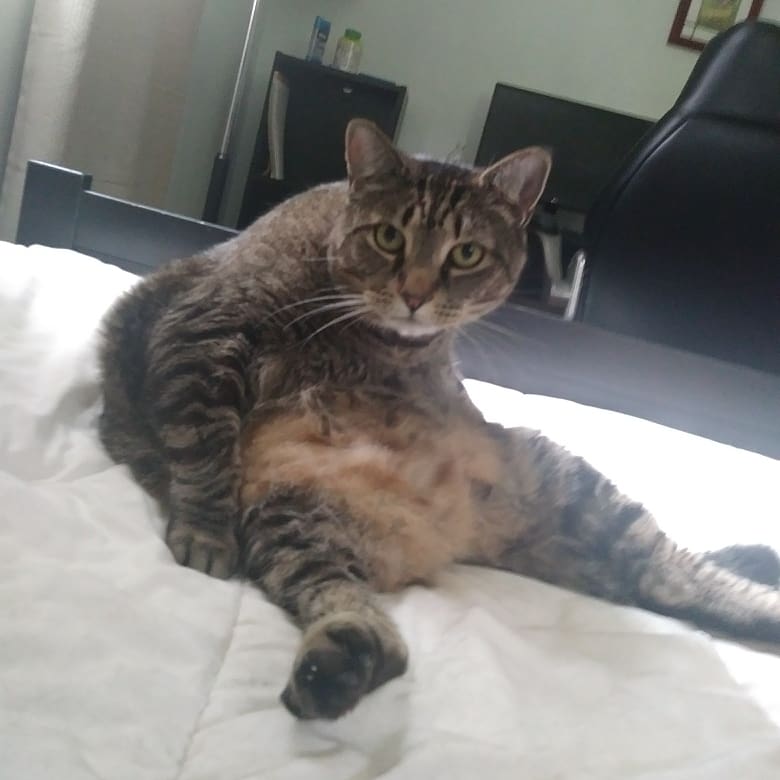 Yes that is a pretty cute cat indeed. We usually called them “Tuna-cats” don’t kno- wait a minute. Why is there a lotion over there?

That’s my deodorant bottle, and my vitimans.

maybe by the night they eats snake or maybe rat, because zombies smell rotten so those animals come to them because of their smells

But what if the zombies were actually alive people but infected. (yeah, I know zombies means Dead people that come back from death.)