Will we have new Turneds?

Personally I do not know if we will have new turns, I hope so. Personally, I expect such bizarre and frightening creatures as these. 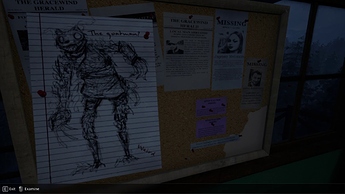 Now, tell me, how do you imagine the new Turneds of the game?

Yes, it is expected that we will have new types of the Turned.

I might be busy in the next few weeks so I’m gonna post this very unfinished draft with ideas for the Turned enemies. It might be more than twice the length of what is shown here if I finish it Introduction The Turned would be the new proposed enemy of Unturned II, reimagined from the standard green virus-born human zombies in the first game. It is described as “very dark, organic mutations and growths on the apocalyptic buildings, e.g. growths that spawn monsters or creatures attached to t…

I imagine the Turned as creatures of varying shapes and sizes,that some have kept their human charactristics and some look completely bizzare.

We can only assume currently because Nelson has not released many info about them apart from the basic idea behing them on the Trello page.

I imagine that some of the turned will be more or less be ordinary humans that have turned into zombies. In more dangerous areas that they’ve been in longer they may be more mutated. They may have eventually formed hives with “wall mounted grapplers,” spawners, and other growths. In their own dimension, and places where they’ve crossed directly into the main dimension of the game, (these places could be where the infection first crossed over, or maybe more turned are still coming across to new locations,) I’d expect to see some completely alien and inhuman forms of the turned.

These Turned are coming from an alternative dimension similar to the Upside Down from Stranger Things, so I think it is more than safe to say we’ll see some wacky shit. I’m definitely all in for this.

Of course, I also want to see humanoid Turneds, which look more like humans.