All about physics and animations (Update I )

This whole post goes about many different mechanics I’d like to suggest to be added, and current existing ones which I think that need improvement.

It was a big hype. Nelson showed us the player model and locomotion physics.

I know that it’s kinda late for pointing this up at this date and also trying to discuss it, and maybe it has been done before, but when I was watching it, I saw something that I consider is a BIG and serious flaw not just in the character movement, but also in the character model itself.

And it occurs when you turn while moving 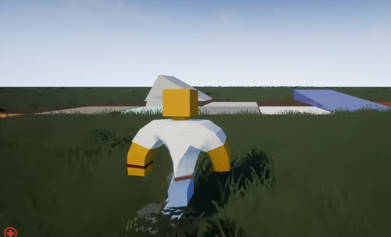 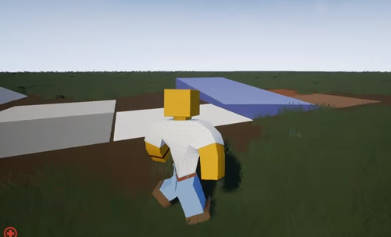 I realized that maybe the character model is way too wide compared on how thin it is. I felt that maybe the player moving around was made of clay or paper when I saw those strange moves right there, and I’ve inmediately thought: “something must be done about this. This can’t be the final product”. 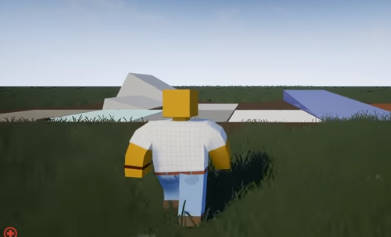 Some people were saying that 3.x player model is sort of fat and bulky, and I totally agree with that, specially having in mind that legs are ridiculously short compared to the rest of the body.

I’m not a programmer or anything, but I can see there’s some unpolished work over there. So, if you ask me how this could improve, I think that maybe resembling the 2.x player model, but improved and polished, could be way more accurate in regards to a better looking of the character and its movement. 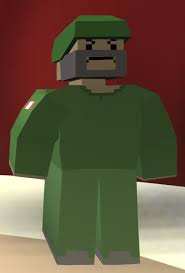 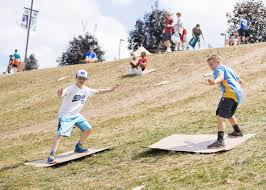 Without a cardboard, of course

This could happen automatically if a player runs toward a very inclinated slope. Could be even more challenging if you have to keep control on your sliding, or you might roll all the way downhill if you fall (sliding downhill is featured in The Stomping Land). 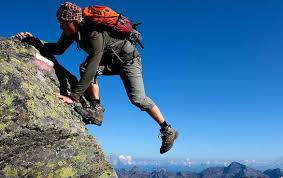 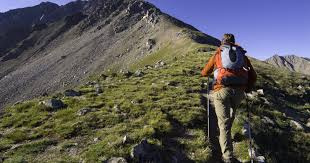 Against the previous feature, this would happen if you encounter with a very steep upgoing hill (on which you’ll walk slower), or a merely vertical surface you would be able to climb on. Using sticks to help you keep your balance on these situations may be a good addition, as well as surfaces capable of being climbed, aside ladders. This going with the hand of stamina of course, as it works on TLoZ: BoTW.

Holding to a gap 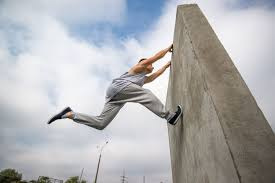 This to be done when you jump to a surface from below or atop of another and nearly miss it. This is meant for parkour skill improvement, general realism and better development.

This topic came up when I was at EFT forums (which I never visited again, lol), and is about Reloading stages.

When you reload a shotgun or any round-cased gun in most games, you go putting each round on the chamber and the count goes up until you fill the gun. In any case, you can interrupt the reloading to shoot again, as you introduce the rounds one by one.

In any other gun, it’s not like that. If you have to reload, and you had to switch to your secondary, the whole reloading process gets interrupted as well, since it doesn’t count you the new ammo as you didn’t let the game play the whole animation, which is absurd.

In 3.x this was sort of broken too; I used to “boost” my reloads just by pressing ‘R’ and quickly switching to secondary and back to have the gun fully reloaded without doing the animation, 'cuz it counts the ammo from the very moment you press ‘R’. Test it by yourselves, you’ll get your Dragonfang reloaded in just 1 second.

The model in this .gif is merely referential

So by separating reloading process in stages to make it more realistic, so that the process can be continued from certain step if interrupted at any point. In summary, for many guns this would be:

Working like this, you won’t have to do the entire process over again if you change weapons or conceal your gun while reloading (pain in the neck when using LMG’s or HMG’s)

Also, adding new different animations for the same gun depending on how much reloading skill you have (as it is on EFT), could be another good addition

That wasn’t meant to be suggested as replacement, LOL.

I like the reload stages,but about the others,nah,I don’t think that much detail is necessary for an indie survival game.

I hadn’t been able to tell what was wrong with the player model, but I think you may be right, the shoulders are too broad compared to how thin his body is.

Looks good, but it would be nice if you could choose to do a shorter version of the animation for removing the magazine where you let it fall rather than packing it into your inventory.

The 2nd point there is up to circunstances and by how will that work in regard to dropped or stored non-empty magazines. I just pasted the first example animation I found nearby xD it’s just a reference.

I understand that the animation was just an example. I was responding to this

Well, that’s the point, althought not been clarified. I’ll fix that.

He said he didn’t.

There is no way in hell that that model would become a unturned model. Maybe a roblox one but not unturned. `cough cough, robloxs future r30 model which looks way too realistic cough cough’

If you tap/click the little pencil below one of your comments, you can edit it.